The Toomer’s Oaks were a million years old. I mean 85 or something.

Check out this picture of one of the Toomer’s Oak on my shirt—ha, made you look!

Do Toomer’s Corner rollings trace their roots to A) Some turn of the (19th) century form of communication using ticker tape, B) Punt, Bama, Punt, or C) None of the above?

The latest mystery? The date and origins of the two marble eagle statues atop the main gate at the entrance to AU’s campus at Toomer’s Corner, which were temporarily removed Tuesday as a precaution against any damage that could result during the corner’s upcoming, possibly arch-tastic renovation.

The birds are probably fine with it, because man, they have been through a lot: possible vandalism, definite vandalism, hangings, sensory deprivation.

And that’s just stuff at Auburn. God only knows what they saw from on high up in Philadelphia and wherever else in the century before they got here.

Yep, according to a Plainsman story published when the eagles first arrived at the corner in 1961 (aha! now we finally know, no one did during the 2011 restoration) they were, at that time, 100 years old. (Meaning they were sculpted during, you know, the Civil War.) Not only that, they actually once stood sentinel atop the Penn Mutual Life Insurance Building located in Philadelphia’s Independence Square.

When this building was demolished thirty years ago, Mr. Alexander D. Irwin became the owner of the two eagles. Now Mr. Irwin has chosen to make Auburn the proud owner of the stone twins. The gift was arranged by W.C. (Red) Suggs of Kalamazoo, Michigan who is a former president of the Auburn Alumni Association.

Irwin was a prominent Philadelphia businessman in the early part of the 20th century, the kind of guy who gets dibs on eagle statues from demolition sites.

But according to a 2013 AU press release issued when the eagles returned to the corner, Anthony Miller, master carpenter for The Lathan Company, which handled the restoration, estimated the eagles were sculpted not with inferior Yankee rock but (more than just-down-the-road likely) good ol’ Sylacauga marble.

“Well, that is possible,” Miller said when asked if the statues could actually be 150 years old. “Weathering and acid rain make it very hard to determine how old a piece is. At the time (of the restoration), no one could give us any more information about them.”

UPDATE: Eagle-eyed Auburn Elvis has done it–he’s found a 1904 photo of the old Penn Mutual Life Insurance Building, and those definitely look like our birds… and their mom? Cause there’s three of them. 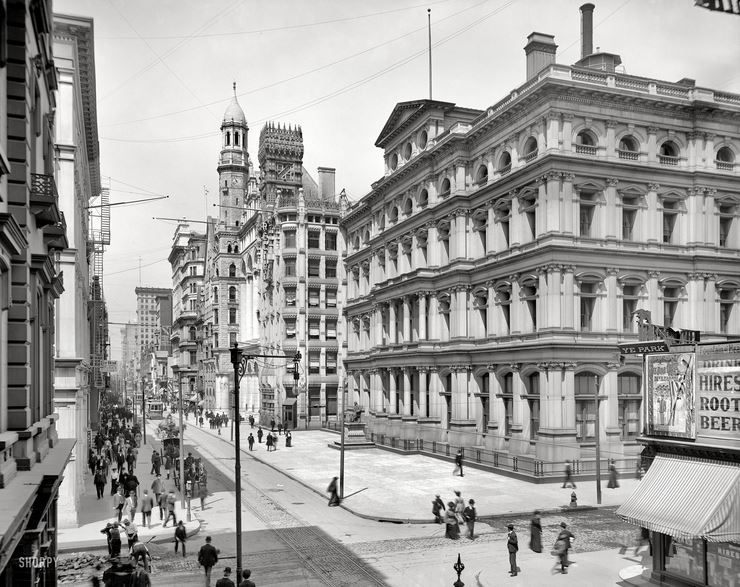 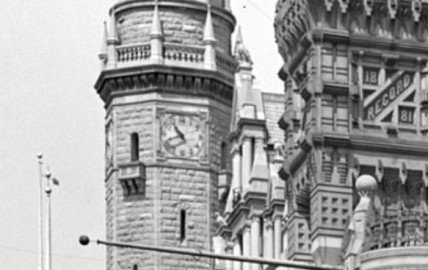 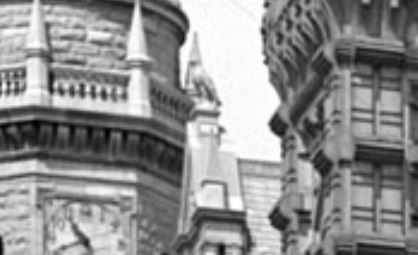 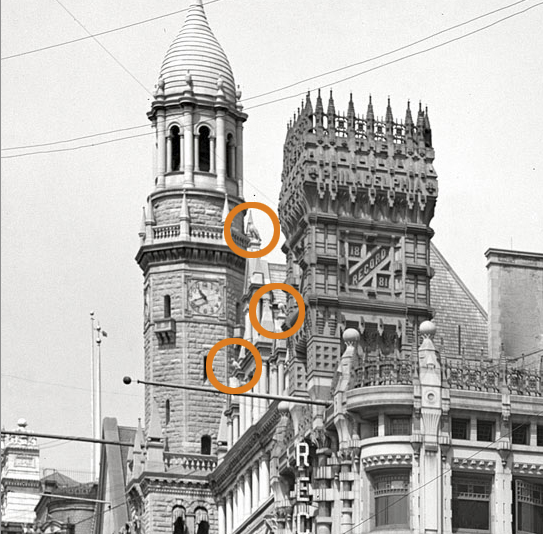 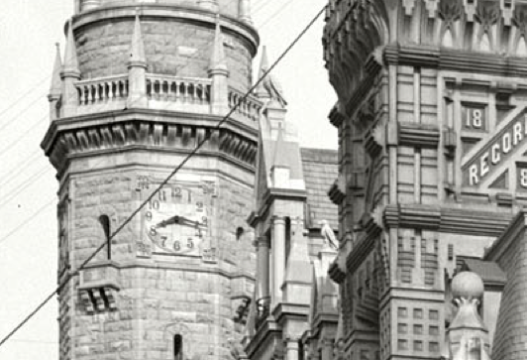 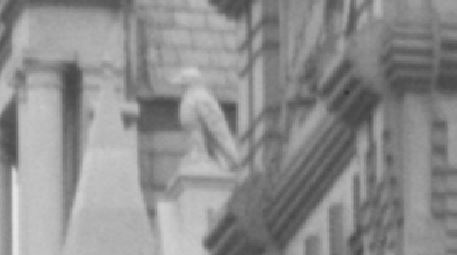 ANOTHER UPDATE: Now we know even more…

Related: Hear Anthony Miller about removing that red paint they found on the eagles.