Kate Upton is the Cam Newton of modeling world. So it only makes sense for Vogue to pair the two, if not in person, then in search engine, for a Super Bowl photo diary feature. Kate shares her photo from the big day, and Cam shares his. And voila, there it is: “A “War Eagle!”—at least his second of Super Bowl festivities—to introduce the photo of him showing off the “superb orange and navy on these dope Del Toro shoes.” 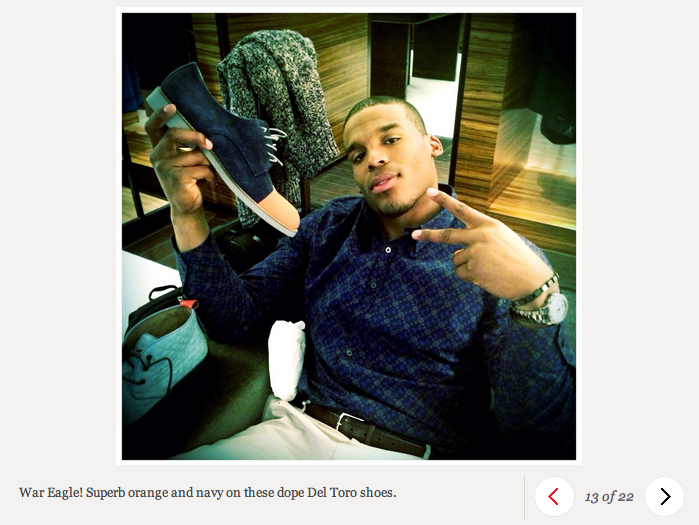 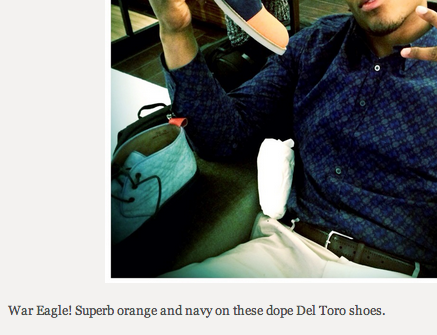 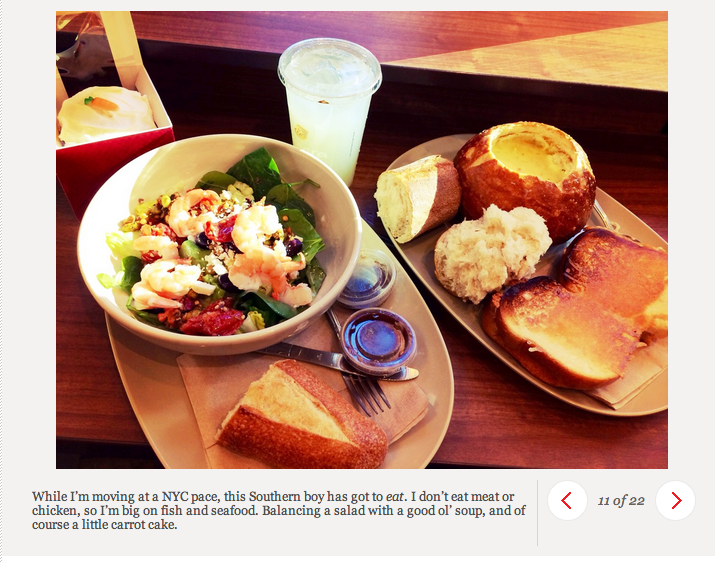 Speaking of Super Cam and super models, Cam’s presentation partner for this year’s NFL Honors Awards was Brooklyn Decker, the Kate Upton of 2011.

You can see the rest of Kate ‘n’ Cam’s Super Bowl photos here.