Auburn’s football season has been surreal. So Jean-Marie Cousset being so affected by it actually kind of makes sense.

Cousset, a French surrealist artist who has worked as an associate architect with Académie Charpentier in Paris (and tons of other things established artists do), typically spends a few months out of the year living with friends in Birmingham, friends who are Auburn fans. After watching Auburn’s incredible game against Georgia, he drew the Miracle in Jordan-Hare to give as a Christmas gift to one of those friends, Bill Miller, a 1968 Auburn graduate. But the miracles kept coming. Ditto the drawings.

Cousset’s work, according to a 2010 Birmingham News review of one of his American exhibits, typically “uses a mosaic-like technique of strong colors and highly imaginative interpretations.” Here are some examples. 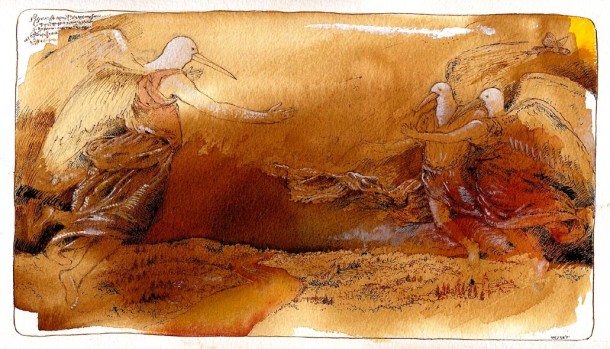 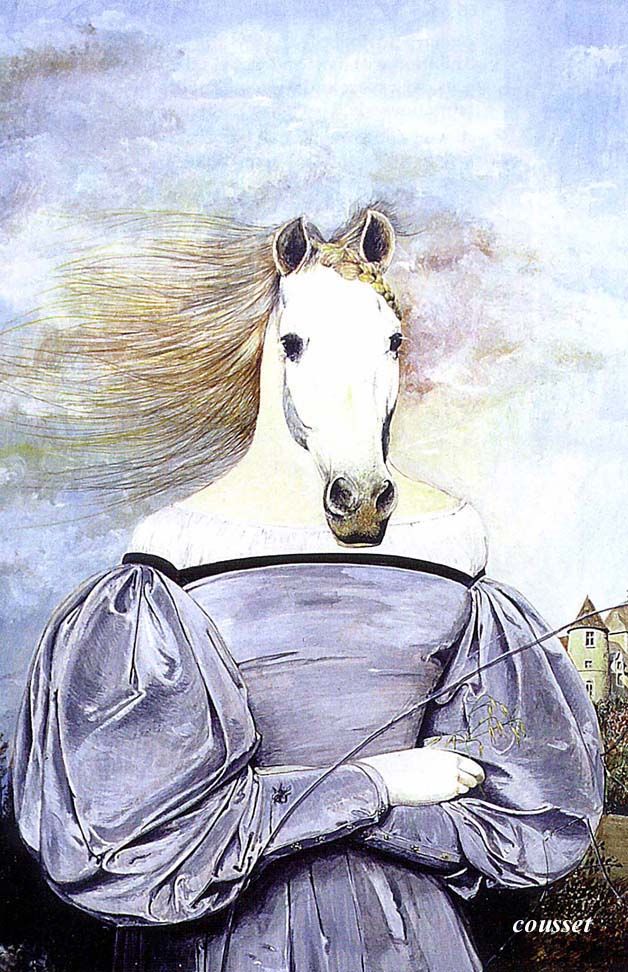 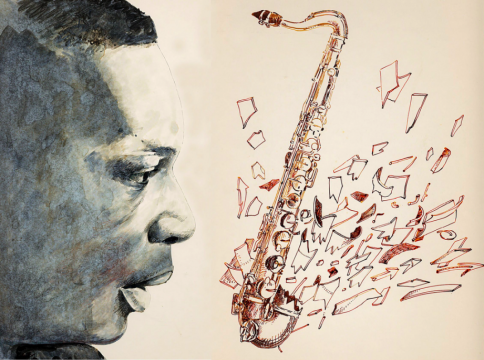 But in December, Cousset soon found himself moving on from storks and horses and John Coltrane, and instead churning out not just renderings of Ricardo Louis’ incredible catch to beat Georgia, but Chris Davis’ incredible run to beat Bama, and other sublime scenes from Auburn’s season. Tre Mason being Tre, Nick Marshall being Nick Marshall.

But in terms of his signature, surrealist style, the Georgia and Alabama games get the most attention. Oh, look, there’s Ricard Louis with a comet’s tail of arrows and lightning bolts and rockets. And hey, it’s Chris Davis with angel wings (starting now he shall be known as Chris Angel). 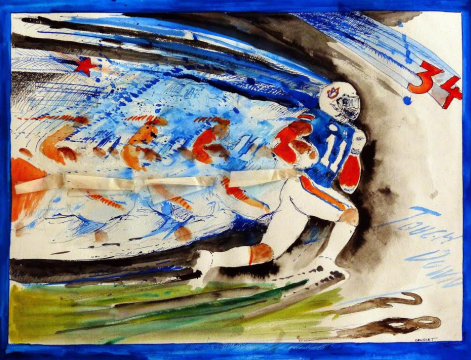 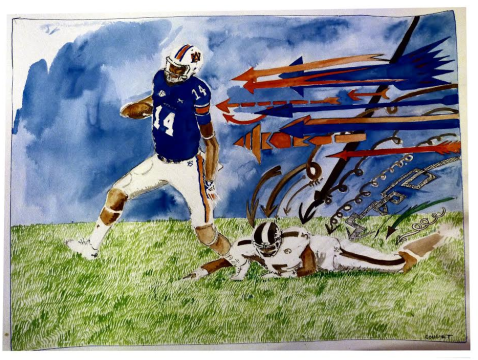 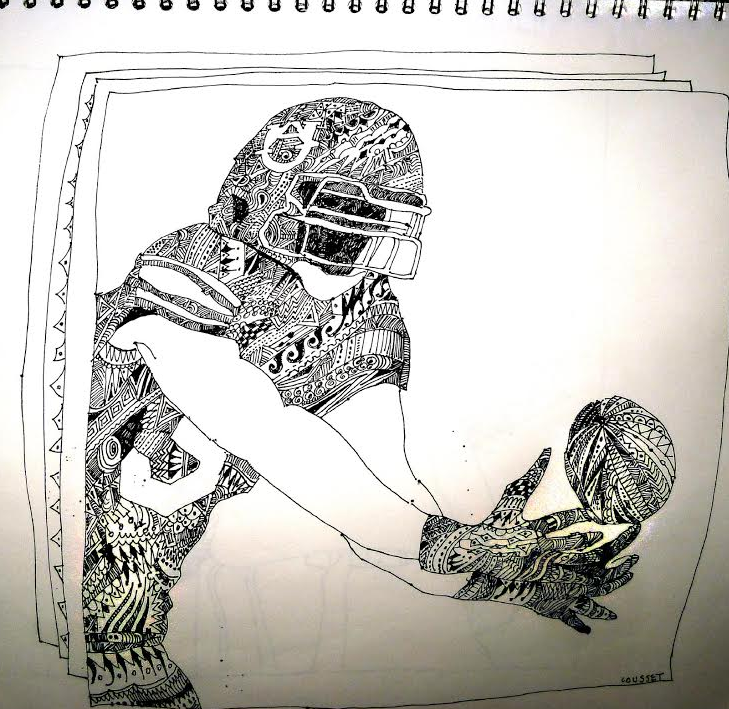 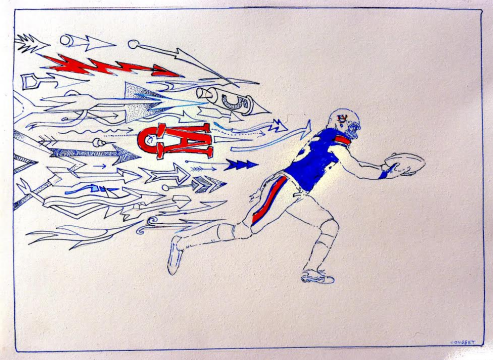 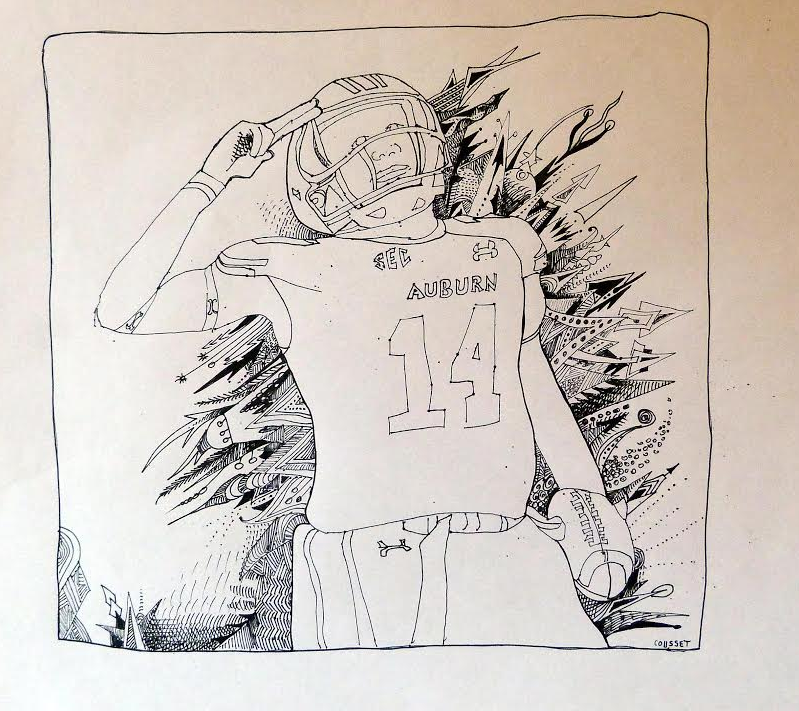 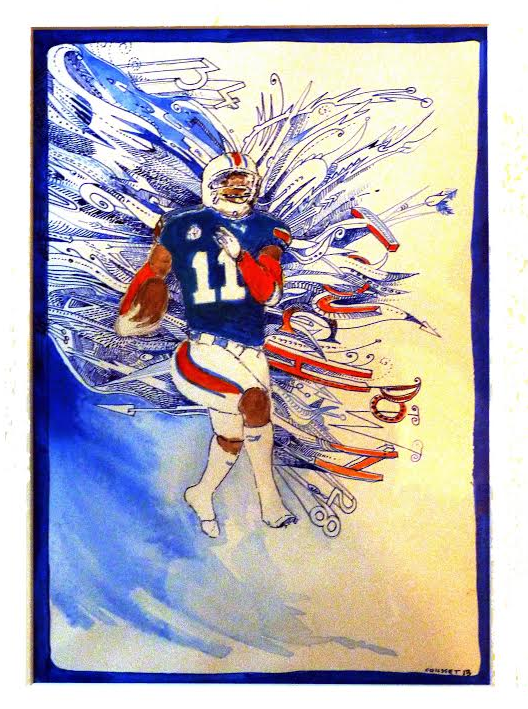 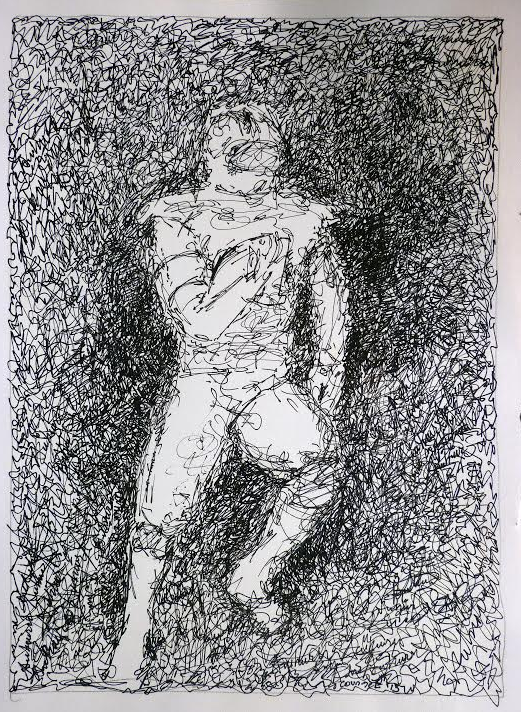 “I just saw the spirit and how crazy they (the Millers) would get watching these games,” Cousset says, “so I just captured the spirit of those moments in my art and the intensity and everything it meant to them. I saw how special it was to them, so it was special to me.”

Including what he gave as Christmas gifts, Cousset has produced more than 10 Auburn-inspired pieces using a brush and feather with paint, and acrylic and India ink. He says he became an Auburn fan in the process.

“It was a joy to watch the games,” he says, “but it was just as entertaining to watch the reactions when Auburn won.”

Cousset is putting several of his Auburn-inspired pieces up for auction. You can bid on them here. You can find more information on his work at www.jeanmariecousset.com