Depending on which forecast you go with, Auburn is expecting anywhere from 2 to 8 inches of snow tomorrow. But today students are dealing with at least 20 feet of mystery—specifically, a giant, blow up baby tethered to green space between the AU Student Center and Jordan-Hare Stadium. 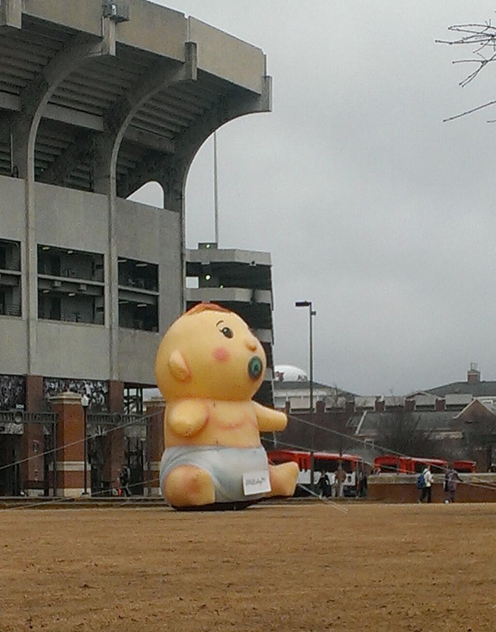 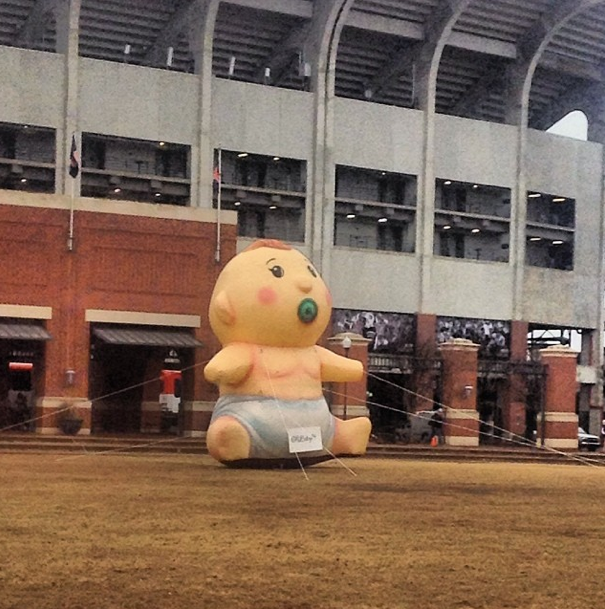 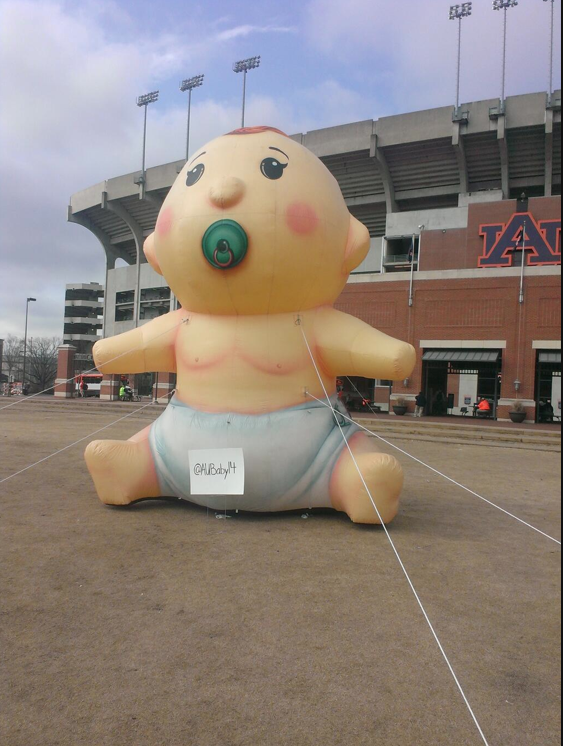 Just a prank? Preparations for a pro-life rally? “We haven’t heard anything about it,” sayeth the Foy Information Desk. But inquiring minds want to know.

UPDATE II: According to Michael Hood with Auburn Facilities Management, the baby, which he says was erected at some point during the night, does have permission to be there. Wood says the baby is part of the promotion for the AU Dance Marathon, which starts Feb. 1.