Another Iron Bowl loss, another attempt to shame Bama players into success.

After the 2010 Auburn game, Alabama coaches forced players to stare at Cam Newton every time they changed into pads in an attempt to inspire them to “NEVER AGAIN” allow the greatest comeback in Iron Bowl history. 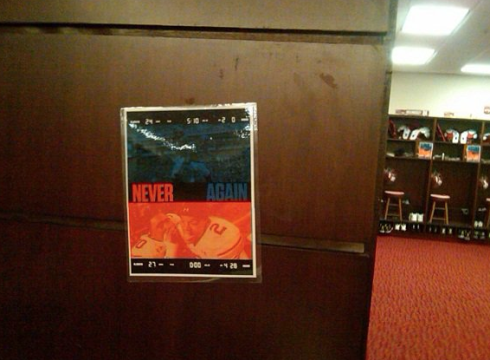 Thanks to the Tide now being on the losing end of the greatest Iron Bowl / football game in history, now it’s Chris Davis (and some dude from Oklahoma).

Word on the tweet is that poster has been placed in every locker. The message: “If you continue to do the same thing that you have always done you will get the same result. Guaranteed.” 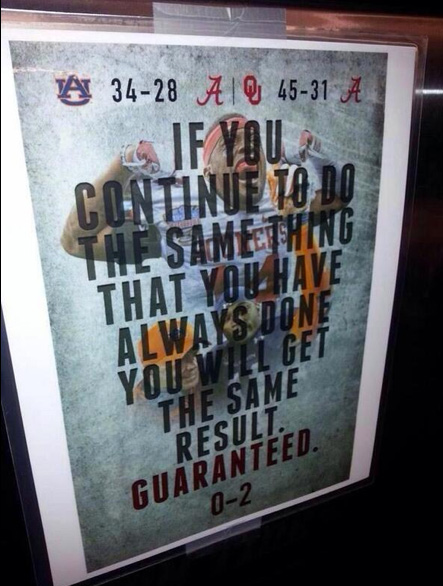