“One was at Foy Hall, 200 block of Thach Ave, and the other was Davis Hall, 100 block of Engineering Drive,” Mathews said. “We have not identified any suspects at this time.”

Auburn’s renewed rivalry with Florida State may have gotten got a little more renewed the night before the BCS National Championship Game.

Several buildings on AU’s campus were spray painted with “FSU” over the weekend. Reports of the vandalism began popping up on Twitter Sunday night.

Auburn student Christian Long, who reported that he found at least five instances of the graffiti, says an RA at his dorm claims the vandalism happened late Saturday night and into Sunday morning.

The back of Teague Hall, a residence hall in the upper quad, was twice tagged by the unidentified vandal(s). Other locations include stairs outside the old Foy Union (which appears to be in view of a security camera), and the stairs in front of Shelby Center.

The statues of Auburn’s Heisman Trophy winners have so far been spared.

The colors of the spray paint used appears to be yellow, red, and blue. 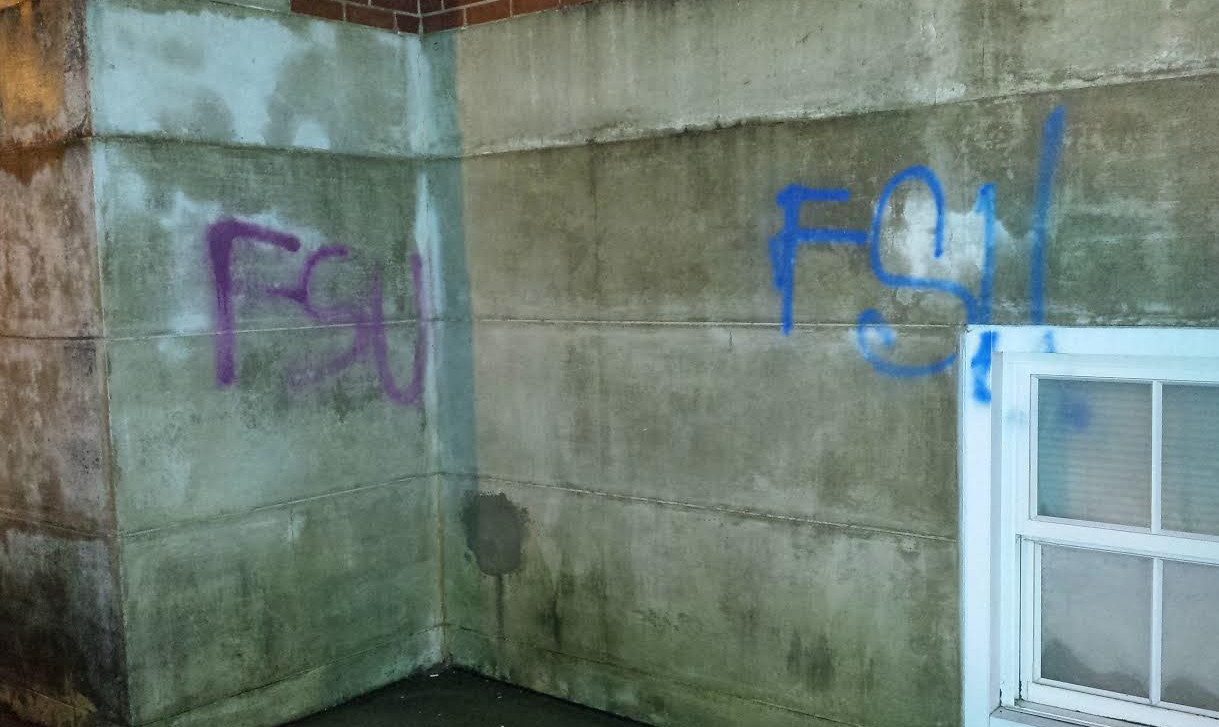 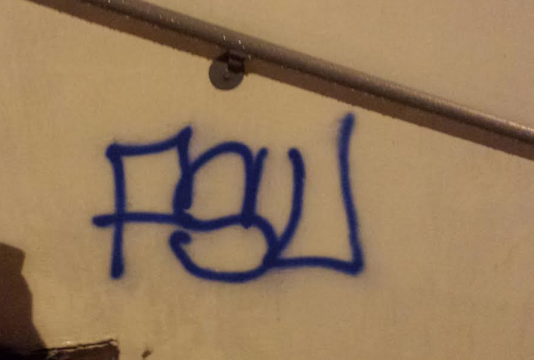 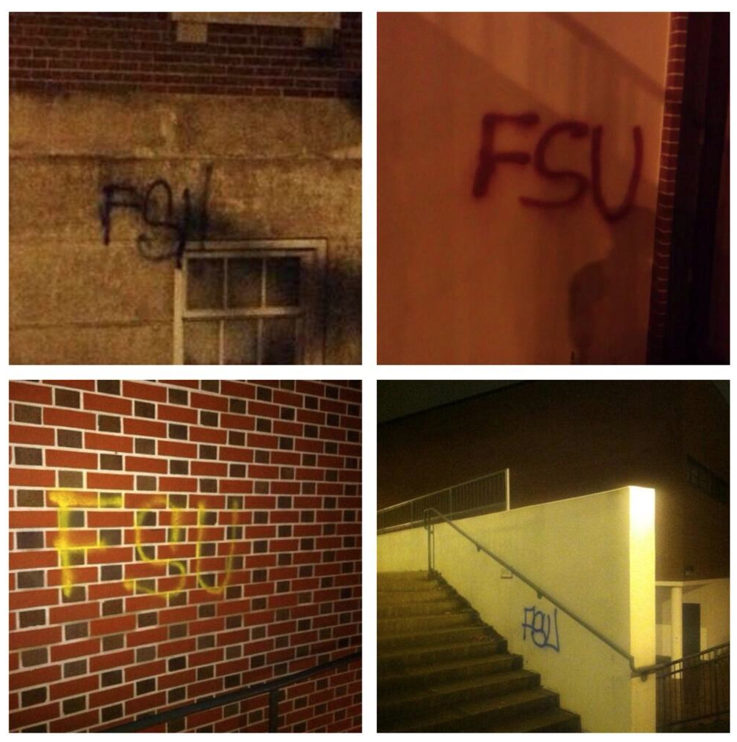 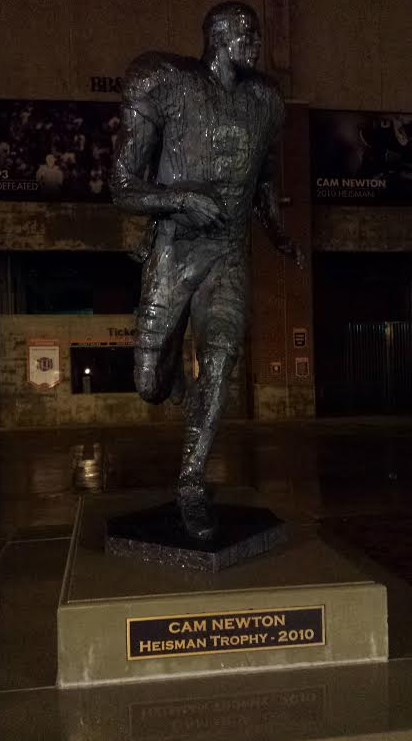 While the talentless vandals were having their way with Auburn walls, Auburn fans were creating art about in Venice Beach.

[UPDATE] Here’s another “FSU” on a window of the old Foy Union. [Photo: Charles Israel] 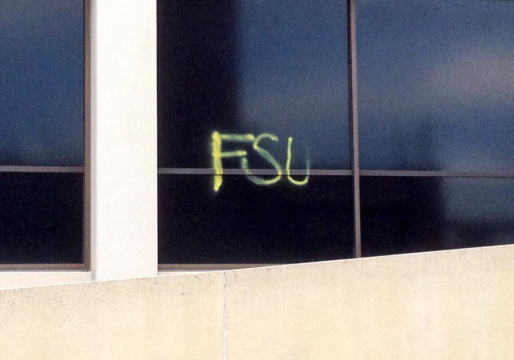