Dana Marquez (aka as of right now: Sew Right, Carl), the Auburn football team’s equipment manager is, like, a thing now.

Pat Forde is calling him the Male McKayla Maroney, because someone thought a photo of him looking sufficiently not impressed with the greatest play in football history warranted Photoshops of him being not impressed with the royal baby and the moon and stuff. But of course, his real claim to fame came when Auburn defensive end LaDarius Owens’ jersey was torn. Marquez sprang into action. The cameras zoomed in.

Since the game, he’s been interviewed by the OA-News and the New York Times and Forbes and everywhere else for various sidebars and newsy angles to the Iron Bowl. The phone has been ringing off the hook. He’s even being recognized around town now.

Just like night, he and his wife Liz were harassed by a website editor at Niffer’s, and on kid’s night, which meant Dwayne Reynolds, aka Dr. Magical, was there with his magic bag of balloons. Reynolds is a big Auburn fan. He watched the game on TV. When he was told the sewing machine guy was behind him, he was impressed. Reynolds sprang into action. The cameras zoomed in. 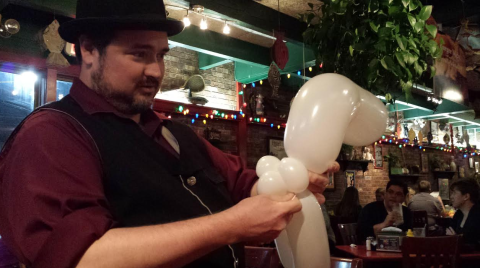 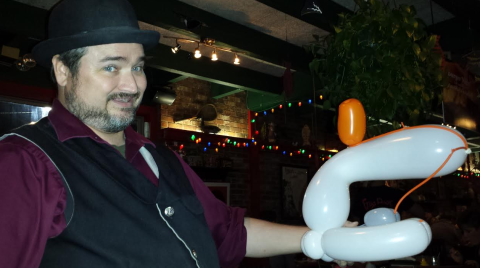 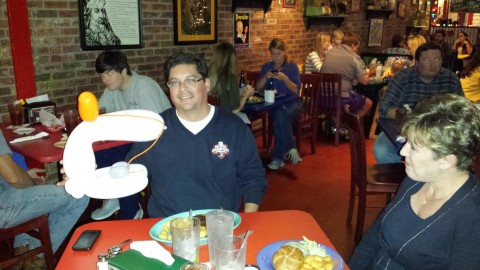