It was Auburn’s first regular season nationally televised game, back when there was only one game a week on TV, which meant it was Auburn’s first featured listing in TV Guide. Smiling Lloyd Nix and Co. treated America to one of the most dominating defensive performances in history. The defending national champions held Tennessee to ZERO first downs and minus 30 yards of offense.

Auburn won 13-0. It was the Tigers’ second season-opening win over the Vols in a row. 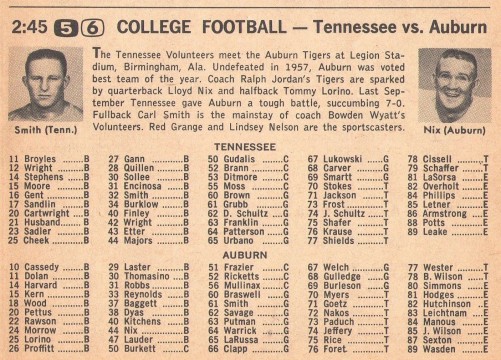 You can read a letter Shug wrote to the team before the Tennessee game here.