Looks like an editor for The Red Bulletin, which is apparently a magazine put out by the folks at Red Bull, had an unfortunate deadline. And can’t read conference rosters.

How  many things can you spot wrong with the projected Save The Date! BCS Championship Game scenarios in their January issue (besides the obvious)? 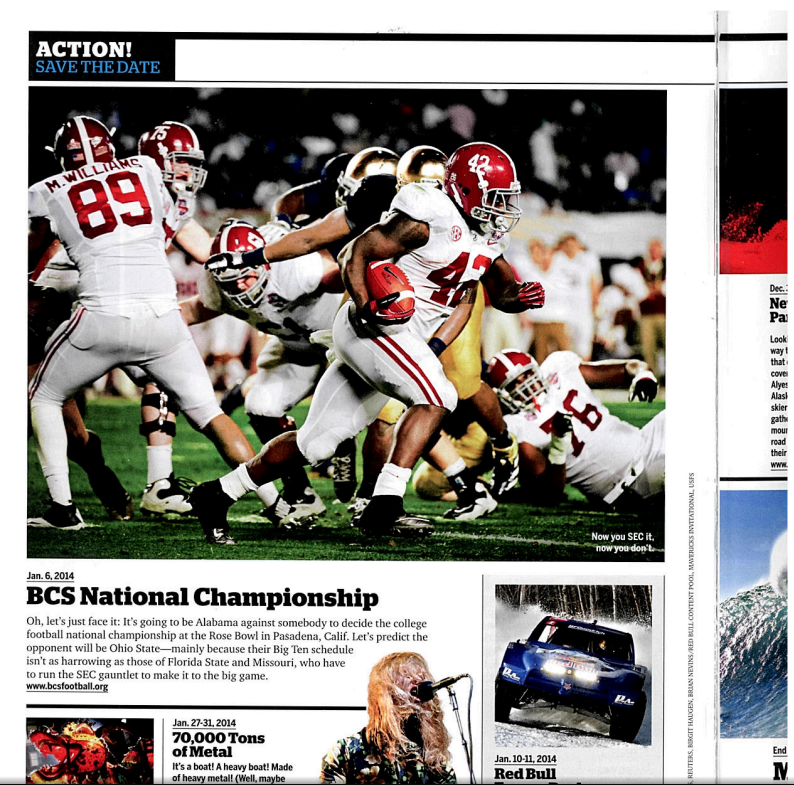 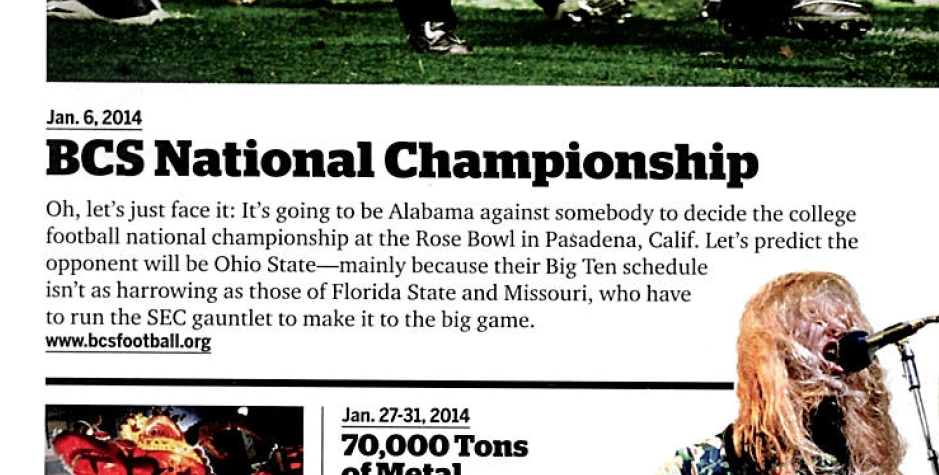 That’s even worse than that Atlanta paper.