“They were taking pieces of the hedges, pieces of the sod, whatever they could get their hands on,” says Auburn horticulture professor Dr. Gary Keever. “There were open holes in them (the hedges) from females cannon-balling into them. They put their coats down and would jump on like it would support them. One person tore an ACL, one broke an ankle. They found three cell phones.”

And, of course, there were the other remains.

But according to Keever, the hedges will be fine thanks to the common horticultural practice known as severe renewal pruning, which is pretty much exactly what it sounds like: Taking shears to the portions of the hedges with the most damage and clipping them almost to the ground.

The pruned pieces were taken to the old track on campus and placed in piles, along with other discarded items found on the field. 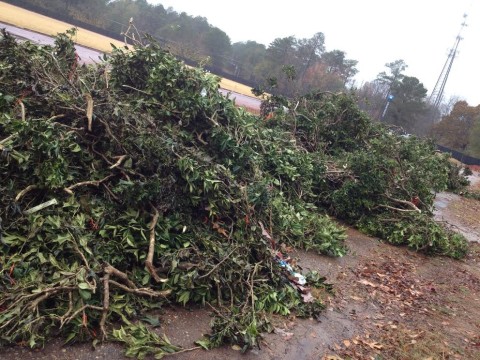 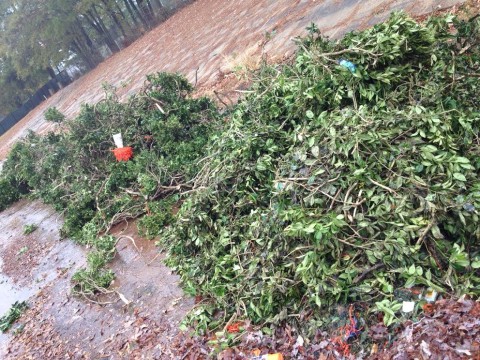 “There were whole sections (of the hedges) that were pretty much destroyed,” Keever says. “They’ll be dormant during the winter but they’ll re-sprout. They’re not going to look particularly good at A-Day, but by the first game of fall should be fine.”

Related: Did the Iron Bowl start an earthquake?