Auburn’s Rod Bramblett was named Play-by-Play Announcer of the Year by Sports Illustrated, the magazine announced in its Dec. 16 issue.

“This is a great honor being recognized for what has been a truly incredible season,” Bramblett said in a press release. “This award isn’t just for me, but it is for the entire Auburn IMG Sports Network crew which I consider to be the best in the business.”

“Bramblett was given two once-in-a-lifetime plays this year, and he delivered on both. Though his call of Chris Davis’s 109-yard dash in the Iron Bowl will be played for eternity, even better was his description of Ricardo Louis’s 73-yard catch of a tipped ball that gave the Tigers a 43-38 win over Georgia on Nov. 16: “A miracle in Jordan-Hare! A miracle in Jordan-Hare!”

Have to disagree with you there, SI. I mean, God knows the Miracle was miraculous, on the field and in the booth, but there’s a reason 25-year-olds from North Carolina were lip synching the OMG.

And speaking of, for a $10 donation to TWER (just make sure you include your address), you can turn your car into a Bramblettmobile! Or a Hot Rod, if you will… (Act fast, supplies are limited…) 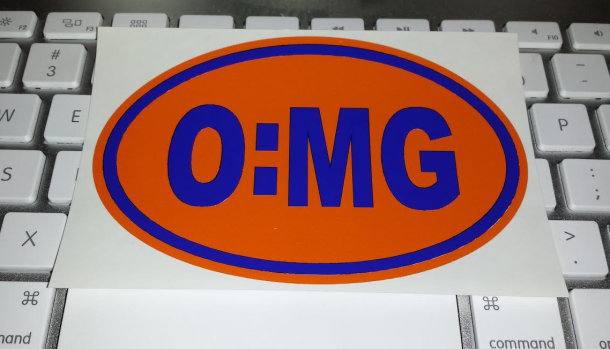 You can WATCH Rod earn the honor here.