“Punt, Bama, Punt” hadn’t yet rooted in the Auburn vernacular by the time the OA-News presses rolled out its first coverage of the 1972 Iron Bowl. But hey, “Auburn Does It” was pretty good. Because Auburn did it. They did it. And they did it again.

The OA-News ran a great story comparing the Amazins’ to the Amalzahns the day before the Iron Bowl. And they did the same thing thing the day after. Front page headline? Kick, Bama, Kick 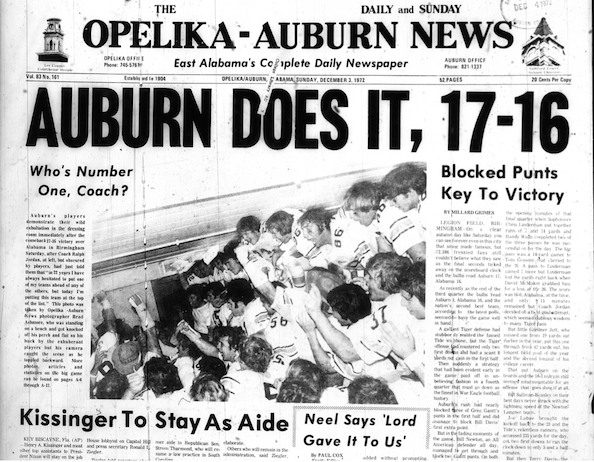 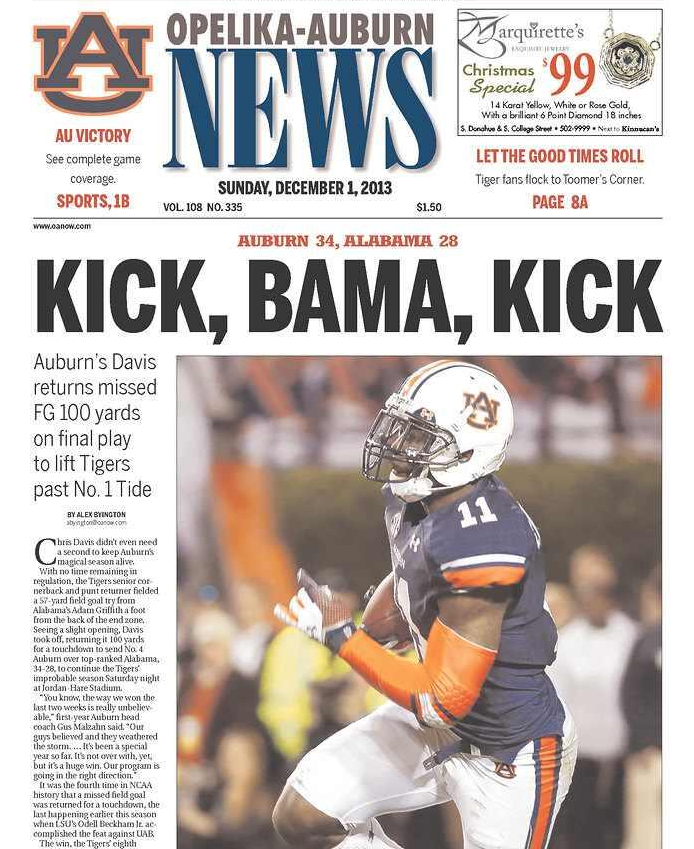