Just when you thought the perfect storm of Iron Bowl schadenfreude couldn’t get any more perfect, Alabama’s lone Heisman Trophy winner (they had to give it to someone that year…) is photographed in Auburn gear from head to toe, apparently the result of a lost bet (to New Orleans Saints teammate and former Auburn standout Will Herring?)…

“It probably is,” the receptionist in the New Orleans Saints front office said. 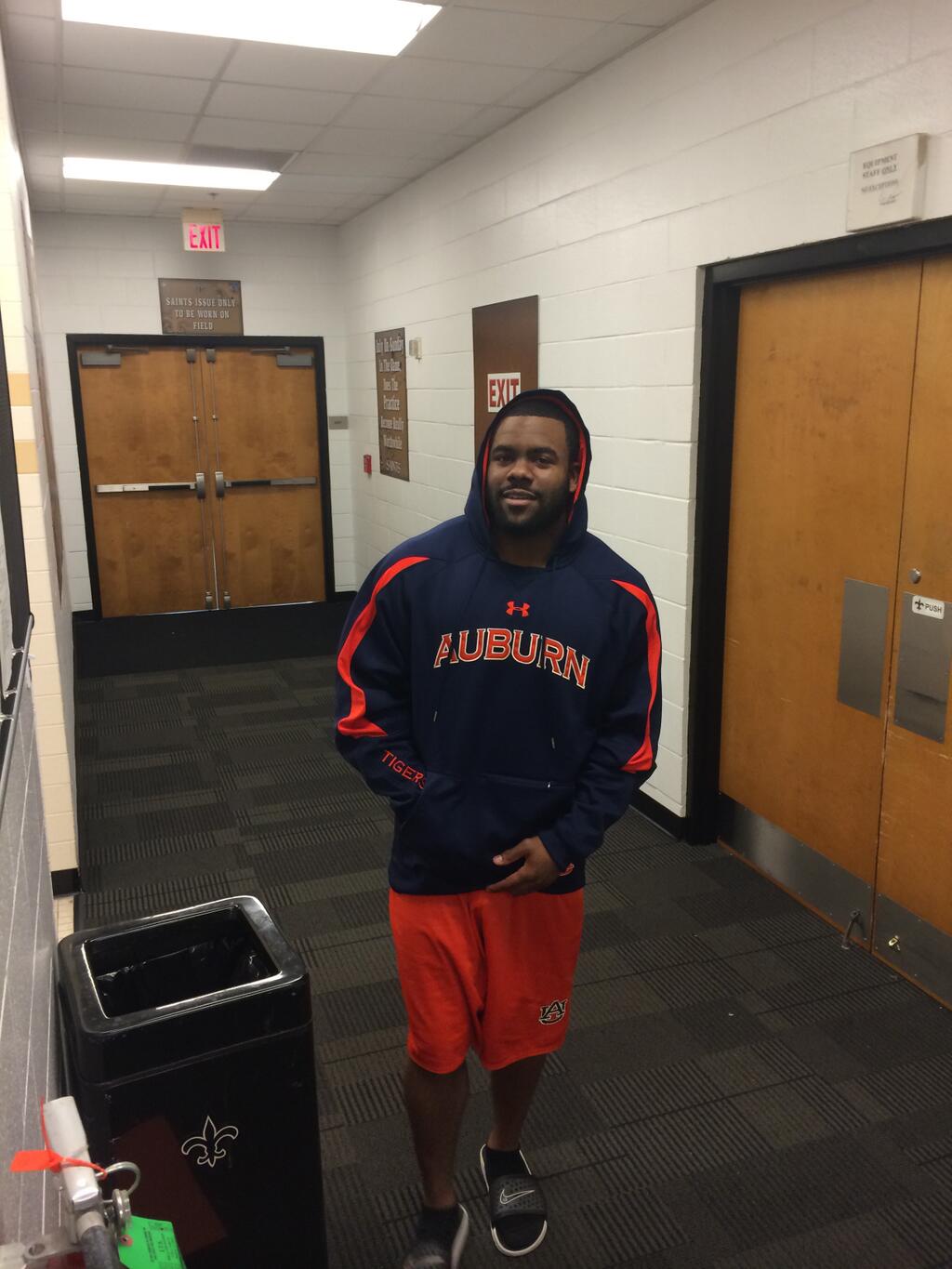 Of course it’s entirely possible that Ingram was just straight up converted Saturday night, like this woman.

UPDATE: Nope, it was a bet. 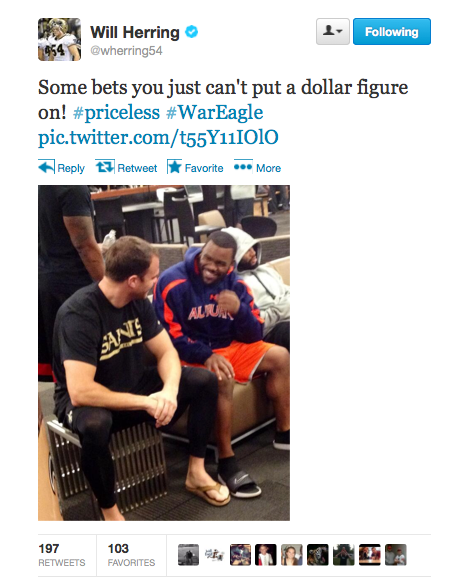