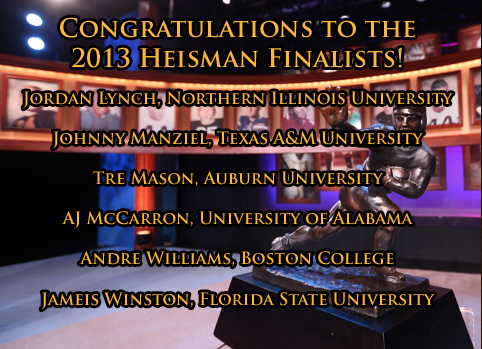 Tre Mason deserved to be named a Heisman Trophy finalist. He was.

“When I heard the news, I was in disbelief,” Mason said in a statement released by Auburn early Monday evening. “This has been such a season for our team and we are going to the national championship. For me to be invited to the Heisman ceremony, I am honored and blessed. I couldn’t have done it without my teammates; this is an honor for all of them also.”

Mason, who today was named SEC Offensive Player of the Year by the AP, has run for 22 touchdowns and 1,621 yards this season, 304 them coming in a bruising performance against Missouri in the SEC Championship Game that turned Mason from a long-shot fan favorite into bonafide contender for the trophy.

Related: The proBotional material of 1985.