1993, 2004—heck, half the time, Auburn can’t even win a national championship going undefeated. So this whole one-loss pride thing is going to take some getting used to.

(You can buy the shirt here.) 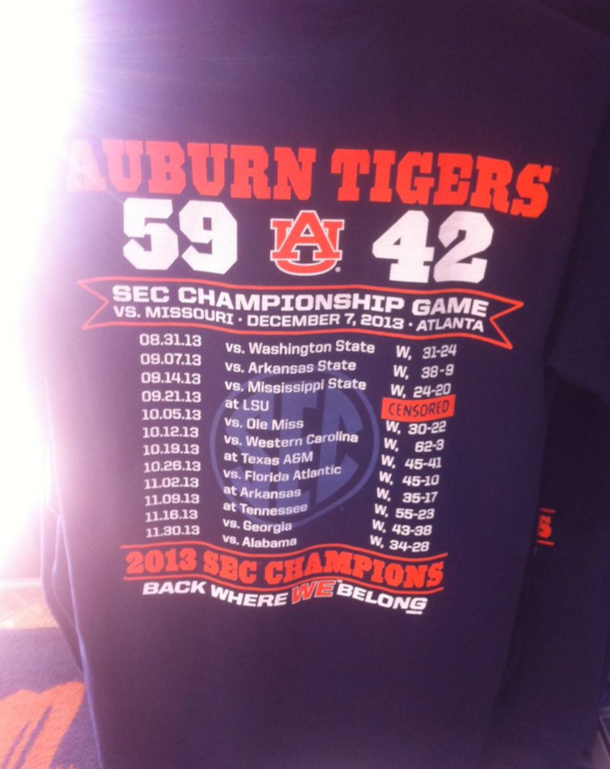