They used to say you can’t get there from here. And they used to say all roads lead to there. You used to have Lewis and Clark sensibilities, or innate spatial reasoning to deal with one of the 116 folds and the 342 permutations of a state map.

Now there is GPS, which is better. But even the GPS can be wrong. Or, at least, mine can. That’s what I say. Other people in the car say I don’t listen.

I say the GPS isn’t as handsome as this: 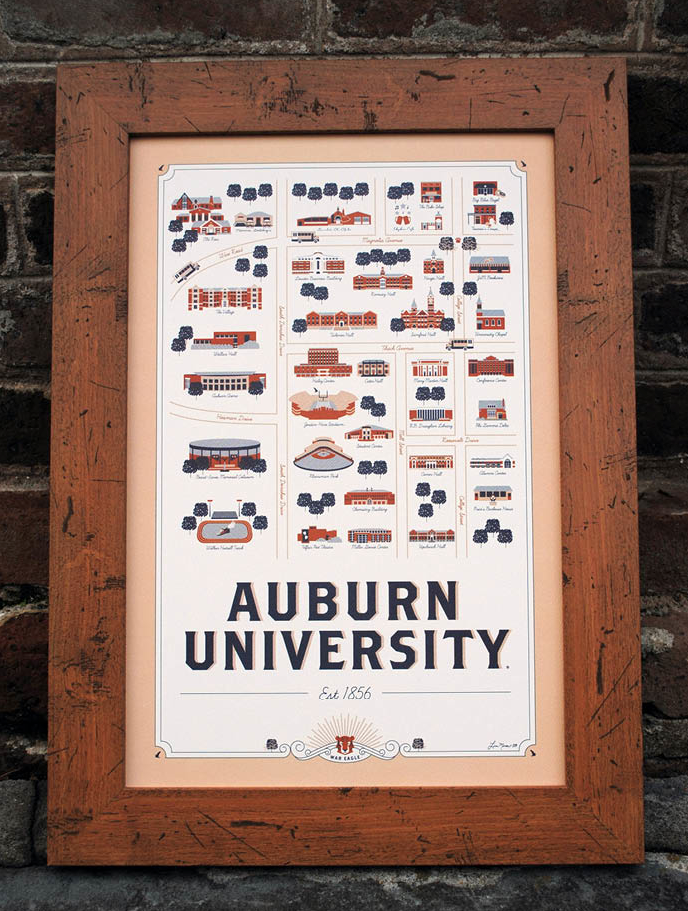 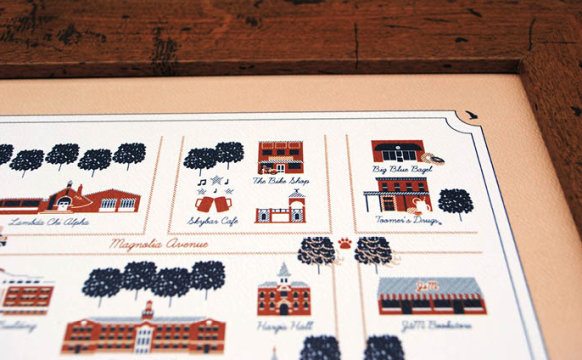 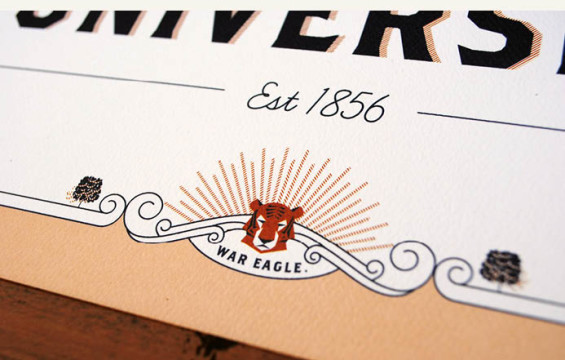 So, look, we know there is going to be someone who gets you a Christmas present that you weren’t expecting. Suddenly you’ll have that moment where you realized you have nothing for them. It happens. Just blame The War Eagle Reader.

You have this great gift for them, see, but TWER didn’t make it known to you until just now. And so you’ve got your order in and Auburn alumna Lisa Mosow is sending it your way just as fast as fingers will fly. The ’09 grad has a 12X18 print for you on environmentally conscious stock. It is a legit product. It is affordable art. And it is art. Also, a portion of the proceeds are going into the scholarship funds.

All we’re saying is a woman stopped us last Saturday between Mary Martin and Samford Hall. She was looking for graduation but, she said, she hadn’t been on campus in 30 years. If I’d had this piece of art on  hand I could have pointed to the Arena and told her that’s where she wanted to be.

See? Art helps the world. And it doesn’t sass you like the GPS.

You can order a map at www.auburnmap.com.