What are the chances of this happening? Who knows… chance really doesn’t seem to enter into things these days…

Auburn student Daniel Whitten got his ticket to the SEC Championship Game on Tuesday. He looked at it. Something seemed familiar. He’d seen that combination of numbers before…

… on the ticket he had for the 2010 SEC Championship Game. 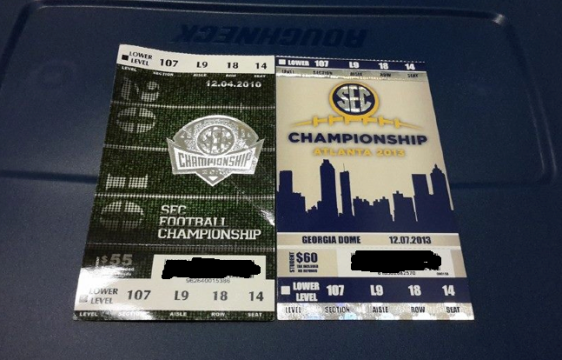 “You have got to be kidding! What were the odds of me getting the exact same seat that I had at the 2010 SEC Championship!?,” Whitten wrote on his Facebook wall. “Destiny… Fate… Or whatever you want to call it- This season is for real. War Eagle”