The 1949 Iron Bowl brought out the Amorak in several Auburn students, including T.M. “Mouse” Pruitt of Camp Hill and Bob Gene McBride of Talladega, who celebrated the Tigers upset win (14-13) over the Crimson Tide with parodies of “T’was The Night Before Christmas.”

Their efforts, printed in the Jan. 25, 1950 issue of The Plainsman, helped lay the foundation of a proud, forwardable tradition continued annually in Auburn message boards to this day. And on al.com. These were the firsts. Before they even was an Iron Bowl, so-called, for their to be a night t’was before, or something.

First up is Pruitt’s, which he titled: “Midnight in Birmingham” or “Ripple, Tide, Ripple! Drip, Drip, Drip.” The work is dedicated to Coach Earl Brown, who would be fired a year later, and “all dem Tigers.” Enjoy the adulation while it lasts, Earl! 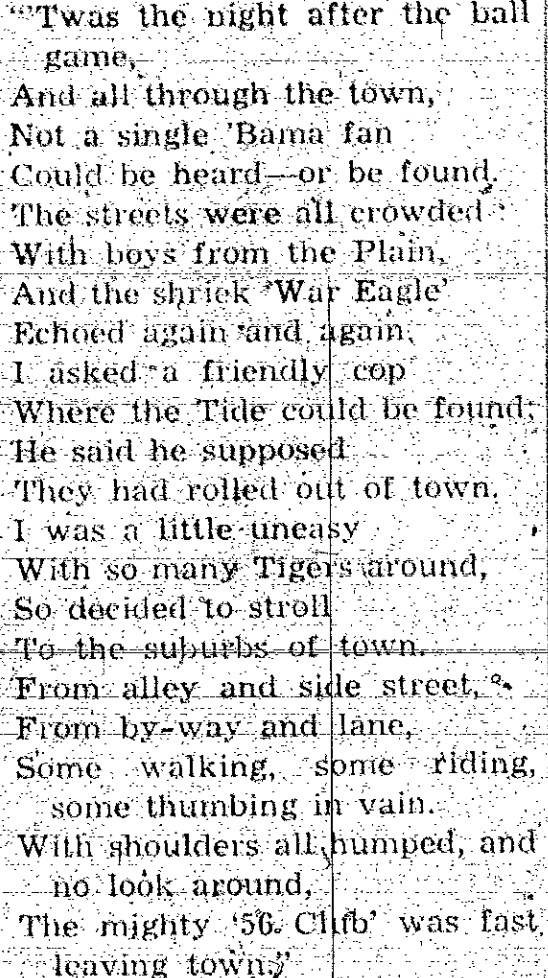 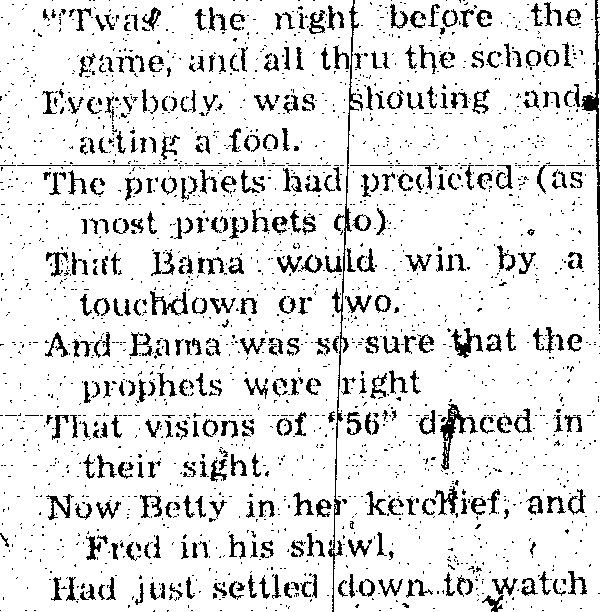 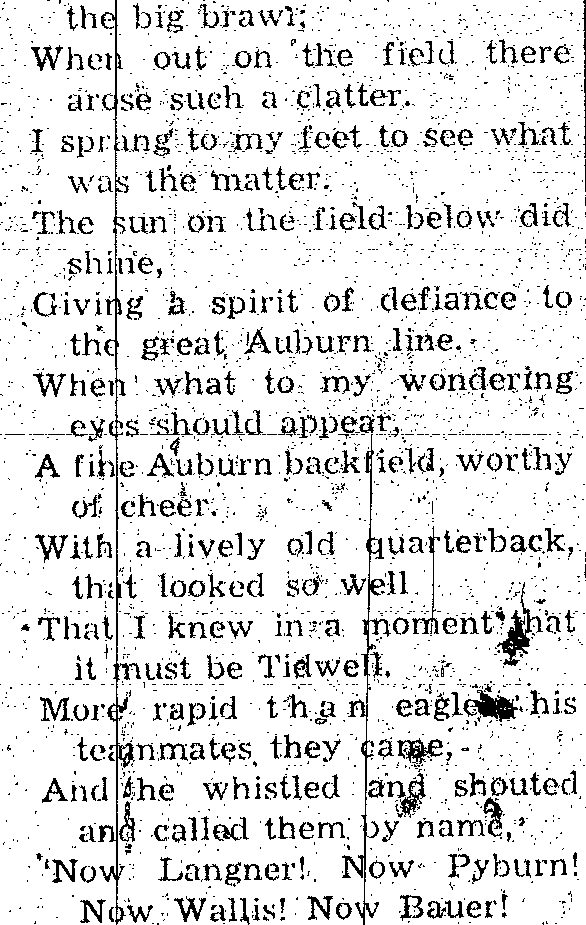 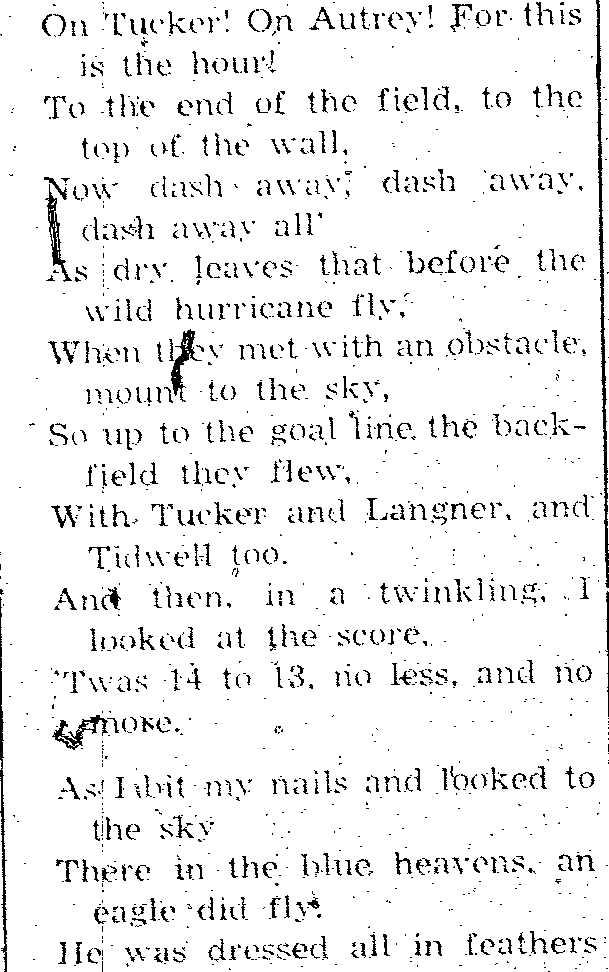 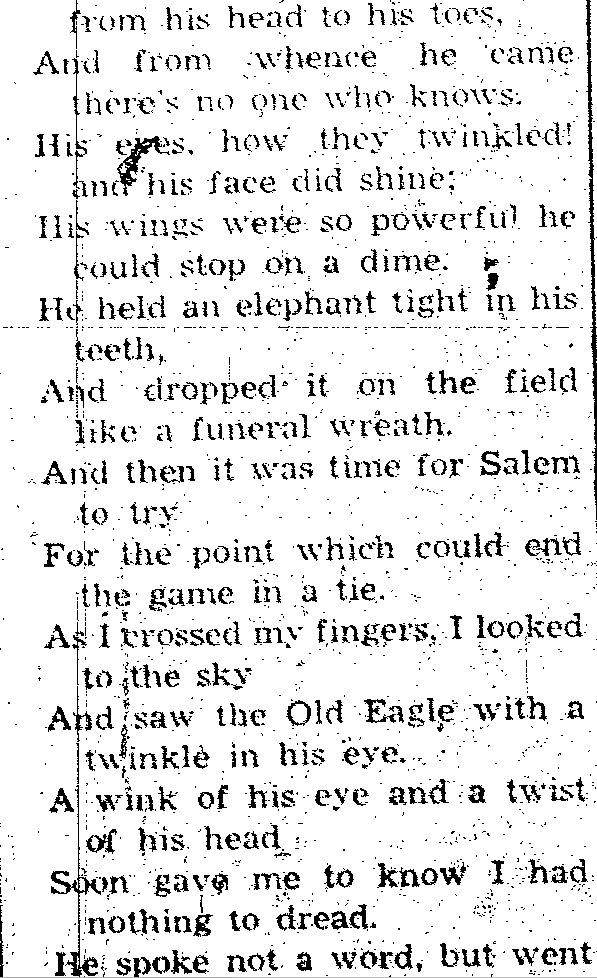 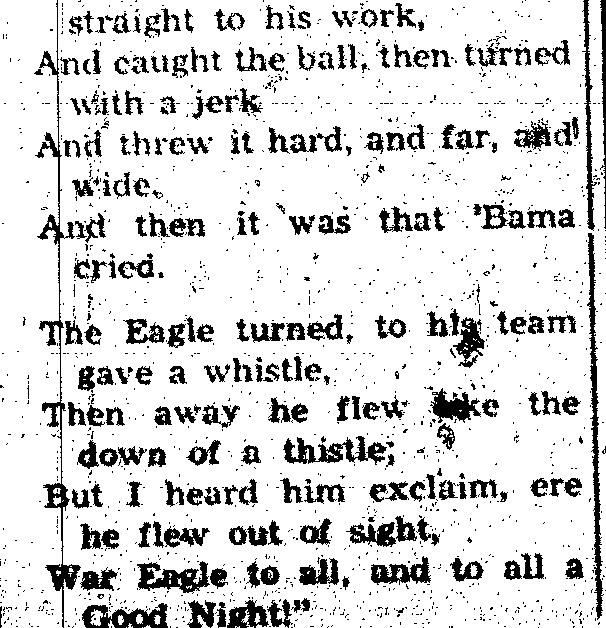 McBride held a reading of the poem for fellow Auburn students home in Talladega for the holidays. He seems to have had a flair for the dramatic. Immediately following the game, he called the King of England to tell him the score.