As the fourth quarter moved forward Saturday evening and Auburn’s twenty point lead disappeared and a sick feeling settled into the pit of every Auburn fan’s stomach, history waited to appear.    After hours of an insane roller coaster ride of a game, one more play waited.   And who would be on the receiving end of that play?

Ricardo Louis.  Who was somehow involved in almost every major turning point in this game.

While Louis had made some positive plays to that point in the game (three catches for 58 yards before the big pass and five rushes for 66 yards) he had also been involved in two of the worst Auburn plays of the game.   With about 8:30 left in the second quarter Louis caught a pass near the Georgia sideline and appeared to fumble the ball.   The ruling on the field was that he was down before the ball came out.  The Georgia coaches and players disagreed.  Mark Richt lost his cool and was penalized for bumping one of the officials and complaining about the call.  It was a key moment in the game – if Georgia recovered they would have the ball near midfield down 13-7 and with a lot of momentum.  Instead Auburn kept the ball and scored a few plays later to go up 20-7.

Late in the first half there was another critical turning point.  With 3:10 to go in the half Georiga took over.  After a penalty and a 20 yard pass to tight end Arthur Lynch, Aaron Murray threw the interception to Ryan Smith.  On the first play for Auburn, who carries the ball on the sweep around right end?  Ricardo Louis.  Two plays later he caught a pass to the left for four yards.  This drive ended with Tre Mason’s touchdown run up the middle.  Once again a huge momentum swing – Georgia went from moving the ball and coming back to seeing Auburn score again.

With 8:03 left in the game and Auburn facing third and three, Louis went in motion but somehow ran into Tre Mason and knocked Mason down right after Mason had been handed the ball.  This was a huge mistake that led directly to Georgia’s go-ahead touchdown.  How many thousands of times had Auburn practiced that motion and the timing of the snap and the hand off?

And then of course Ricardo Louis made up for it by pulling in the Catch to put Auburn ahead. The Georgia defenders made a few mistakes on this play.  First, the ball on this kind of pass should always be knocked straight to the ground, not tipped up and not trying to make an interception.   Second, there were three Georgia defenders in the area all three ignored Ricardo Louis.   Third, the one defender who did not tip the ball slowed down as the ball came in (#39 Corey Moore).  If Moore keeps running full speed as the ball comes in he might have been able to tackle Louis short of the goal line.

The Good and the Bad

Good:  There was a question going into this game about whether Auburn could run the ball with success against one of the better run defenses in the SEC.  Coming into the game Georgia was ranked  20th in the nation in rushing defense.  They held LSU to 77 yards rushing.  They held Appalachian State to 32 yards on 32 carries.

Auburn ran the ball 57 times for 323 yards and four touchdowns. 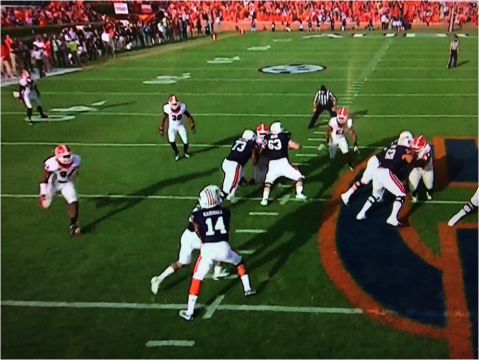 Good: Auburn can throw the ball against a good SEC defense.  Remember that after the Arkansas and Tennessee games where Auburn chose not to throw the ball because they didn’t need to, some wondered if Auburn could throw the ball.  That was answered in this game.  Auburn’s passing performance against Georgia was very comparable to how well Clemson and South Carolina passed the ball against the Dawgs, and those are two teams that don’t leave people wondering if they can throw it.  Can Auburn still improve in this area?  Yes.  But Auburn is not a one-dimensional offense in any sense. 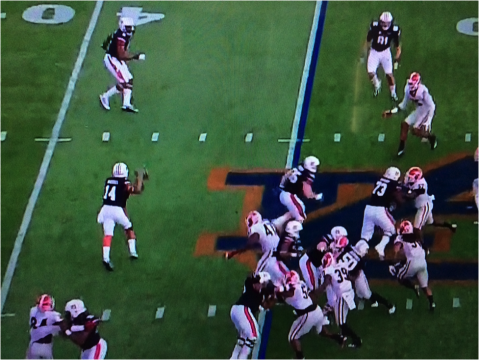 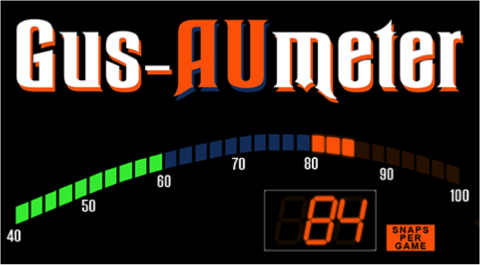 Auburn did finally pick up the pace at times in this game and kept Georgia’s defense off balance.   At times Auburn hurried to the line and snapped it.    At other times Auburn broke out the quick ‘sugar huddle’ close to the line of scrimmage.

There will plenty of time for hype and hyperventilation about the bBama game over the next two weeks.  For a moment step back and look at the big picture in terms of Auburn football.  This team is back in the top 10.  It has vanquished Johnny Football.   It has beaten Georgia in Jordan-Hare.  It has gone 3-1 on the road in the SEC.   Recruits are excited about the program. Whether Auburn beats Bama or not, it’s a favorite to go to the Sugar Bowl.

And when the 2014 pre-season rolls around Auburn will the favorite to win the SEC.  Here are a few of the impact players that SEC teams will lose this offseason:

* Indicating players expected to declare for the NFL draft.

Auburn (Go ahead – watch the catch and listen to Rod Bramblett’s call again. We will wait. Ok?  Good.)

Missouri (Can they win at Oxford this week with the pressure on?)

Texas A&M  (Johnny Sack visits Baton Rouge!  Time to make popcorn and enjoy this one on our bye week.)

South Carolina  (Your game was so boring you stopped it to watch the end of the Auburn -UGA game?)

Vanderbilt  (As we predicted – a solid team but the tougher schedule doesn’t show it.)

Tennessee (Focusing on beating Vandy to save their season.  Ha ha)

MSU  (They were semi-competitive with bama for about 10 minutes.)

Arkansas (Gets to host MSU! A chance for an elusive SEC victory!)

Kentucky  (Maybe they can catch UGA in a huge hangover from the Auburn loss?)

Related: Listen to John and Van react to you know what.