It’s Tennessee week. We have the 1972 game. And the ’71 game. Here’s the 1970 version. We counted 29 turnovers (that’s when we stopped counting), one Sullivan to Beasley touchdown bomb, one safety, one Shug towel shake, and at least one gender role reversal on the Tennessee sideline. 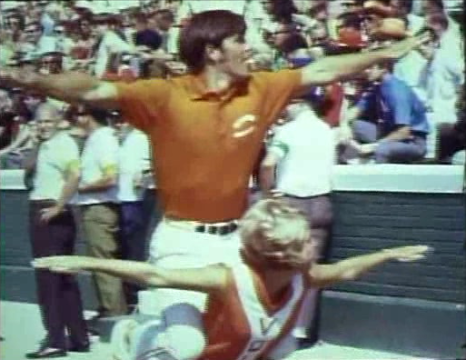 But gender issues were apparently on minds of everyone that day, not just the Volunteers. Here’s a still from the Auburn University Marching Band’s halftime show. 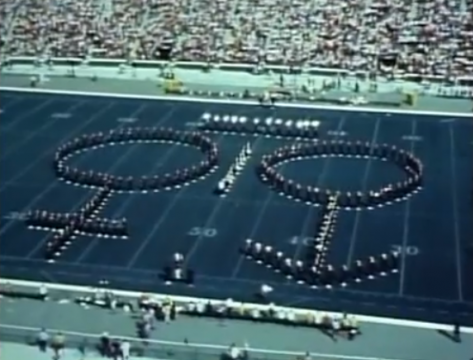 All in all, pretty wacky game. At least we won. (Can’t see the video? Try here.)

Listen to the songs:  “The Sullivan to Beasley Express” and “The Legend of Pat Sullivan.”