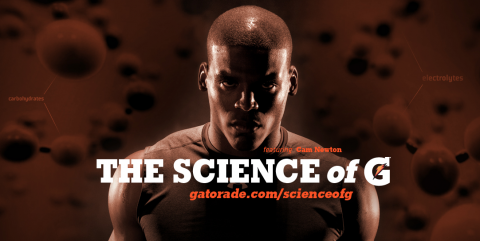 Gatorade is getting the most out of its sponsorship deal with Cam Newton. And what with that Patriots-beating performance on Monday Night Football, the timing couldn’t be better.

The Blessed (and totally hydrated) Individual’s body “serves as a virtual guide showing what happens internally during play” as part of Gatorade.com’s new interactive “The Science of G” section. It’s wacky, cool, and uses something called Hybrid Medical Animations “to create a first-of-its-kind experience that illustrates how specific fuel affects athletes.” 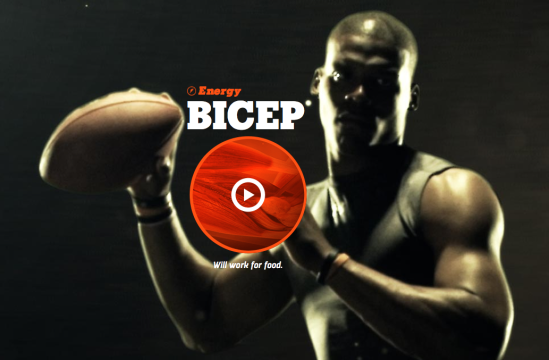 They’ve also asked DC Comics to turn the Auburn student into a superhero, i.e. to bring the superhero to life in a comic book. 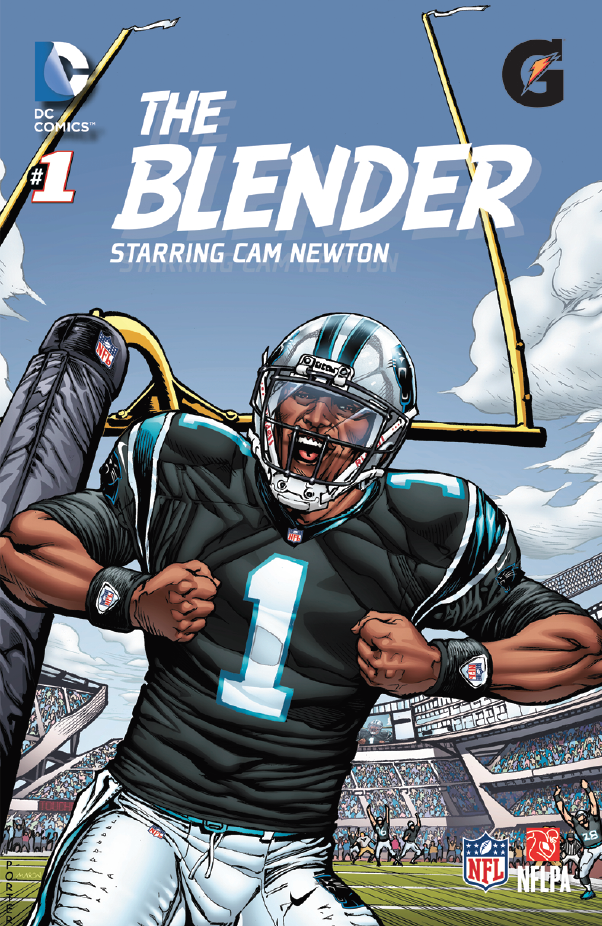 Additionally, Gatorade has partnered with DC Comics to create the “Freaks,” an animated comic featuring narratives of how Gatorade athletes J.J. Watt (2012 AP NFL Defensive Player of the Year) and Cam Newton (2011 AP Offensive Rookie of the Year) became the star athletes they are today. Each comic storyline was developed by Watt and Newton to convey what they believe fuels their respective pursuits of greatness.

Newton, as his alter ego “The Blender,” is a multi-faceted athlete who can hurt opponents with his arm and legs. In his tale, Newton tells a young fan to take his advice and not to replicate his favorite athletes, but to learn from them and adapt their styles to his abilities. Newton learned that lesson from his father at a young age and incorporated his favorite players’ skills to become “The Blender.”

Here’s some shots of The Blender in action. 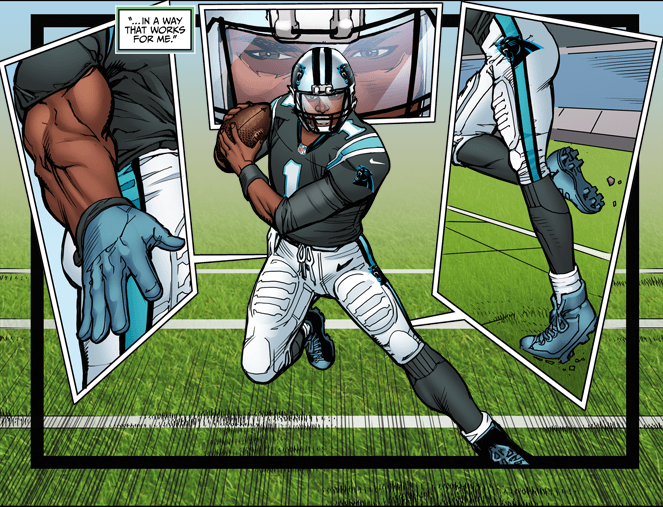 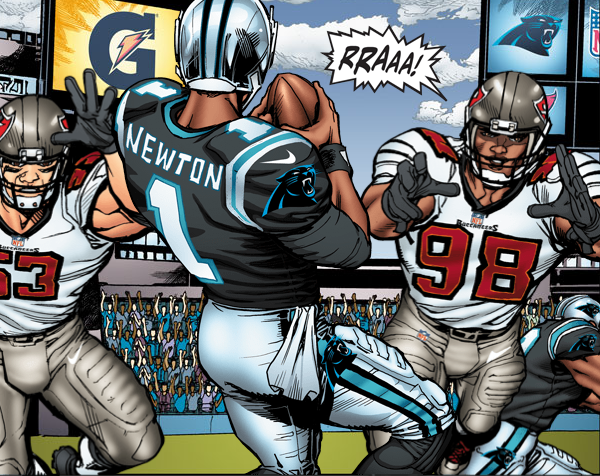 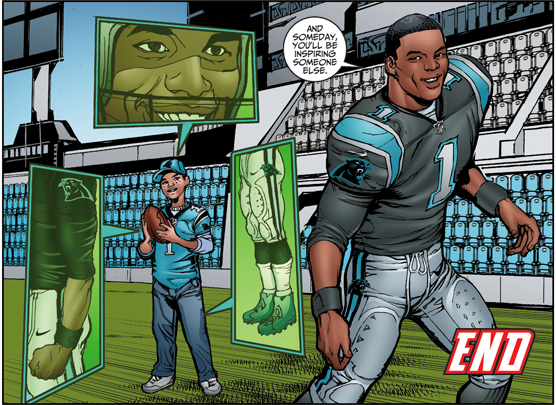