Those Auburn fans sick of feeling like pariahs for wearing blue to Jordan-Hare are in luck. The Athletic Department is encouraging everyone to ditch the orange Saturday, designating the Iron Bowl a “True Blue” game. The purpose? To make the orange shakers they’re planning to pass out to people (they’ll be waiting for you in the stands) really pop.

Whether deliberately or coincidentally—and when it comes to harnessing the mojo of Auburn destiny (did we mention Saturday is Bo Jackson’s birthday?), it really doesn’t matter—the edict provides yet another parallel between Alabama’s first trip to Jordan-Hare Stadium and their first trip to Jordan-Prayer Stadium.

In 1989, Auburn’s SGA Spirit Committee routinely distributed 2,500 to 4,000 orange and blue paper shakers to students before Auburn home games.  “For bigger games, like Florida and LSU, we come close to giving out 5,000,” Spirit Committee chairman Butch Parsons told The Plainsman in 1989.

“For a game with the magnitude of Auburn vs. Alabama, we wanted everyone to have a shaker,” Parsons said. “With national TV coverage, and this being the first time the game is played in Auburn, it’ll add to the excitement.”

How many shakers does Auburn plan to pass out this year? According to Cassie Arner, Auburn’s Assistant Athletic Director for Public Relations, you guessed it—60,000.

In 2013, that ain’t no thang. It took a bit more effort to secure 60,000 shakers 24 years years ago. The spirit committee actually had to ration shakers throughout the season to hit that number for the Iron Bowl. And they weren’t even sure they would be delivered in time. But the shaker company, Windcraft, was probably motivated.

“The shakers will come in, hopefully, on the Wednesday before the game,” Parsons said. “Windcraft gave us the time to raise the money, but if the shakers aren’t here on time, they don’t get their money.”

Here’s the Plainsman’s story on how the SGA created its the sea of orange and blue (and the accompanying orange and blue haze hanging over the stadium that no one fails to mention when reminiscing about That Day). Click to enlarge the heck out of it. 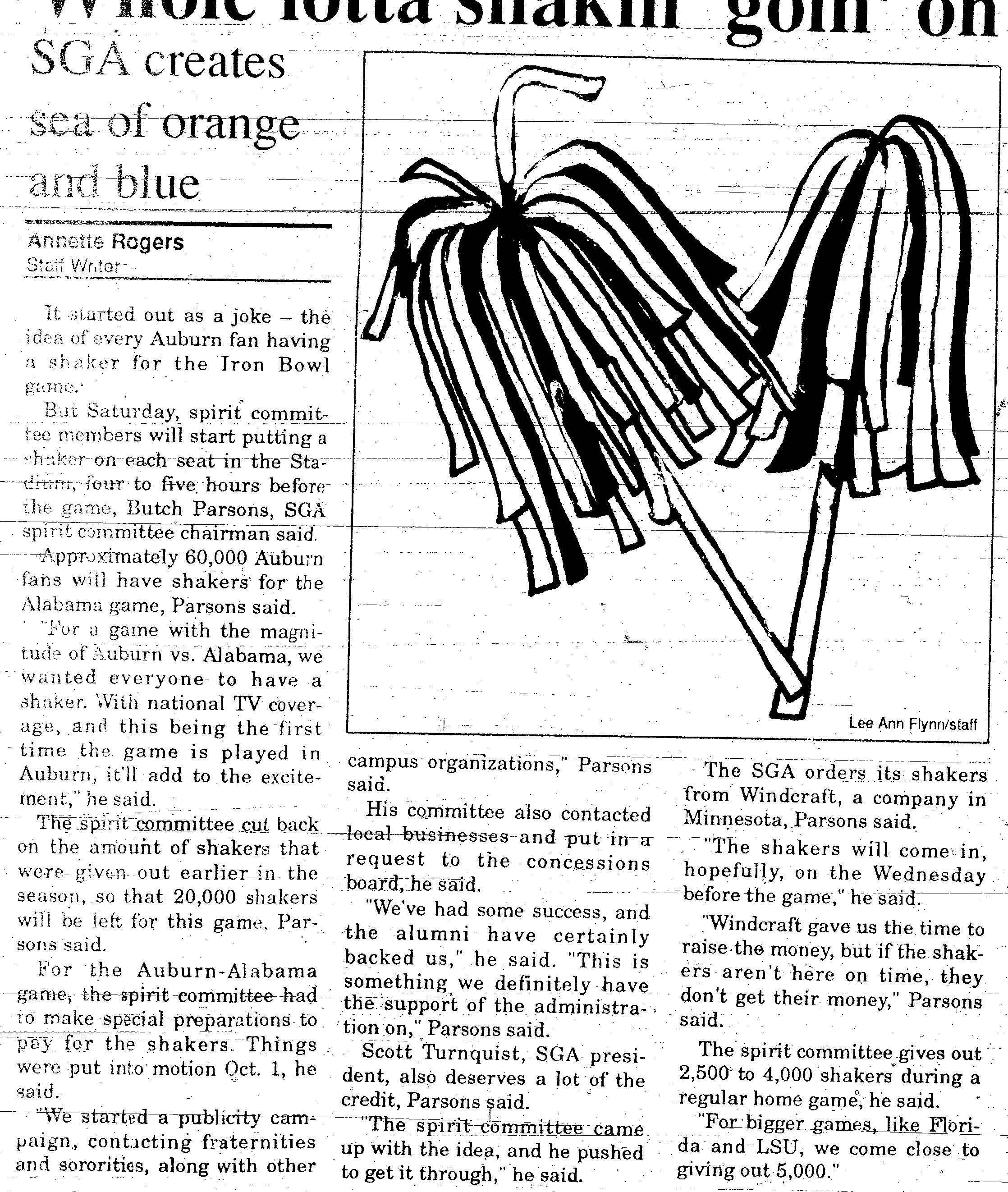 UPDATE: And there they are (photos: Auburn SGA): 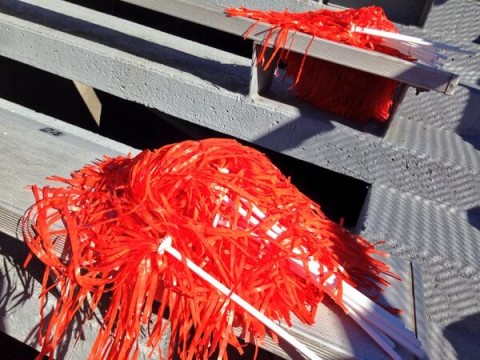 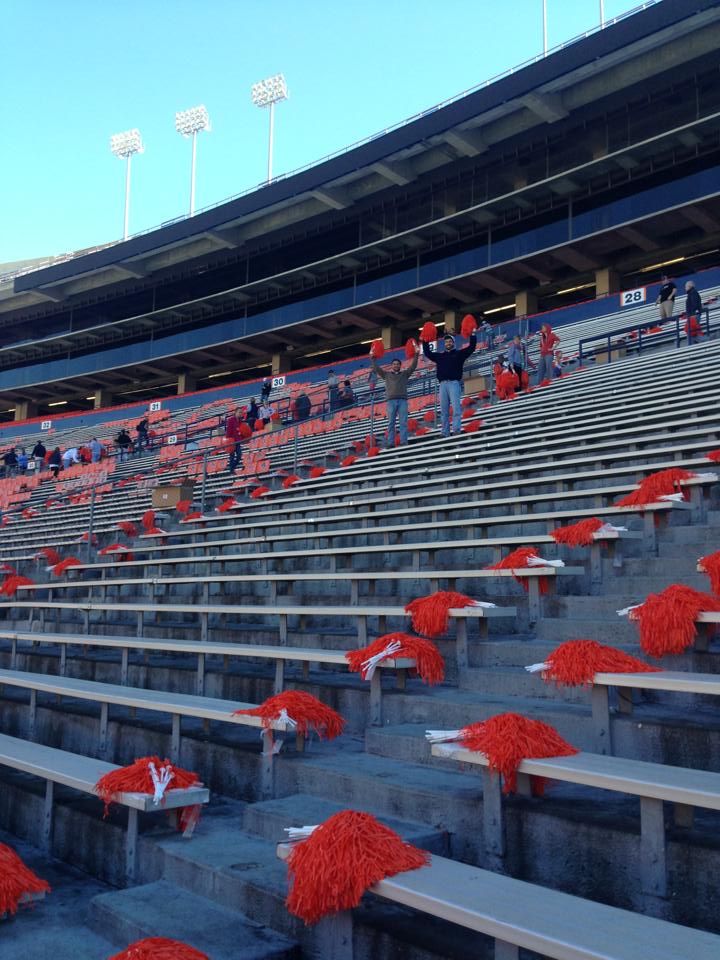