As of 6 p.m. Friday, several groups of Auburn students had already literally staked their claim with a tent in front of the student entrance to Jordan-Hare, and presumably plan to camp out there. The overnight low is supposed to dip to freezing you say? No matter—their hate will keep them warm. 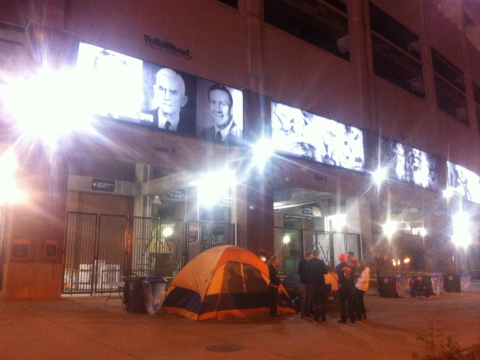 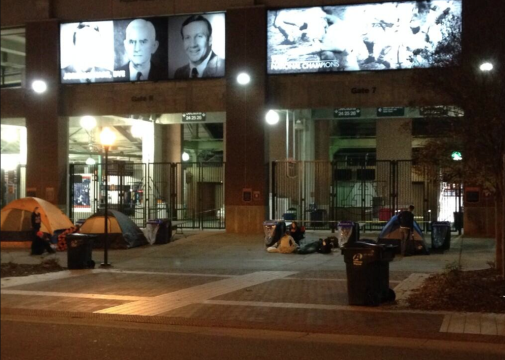 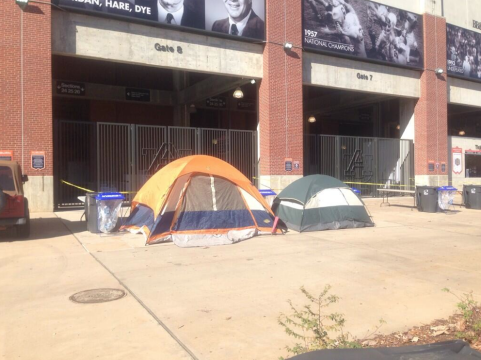