They don’t make Birmingham Magazine covers like they used to. 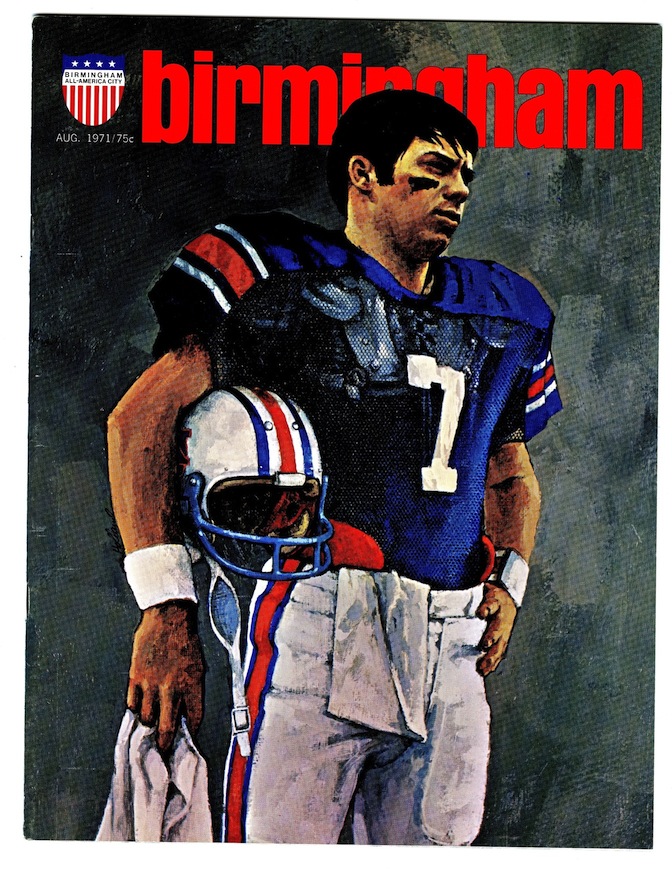 The thing ruled so much it that “prompted so much comment” among readers before they’d even seen it, so much comment the magazine decided to offer poster prints of it for free to folks renewing their subscription. (It’s like that Alanis Morissette song where she’s already Miss Thing and a zillionaire even though wasn’t it, like, her first real real album? I suppose that’s just confidence, though, because that you were hearing that song is actually what made Miss Thing a zillionaire. But you know what I mean.) 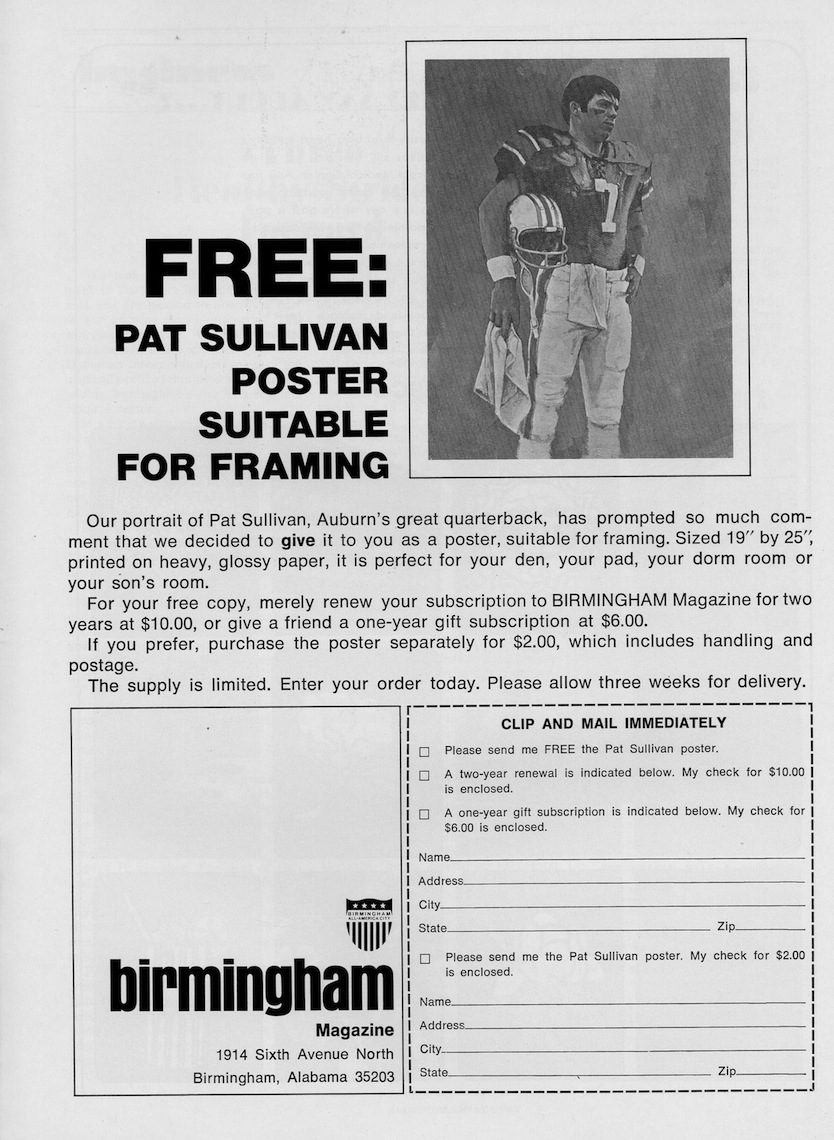 An interesting thing about Birmingham Magazine readers in the 70s: They were apparently home-owning parents (of sons) wealthy enough to afford a separate “pad” in addition to the dorm room they had also apparently secured, maybe to give their inspiring decision to go back for their degree that true Pat Sullivan-poster-on-the-wall college feel. So it was perfect.