Nev Schulman, host of the the hit MTV reality show Catfish that documents the soul-crushing failure that is Internet-only romance, spoke about social media and stuff at Auburn Arena Tuesday night.

On Tuesday afternoon he tweeted that he expected to have as good of a time as Auburn students had beating Texas A&M.

And of course he posed with Aubie, the only person on campus with a furrier chest. Maybe. 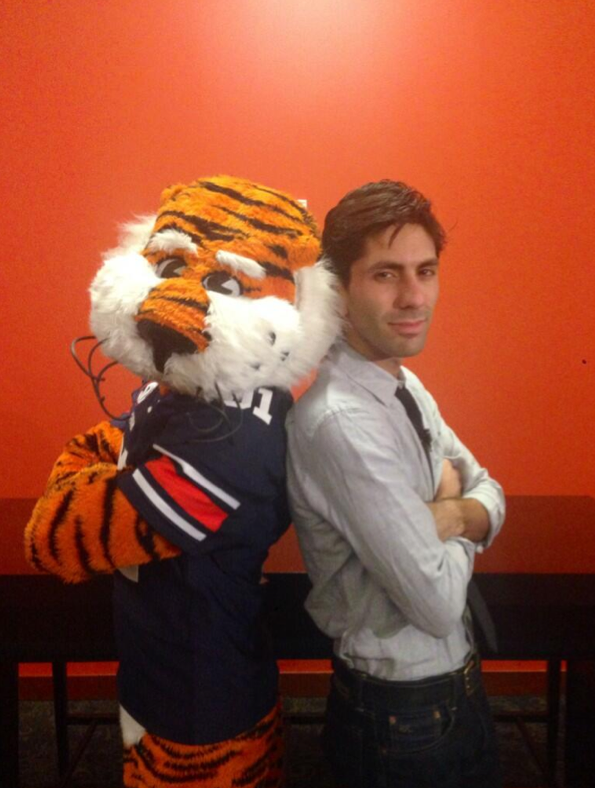