Two days ago, former Army Capt. Matt Zeller—and we’re paraphrasing through five years of heroism and disappointment and Change.org petitions and never-say-die determination and promises kept—helped finally get Afghan interpreter Janis Shinwari and his family out of Afghanistan and into America.

The reason? The Taliban has a habit of chopping up Afghans who save the lives of American soldiers serving over there, like Shinwari did five years ago when he shot two insurgents who were sneaking up behind Zeller.

Here are some cool photos of Shinwari in action. 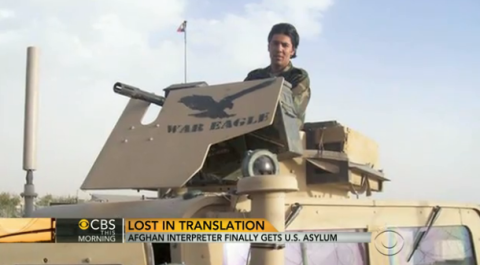 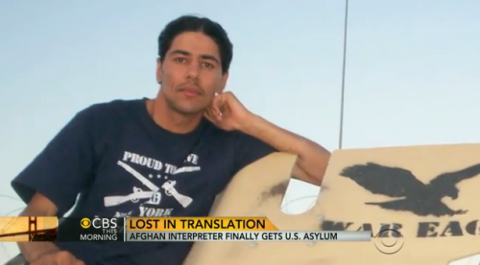 Now, we’re not saying that the “War Eagle” emblazoned (maybe by these guys) atop the armored Humvee Shinwari used during the period in question that is seen in the above photos that CBS showed during its coverage of Shinwari’s arrival in the states provided him the extraordinary courage at the heart of this amazing story.

Afghanistan has actually been reppin’ Auburn pretty hard lately. Like, foam finger hard. But this is the best reppin’ by far.