Today’s Shug’s birthday, President Nixon. He’d be 103. Here’s how he lived his life (at times, as you can see, in a houndstooth hat). Click to enlarge. Print to tape to your bedroom mirror. (If your printer doesn’t work, damn it anyway.)

“These are my ‘7-D’s’ of a success football player and a successful life. I know that football isn’t the only place a person can cultivate these qualities, but I know of few areas in which all are called on so often.”

(And which can help you survive the Nazi hordes.) 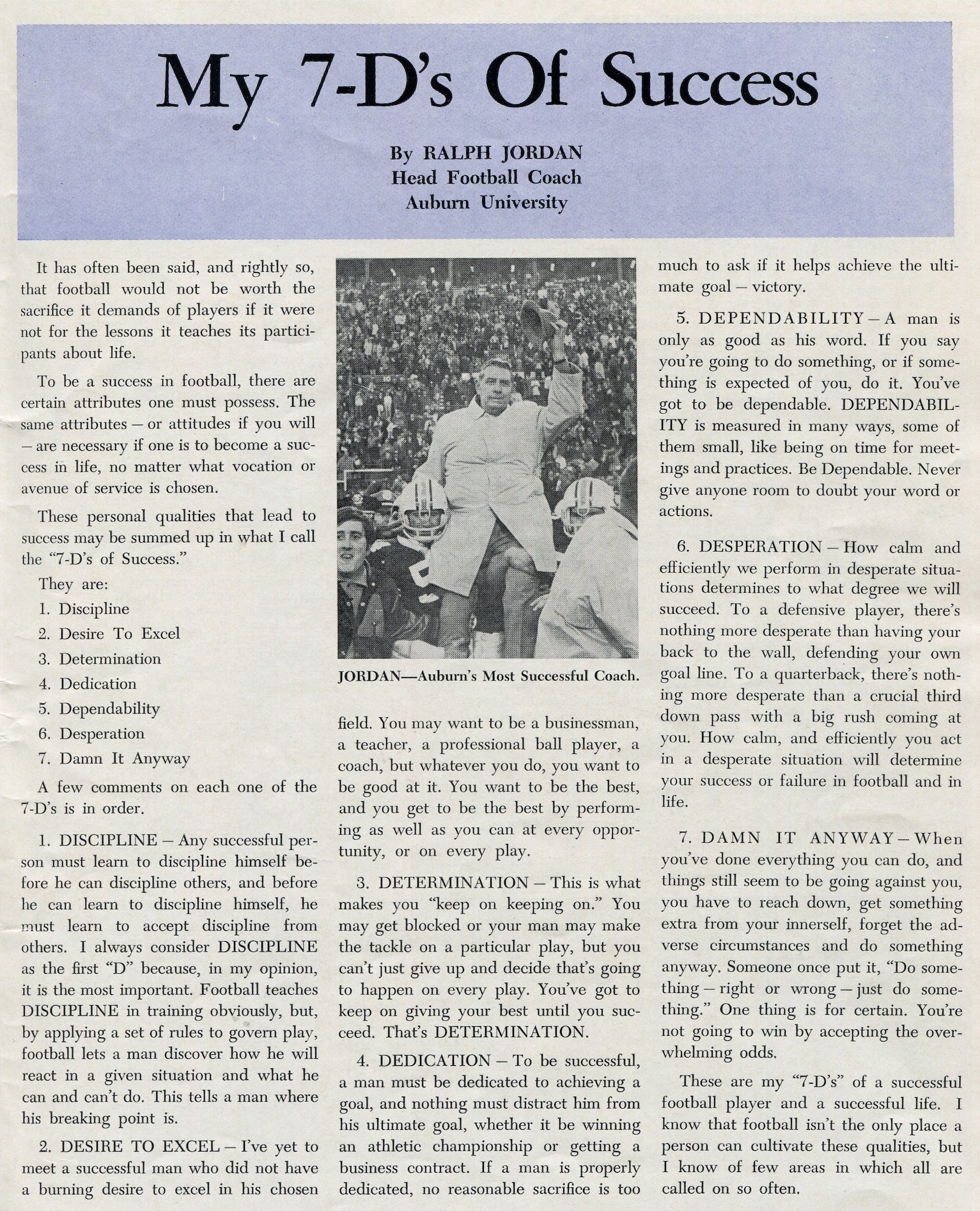 Related: Dear President Nixon—Shug had a birthday, too.