In the fall (ahem) of 2008, the brothers of Delta Chi, as other Auburn organizations have before them, thought they could help fight cancer by charging people for the guilt-free opportunity to tap into their pure animal rivalry rage via hammer, sledgehammer, or axe.

So sure, Auburn may have lost to LSU that year (26-21? Do we always play LSU tight when we’re terrible?) on the field, but we sure beat the hell out of them on the hood of this Jeep Grand Wagoneer. And all for a good cause—specifically the Jimmy V Foundation, the fraternity’s national philanthropy. 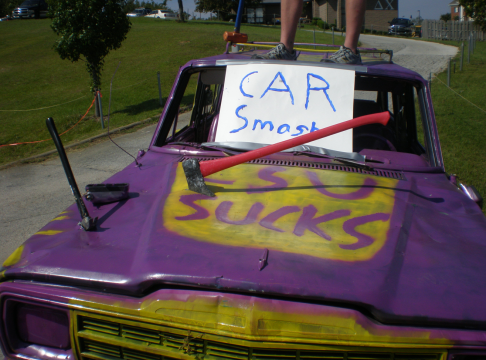 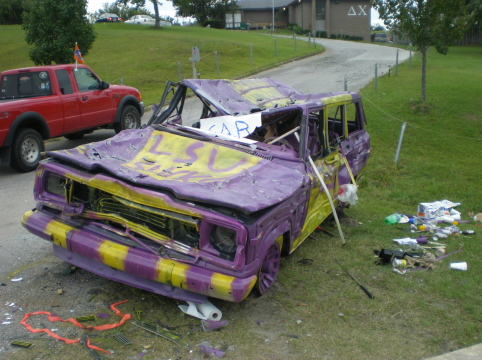 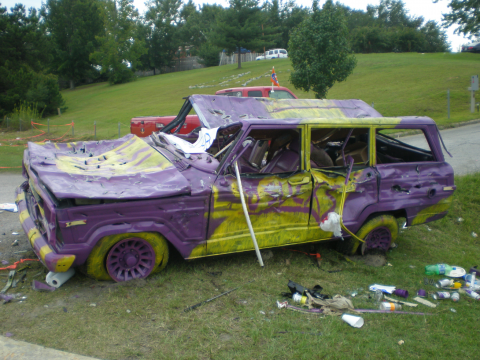 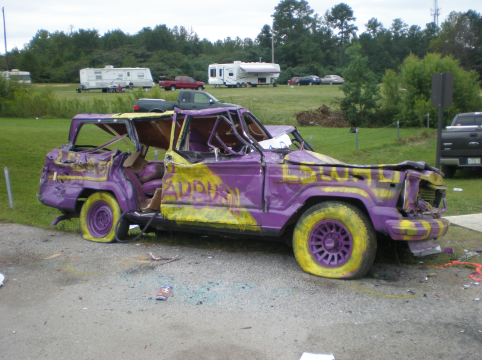 Of course a few people apparently got their vent on for free; the car was rolled during the night, hence the trash heap.

The vehicle was later sold at top dollar to a Baton Rouge limousine service. Probably.