The “Earthquake Game” (OR WAS IT?!) had really only recently been turned into a thing, and the Interception Game certainly bore the mark of angels… but a game back-dropped by a towering inferno stretching higher than the upper-deck burning just outside the stadium? That’s the night it got weird—Sept. 21, 1996, the night of the fire.

And it’s also really the only one of the occult-officiated games with at-the-scene, disaster-specific visuals. Forget that quick cut of the grainy seismograph they’ll show sometimes or random palm trees swaying in the breeze of Hurricane Ivan—if you want quality crazy Auburn-LSU rivalry b-roll, you go straight for the flames.

Orion (@SuiteAuburn) recently found not just one of the shots of the old Auburn Sports Arena (aka The Barn) burning to the ground, the victim of a alleged tailgater’s improperly extinguished grill, but a rare field-level photo of that hot, hot action snapped inside Jordan-Hare. 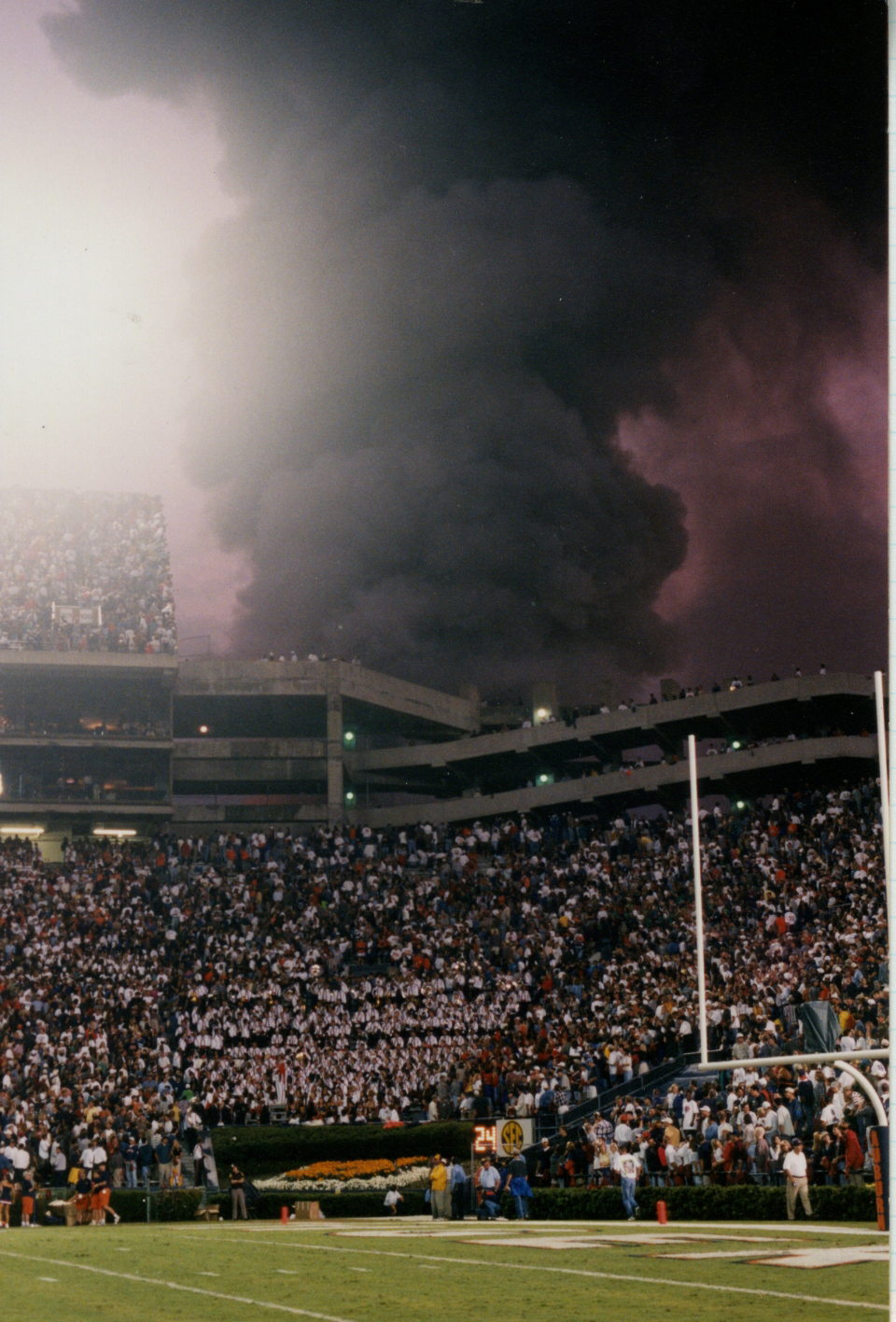