When we reported Miss America Mallory Hytes Hagan’s scheduled appearance at Auburn’s season opener, we knew Aubie would likely be with her. We just didn’t know he wanted to be with her forever, like, in sickness and in health. Yep, the best mascot in America proposed to Miss America on Pat Dye Field during the first time out the second quarter of the Auburn-Washington State game. There’s no way she didn’t say yes. 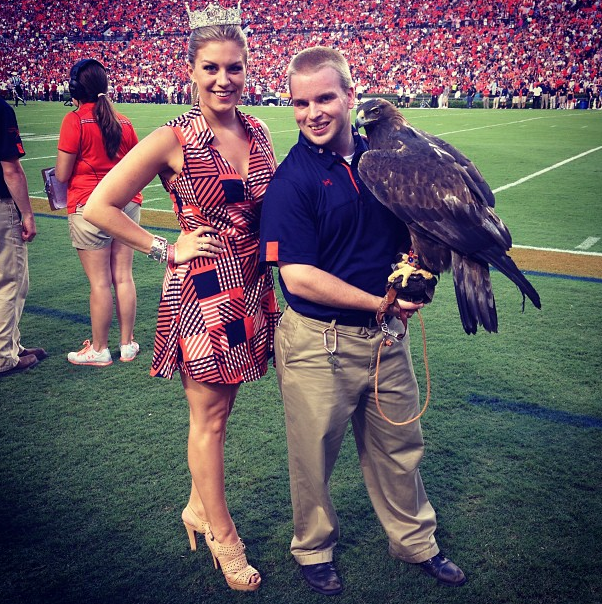 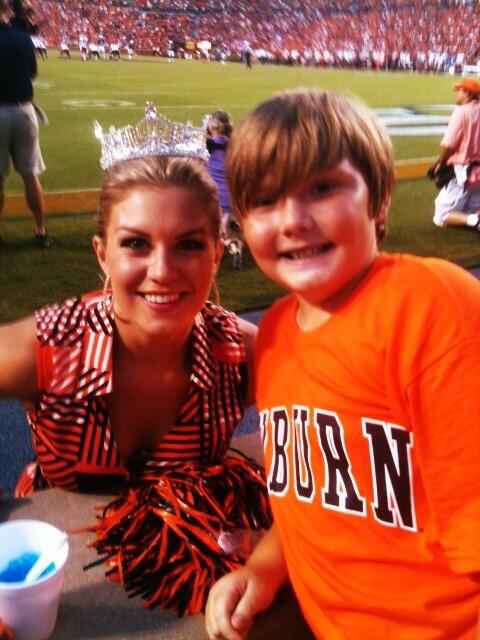 Hagan hasn’t hidden that she’s an Auburn fan since winning the Miss America crown in January.

“’War Eagle!’ You can say that I said it,” Hagan told al.com earlier this year. “I have so many fond memories of SEC football games and growing up on the plains.”

She also has been spotted in Auburn hats, and apparently decorates her hotel rooms with “little pieces” of Auburn.

Related: Best reaction to being named Miss Homecoming ever.

* A phone call with Gus Malzahn
* Cam Newton faith heals Bama child
* That time they burned the Glom
* ‘My national championship for Auburn in 1913 is a very valid national championship’
* John Heisman: Auburn ‘the first to show what could be done’ with the hurry-up offense
* Auburn theatrical legend John Heisman put on, starred in play to save Auburn football
* The first Coke was sold in Auburn? An Auburn pharmacy professor was certain of it
* Auburn cup spotted on ‘Hoarders: Buried Alive’
* Auburn wore green jerseys TWICE in the 1930s
* Leonardo DiCaprio and his Auburn hat are back—this time on the streets of New York