Cam Newton is on the cover of the September issue of ESPN The Magazine, which is for some reason asking us if we remember him. (Um, do you remember sunshine? Do you remember oxygen?) The new issue hits newsstands Friday. 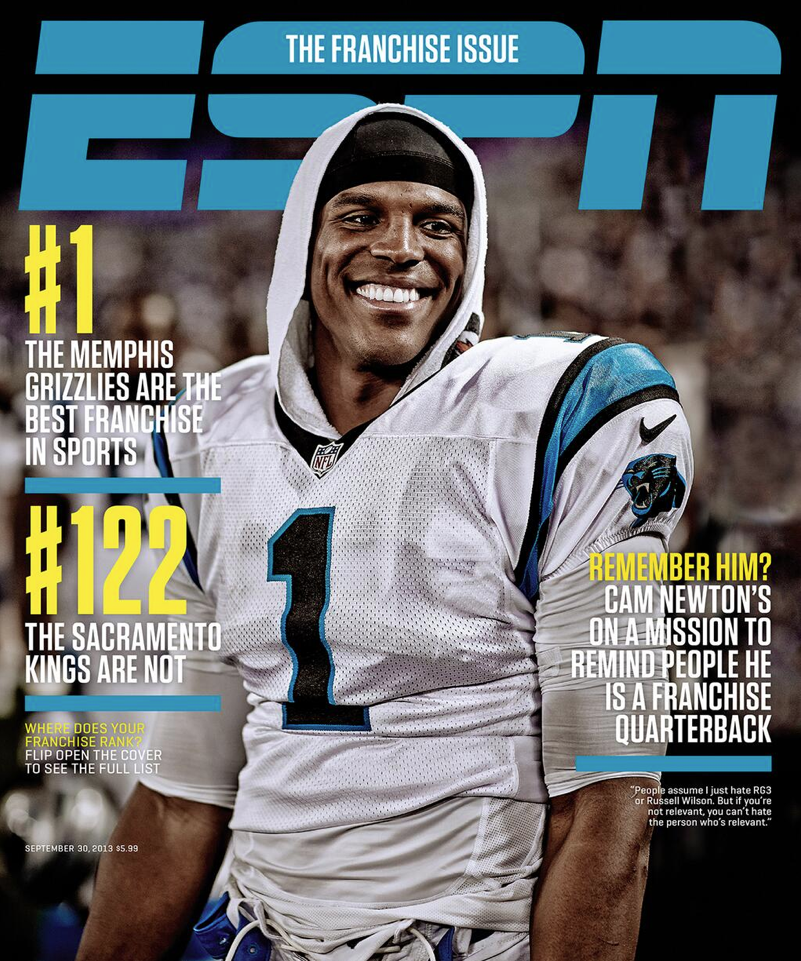 It’s the second time in less than two years the Blessed Individual has been featured on the magazine’s cover. He was also the cover boy for the 2011 NEXT issue, which was unveiled via Times Square billboard. In August 2012 he was on the cover of GQ.

Cam’s other magazine memories include Interview Magazine (can you spot the Aubie in his forehead?), a 2011 photo spread in GQ, and People Magazine’s “Sexiest Man Alive” issue.