There’s this company called Utilikilts that rewards dudes who are as hardcore about kilt-wearing as they are with free kilts and with exposure, as it were, in their online catalogs. Auburn fan Chris Wren aka Vader aka HEY YOU! YEAH, YOU! THE JACKASS IN THE SKIRT! (his words) is hardcore enough to have been the company’s Mr. January 2013.

And in addition to the shots of him shooting guns and throwing smoke grenades and wearing Viking helmets during a mud run (all in a kilt), the company’s online “anti-catalog” features a couple of photos of Wren getting his McVictory on at Toomer’s Corner in an Auburn jersey and, of course, a kilt. 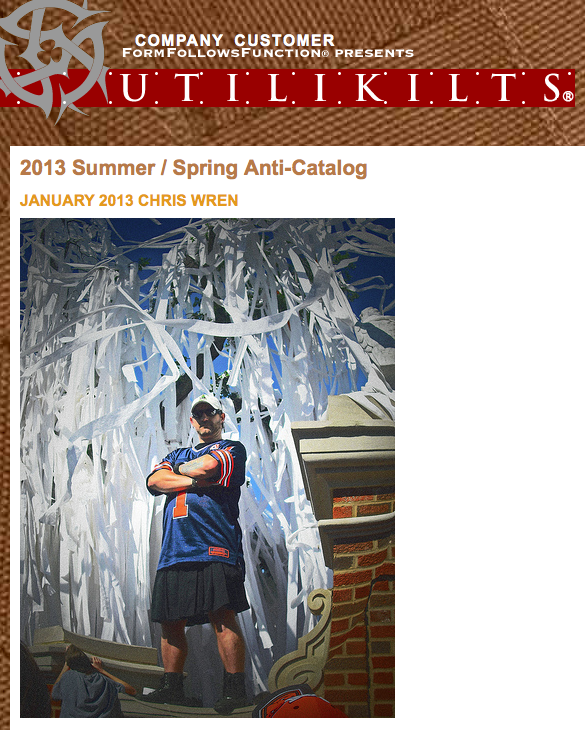 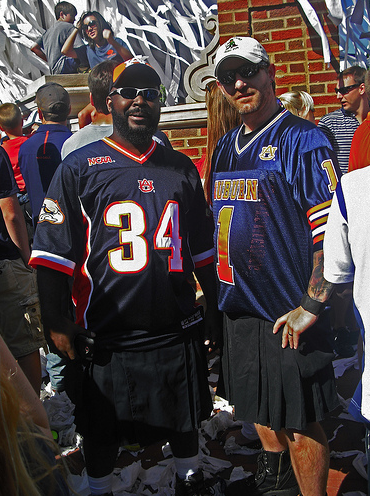