Your best bet is probably going to be “religious ceremony,” because it’s going to be hard to plead ignorance if you’re spied breaking Auburn University’s two-day-old smoke-free policy. Because there’s a huge sign announcing it everywhere you look. 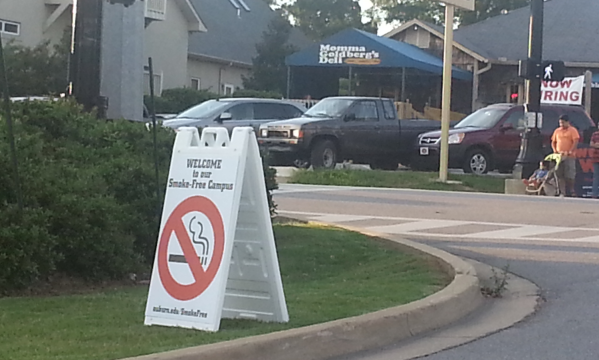 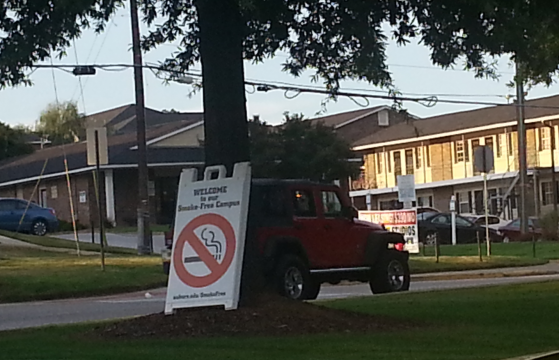 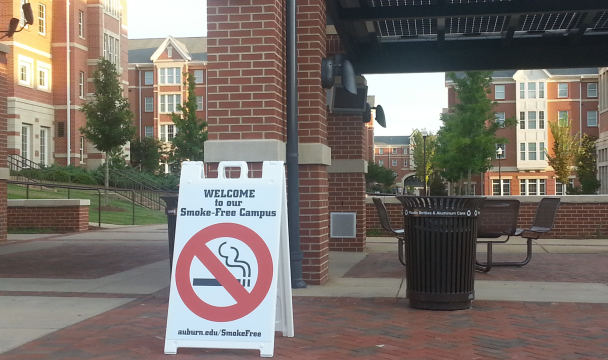 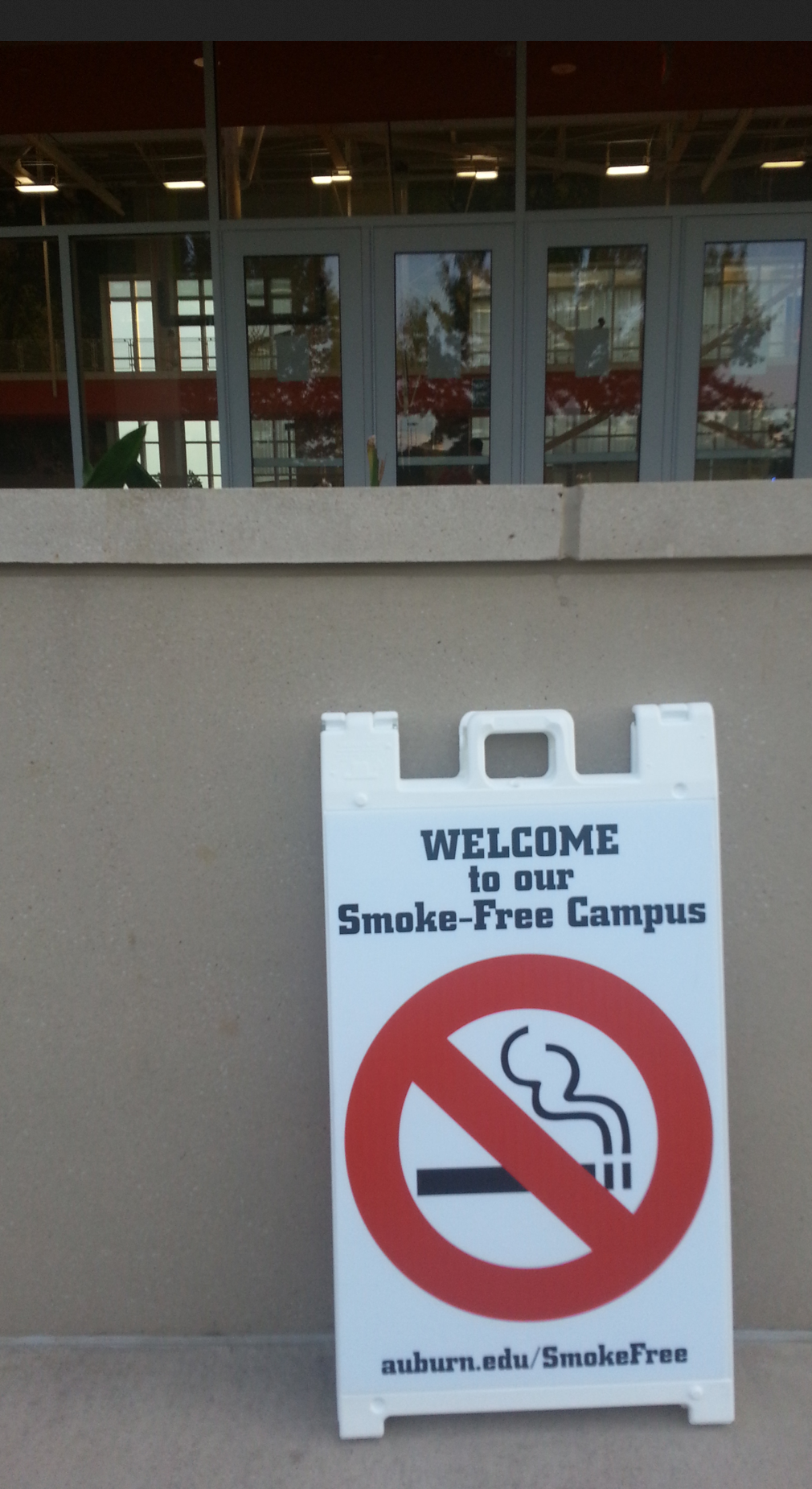 There are notices posted inside buildings, too, just in case. 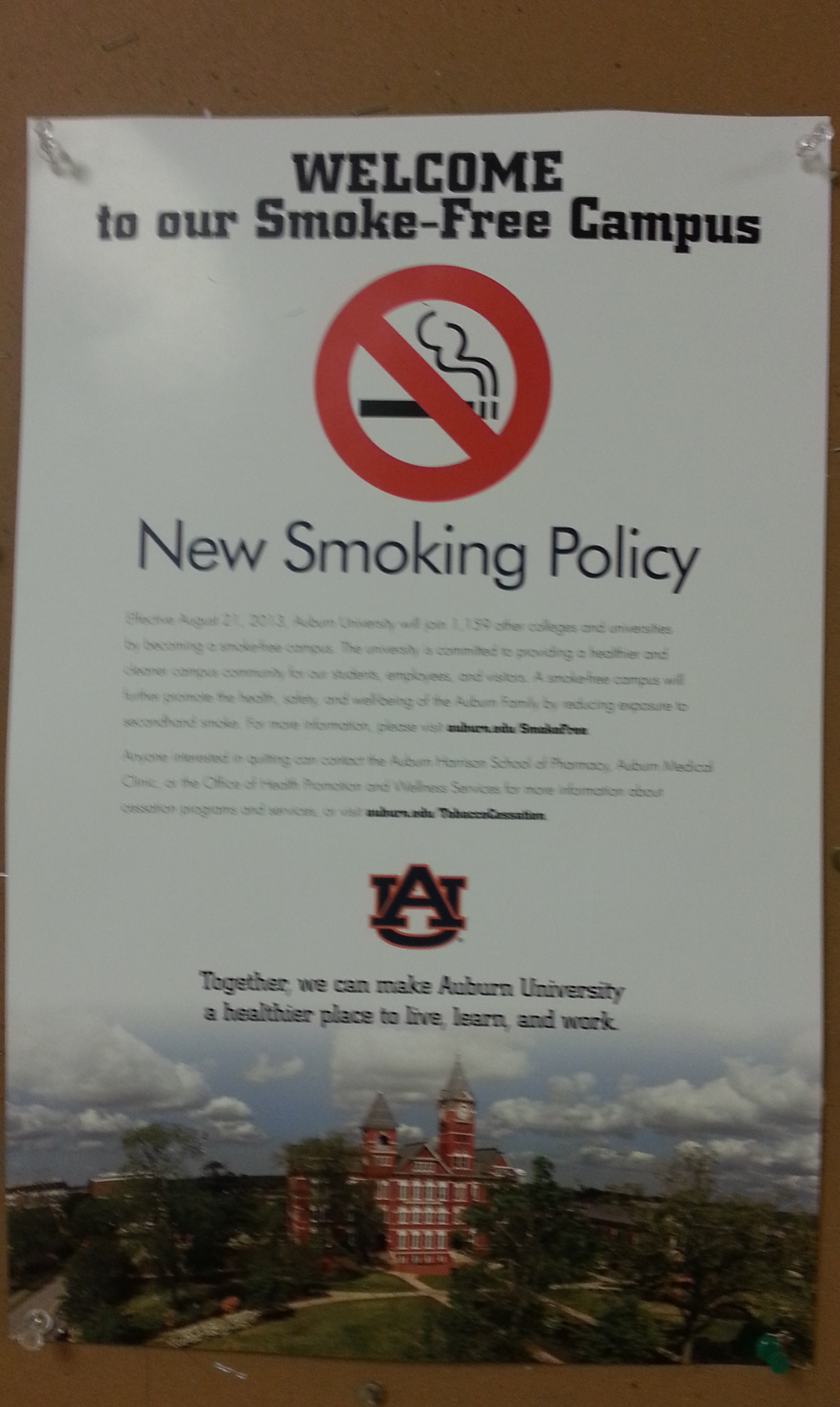 The first time Auburn tried to curb campus smoking was in in 1963 when the administration said no to smoking in undergraduate classrooms (for the health of the floors, not your lungs). It took a little while for people to get the message.