The squared circle has been home to several professional wrestling personalities with Auburn ties in the past two decades, most notably the former Kimberly Page.

But perhaps the most well-known Auburn professional wrestler of all time wasn’t a wrestler at all: he was a football player.

While Kevin Greene looked the part of a professional wrestler, with the long blonde hair, he made his name on the gridiron. But that didn’t stop 5-time Pro Bowler from taking his talents to World Championship Wrestling.

However, Greene’s interest and beginnings in wrestling apparently began well before his stint in WCW. 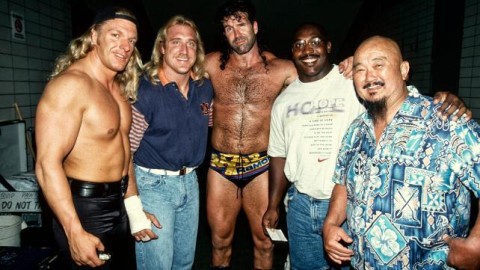 Although the photo isn’t dated, it had to have been taken two years before Greene’s debut in the WCW, as he played in Pittsburgh from 1993-95, and Hall left the WWF (now WWE) for rival WCW in early 1996 to form the popular nWo.