Here are three of them. 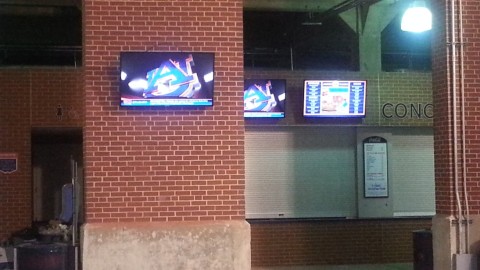 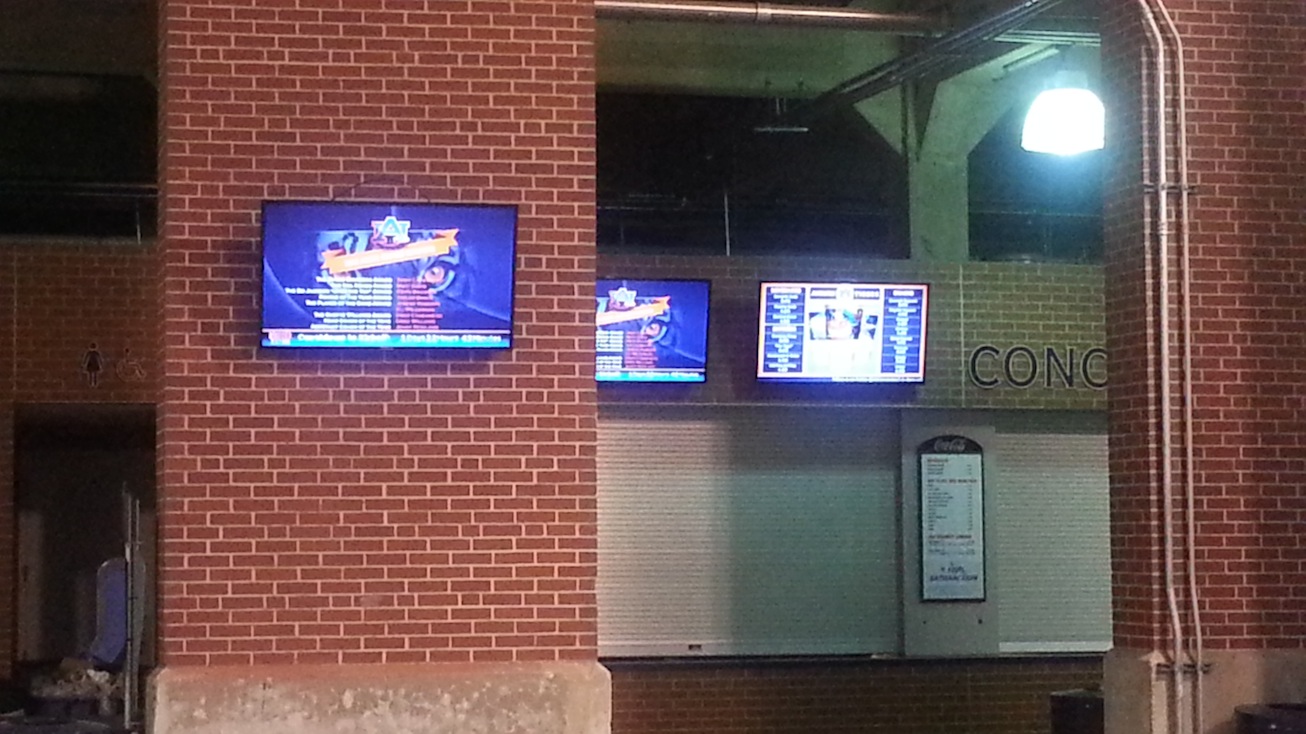 The screens were, like the rest of the town, glowing Thursday night with all manner of important news and information pertinent to Tigers fans demanding real-time updates to Domino’s menu and Auburn headlines (just like in the Athletic Complex) and such. No, seriously, it’ll be nice. You’ll never have to risk losing your place in the concession line to get a better vantage point to look at the TV just around the pillar to see if we made that first down or not again. It’s a luxury we obviously wouldn’t have appreciated last year as there was no reason to check. We didn’t get the first down. In fact, Satan intercepted the ball and ran it back for a touchdown. And a two point conversion. And an onside kick. Repeat.