That Auburn Coach Car Endorsements Of Yesteryear post was pretty sweet. But the best, most Auburn-ish car ad—or at least the most American—was born in the 1951 Glom, 20 years before Shug’s Chevy shilling. 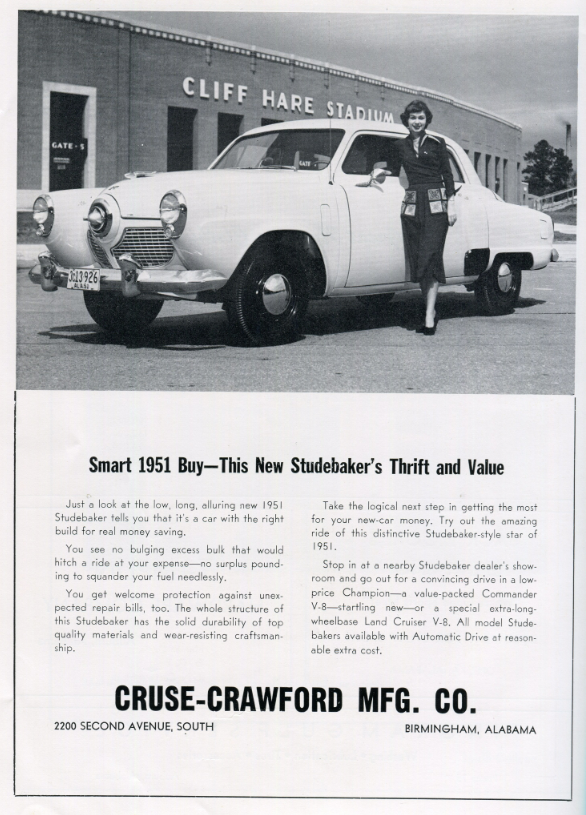 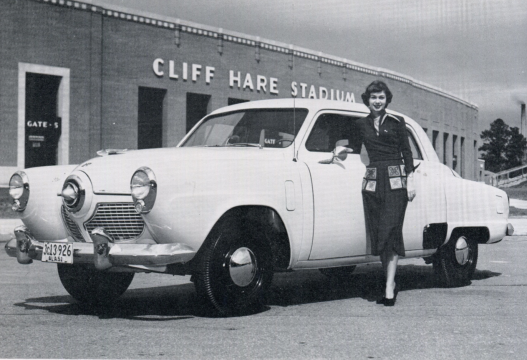 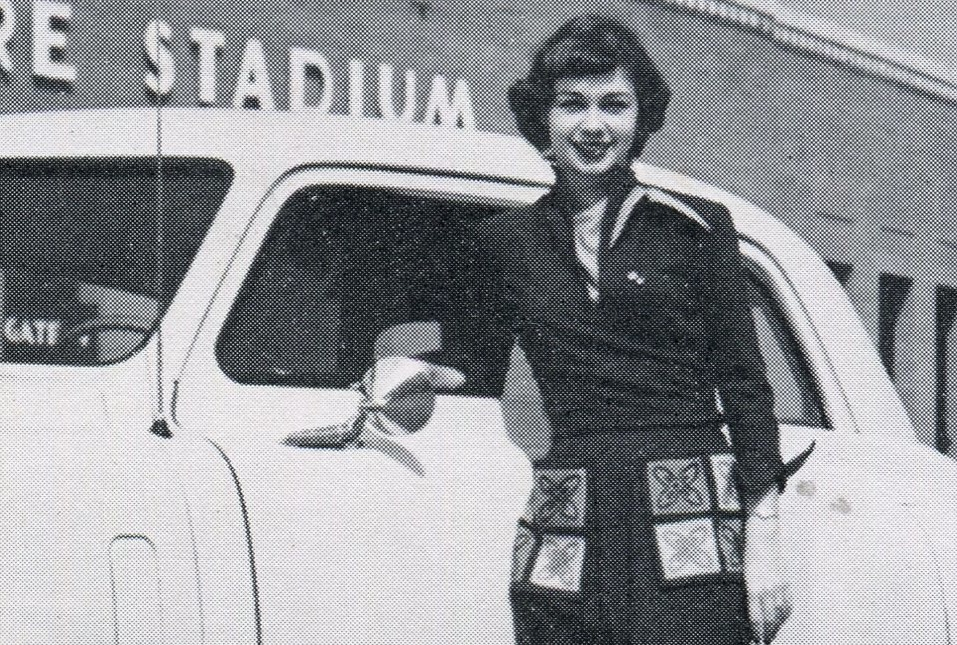 I’m almost blinded by the rockets’ orange and blue glare. The only way this ad could have been more Auburn=1950s USA is if the print on her dress was, as we thought it was at first swoon, the atomic symbol.