Once upon a workshop, sculptures (and ‘Transformer type technology‘) were a very real and very considered possibility to replace the Toomer’s Oaks. Real tree proponents prevailed, but that didn’t stop Auburn Art owner Cliff Hare from commissioning his own Toomer’s Oak sculpture.

“We wanted to do something so future Auburn generations could enjoy one of Auburn’s greatest traditions,” Hare said in a press release. “NatureMaker has done a fantastic job of creating the iconic Toomer’s Oak.”

NatureMaker artist Bob Jones actually began work on the project five months ago. Jones traveled to Auburn this week and will spend Tuesday installing the tree, and will complete the project Wednesday by sculpting and painting the tree’s seams. 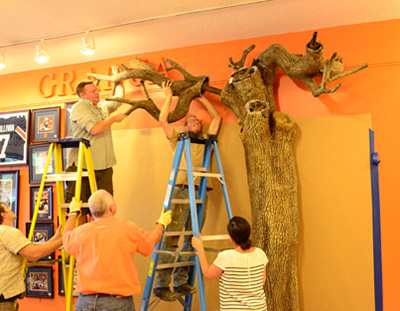 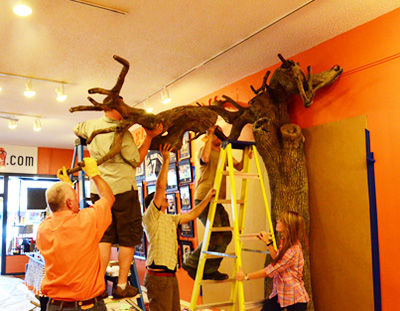 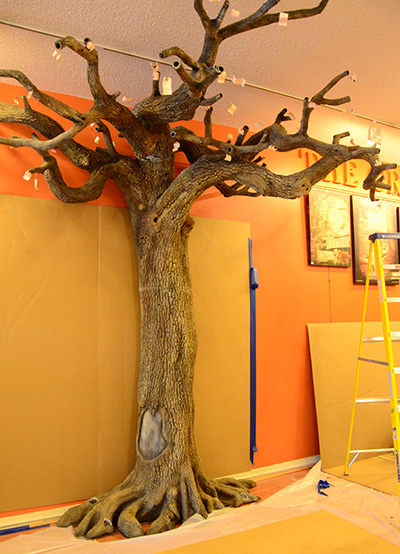 “My initial effort was to make the tree as accurate as possible based on the photos Cliff sent.” Jones said.

Judging by early photos, he succeeded. The design of the sculpture, which is based off of photos of the oak that was closest to College Street, includes even the scar from when a car crashed into the trunk several years ago.

“After the first stage of the project was completed and I was assigned to lead the installation of the the tree, it hit me that the tree was going to Auburn, Ala.,” Jones said. “I told me friends, and they said ‘That’s THE tree!’ I was honored and excited to not only visit Auburn, but to be able to work on a project that means so much to so many people.”

NatureMaker installations can be found across the United States and even internationally, including countries like Dubai, China, and Russia.

“It provides another opportunity for the Auburn family to stand beneath the iconic oaks,” he said.