It’s still officially called a Toomer’s Oak—now way they’re going to Auburn Oaks it after all the trouble it took to correct the plaque the first time—and it’s still growing. Fast.

Our last glimpse of the Capitol Hill Toomer’s Oak came on Congress Mike Rogers’ visit for Arbor Day on April 26, the highest of tree’s bare branches only a foot or so above his head. Here’s a shot from five days ago. 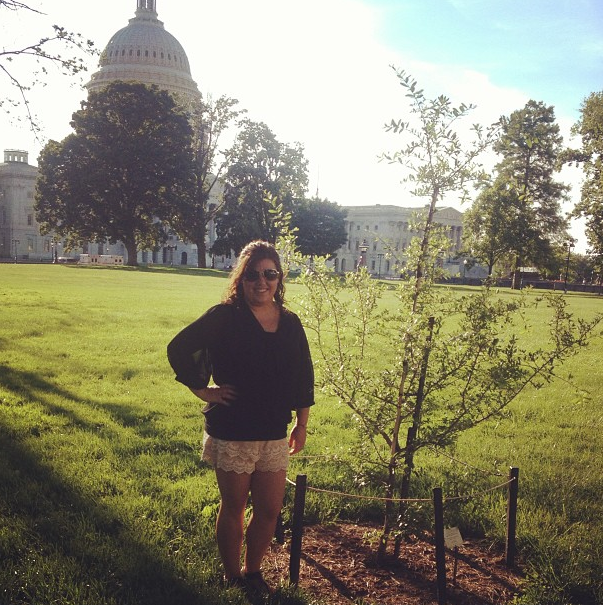 The tree looks healthy, says Auburn horticulture professor Dr. Gary Keever, but is “in dire need of pruning in its formative years.”