It’s so hard (and kinda eeesh) to picture him molding young men of lesser institutions, and so you try to avoid it, but there he is, yearbook-official: Ralph Jordan, basketball coach (and assistant football coach) for the University of Georgia, 1948. 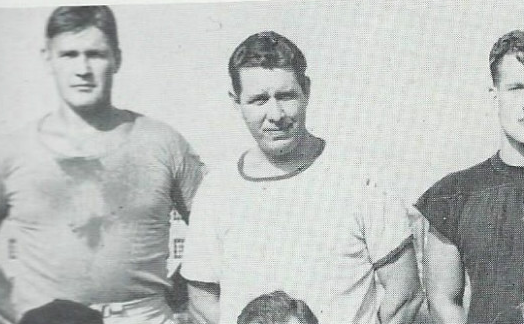 Yep, yep, yep, basketball—just like he’d also done at Auburn before heading off to kill Nazis with the power of football. And despite Pat Forde’s 2010 assessment, Shug coaching Auburn’s cagers made perfect sense: As an Auburn player, he was apparently 1929’s Pete Maravich, scoring more points that year than any other player in the then Southern Conference. As a coach, he racked up a round ball record of 88-66.

In a 1968 interview, Kentucky’s Adolph Rupp said Shug was “as fine a football coach as he was a basketball coach.”

Georgia fans probably thought so, too. The Bulldogs broke their record for basketball wins in a single season the year this picture was taken.