The Toomer’s Oaks are coming back with a vengeance. At least the one closest to Magnolia is. We were told there would be more, possibly hundreds, of the oaks’ rhizomic shoots playing the lottery for full-fledged tree-dom in the weeks following the removal of the above-ground portions of the trees on April 23 (there’s actually just as much wood underground). We were told right.

Since first spotting a lone shoot or “sucker” working its way from the College Street oak’s still very much alive roots toward the sun through a crack in the stone planter earlier this month, dozens—maybe hundreds—of the shoots have sprung up through the mulch in the planter closest to Magnolia. 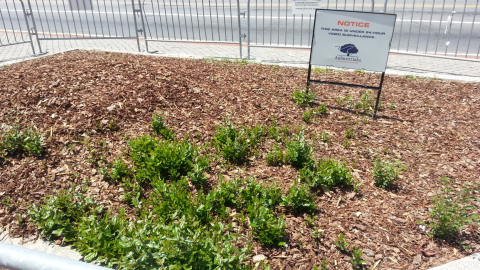 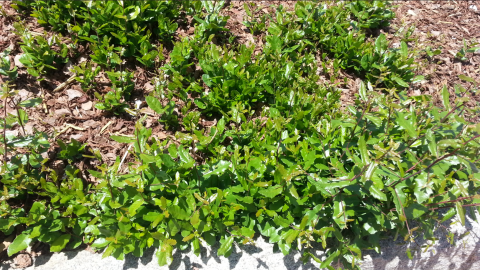 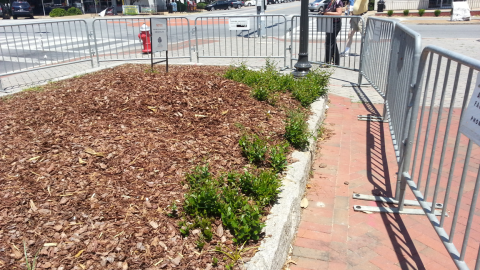 The new shoots will likely be cultivated, as nearly one thousand were a few days before the final rolling of the oaks, and added to the Toomer’s Oaks souvenir catalog.  Watch a video of Toomer’s Oaks guru Dr. Gary Keever talk about it here.