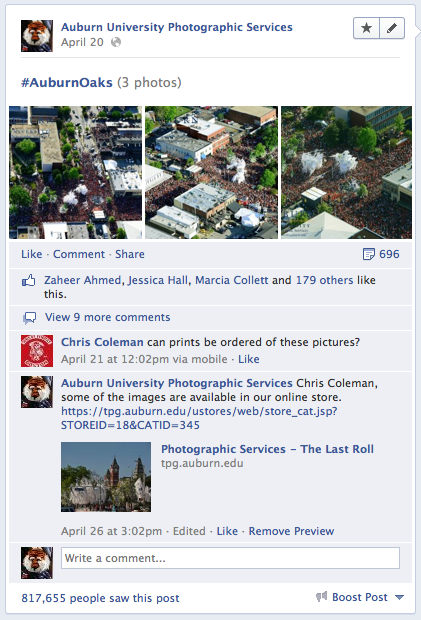 You’ve probably seen that aerial shot of the final rolling of the Toomer’s Oaks. More than a million people have… and we’re talking just the original image posted to Auburn University Photographic Service’s Facebook page, which saw its Total Reach record shattered beyond shattered the week of the oaks’ final rolling and removal thanks mostly to that and other aerial shots. A million more could have seen it elsewhere. (Ten thousand people saw it here.)

Some interesting statistics: 4,919 people in India came to the page that week, five more than came from Opelika. The photos were most popular among women, ages 25-34. 650 people living in Korea saw the photos, as did 650 pirates. And there were 10,847 visits from Tuscaloosa, which was more than Opelika and Prattville generated combined. 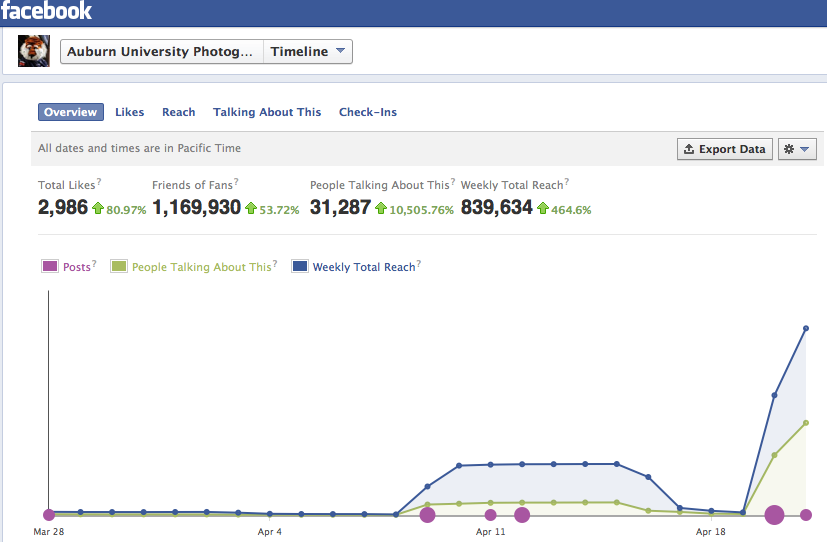 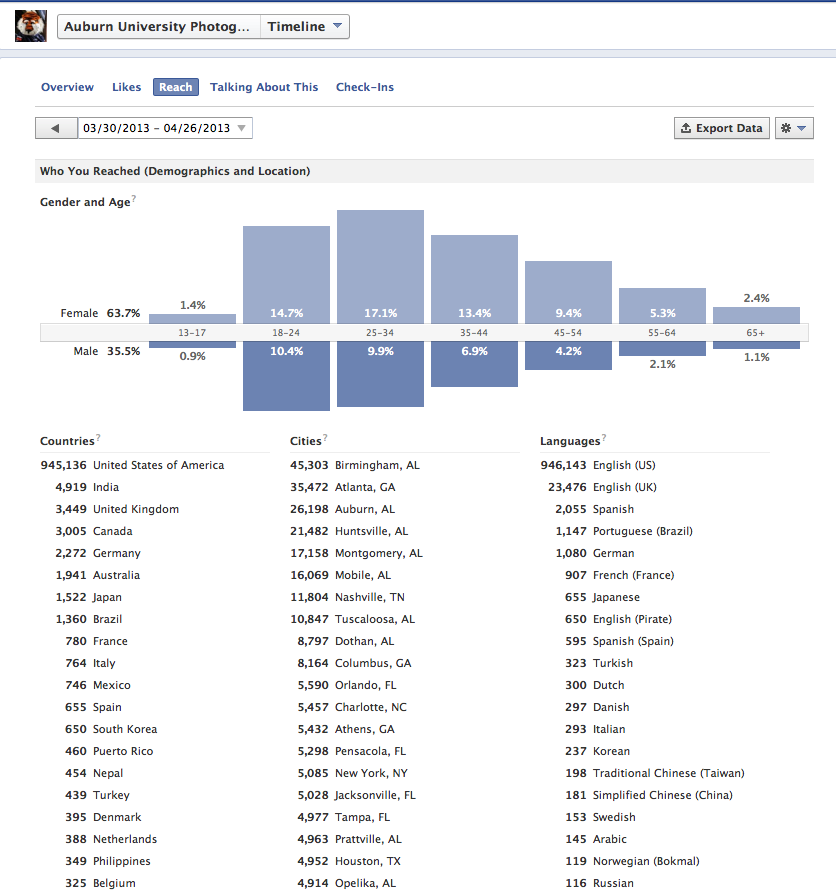 Related: Incredible video of the final rolling of the Toomer’s Oaks shot from a drone.