It took almost three years, but ol’ Harvey Updyke proved the only thing he’s ever been capable of proving, that spirit goes beyond a football game, that a place is more than a jersey, and heart is more than a scoreboard.

Saturday was the big day, the last roll of the old Toomer’s Corner oaks. It was orchestrated and planned and monumentally huge. (The Auburn equestrian team, which just won a national championship of their own, will get the final honor.)

Thousands upon thousands of people were there. They stood chest to back and shoulder to shoulder and that crowd jammed the corner and the four roads. Everyone had a great time, coming away with that old familiar feeling: this is a family reunion.

For some people it was a refutation of a malignancy of misguided fandom. For others it was an excuse to have a party. For all, it was an opportunity to hear what comes next. Now that the old oaks are coming out of that spot, ending a run of about 75 years, there is plenty to look ahead to. 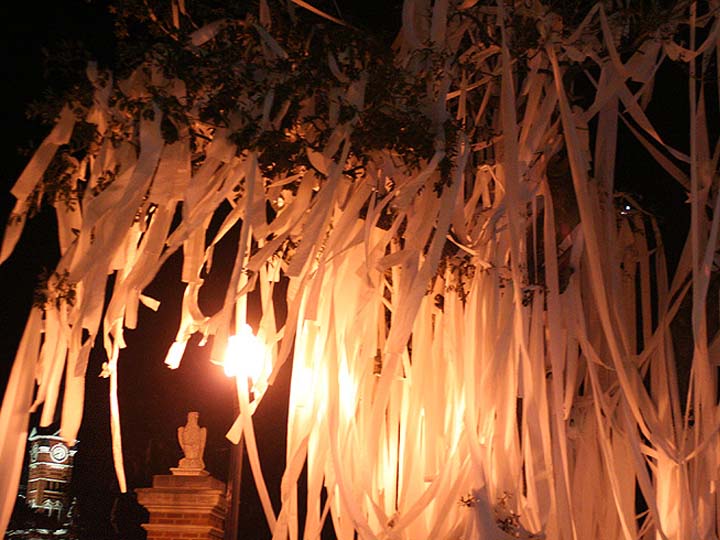 But Toomer’s Corner always taught me to look back. You didn’t get too many rolls dropped on the back of your head as a freshman before you learn to always be on the lookout. In a way, this too was an opportunity to look back at the fine spirit of something we’ve long enjoyed. 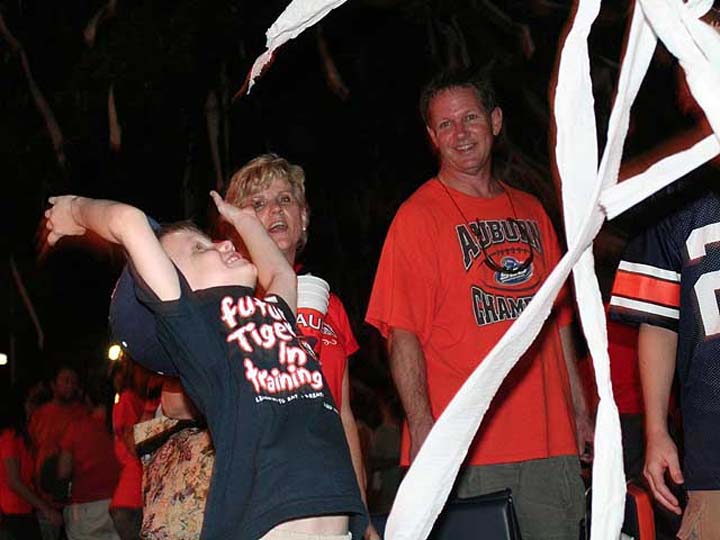 I’ve written about this for The War Eagle Reader and for the Smithsonian and a few other places. I’m always trying to capture this feeling, share the sense so that those who aren’t lucky enough to be there can find their place in it too.

The problem is that whenever you do this, it always comes off as hokey and cheesy. How do you explain this small town thing? This silly little thing that amuses us, that we look forward to, that we’ve lately lamented and, Saturday, celebrated beyond comparison? 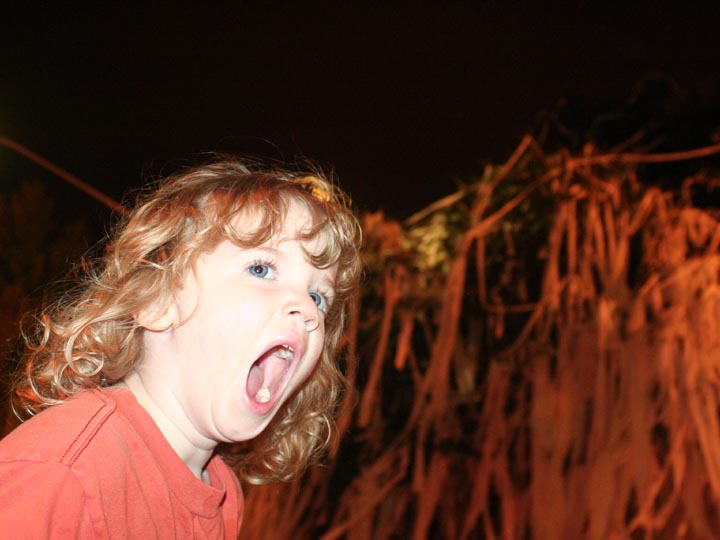 The best way to understand a culture is to figure out why the important things are important and why the small things are important. To ask yourself why these things are so is to find all of the silly answers. In this case, it is the celebration of a victory, which started either to emulate the old telegram system that used to send home news of games from far away, or a spontaneous celebration of the joy of having too much toilet paper. There are several theories and apocryphal stories about how and why this began, but let’s be honest, it is just fun. The tradition started out as rolling the trees after big road wins. Today this is a way to continue the game, the event, the championship and the celebration of a moment after the moment is gone.

It is the place where we say “Meet me at Toomer’s Corner,” which means a whole lot more than ‘See you there.’ Town and campus come together here, the corner where everything meets, where we make the 400 yard march from the stadium to the place where we celebrate some more. You see old friends, make new ones and take pictures in one of the happier, more laid back places you can be. This is where the chants and cheers don’t stop, where the players come to join their classmates, alumni and fans. 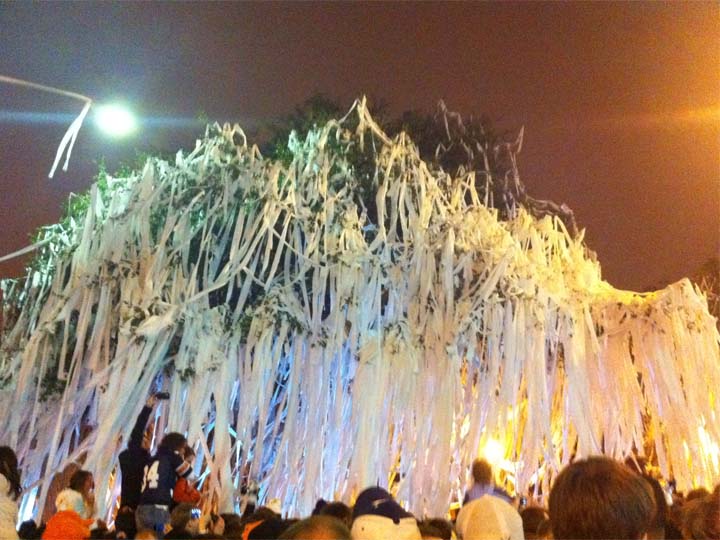 Toomer’s Corner also taught me to look down. My favorite thing about rolling Toomer’s has always been watching the tiniest Tigers. College students often yield to children in this place where parents let their little ones actually play in the street. They have the run of the place. They’re flinging rolls, they’re turning themselves into Charmin mummies. They’re climbing on the gates, up the surrounding trees and receiving the gift of extra rolls from the big kids.

The picture above was from the 2010 national championship. That was the last time I rolled the corner; that was a memory, a fine one to end on. We make our memories, but we make them for others too, that’s what is happening when Toomer’s gets rolled. These days I catch rolls to give to children, the younger the better. It is more important to me to build their memories. 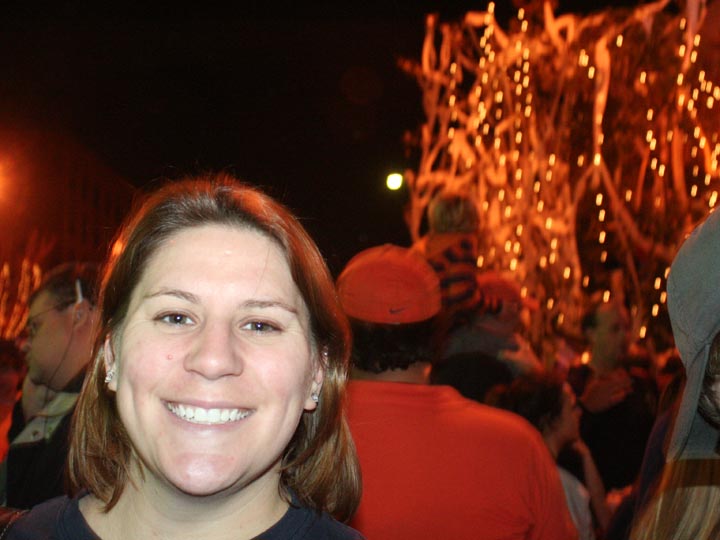 I like to take visitors, because if you can’t write about Toomer’s Corner and make sense of it, you surely can’t tell someone about it. You simply need the experience. I taught my wife how to throw a roll of toilet paper. She figured it out just in time for the 2010 SEC championship.

I’ve had the good fortune to take my mother a few times. She gets in to it despite herself. A few years ago we treated my step-father to his first football game and his first trip to the corner. 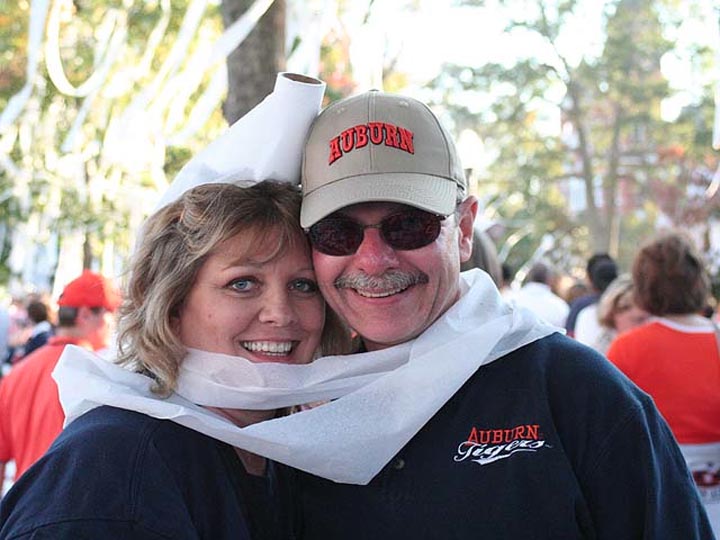 My in-laws came down for their first game in 2010, a quiet non-conference game which was unlike anything they’d ever seen up north. Rolling Toomer’s is unlike anything you see most anywhere, too.

Family, friends, everyone comes away impressed, and that’s after those cream puff games. “You have to remember,” I solemnly tell them “that the degree of rolling Toomer’s Corner is directly proportional to the importance of the win.” They imagine and wish they were here on those nights when you can find the toilet paper covering great distances.

One night I popped a flash on my camera as people rolled the corner and I could see the tiny cotton particulates of celebration floating in the air around me, two blocks away from the trees. That’s a fervor. 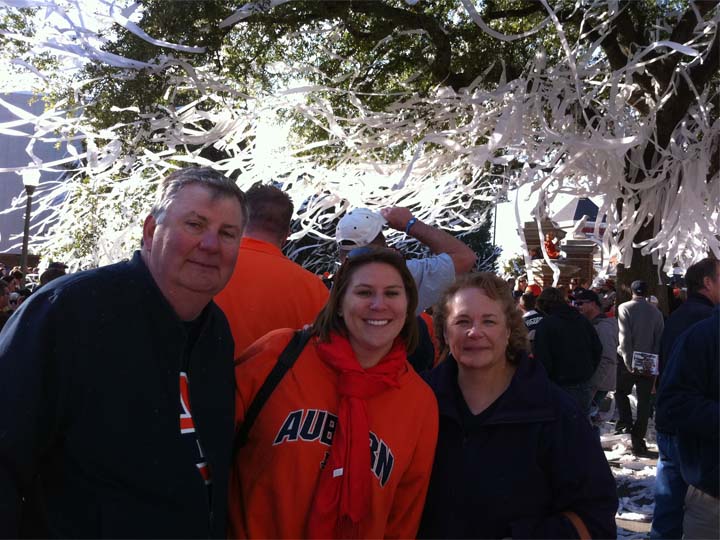 Toomer’s taught us to look forward, too. This is just the tip of the experience, but all of Auburn has a way of growing into you. The farther away you get, the more deeply it ties itself to you. The longer you’ve been away the closer you hold it. You’re just starting something here, but you’ll carry the place forever. 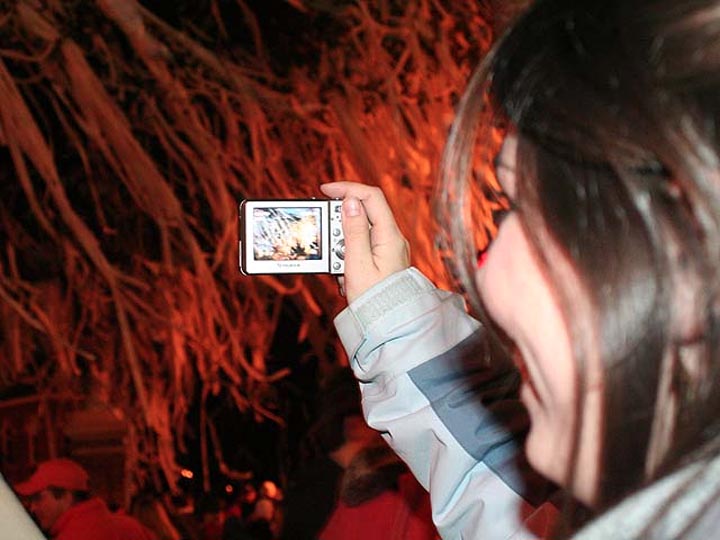 Below are the gates. The men that put them in place were staring down a world war, and some of them would go off and find themselves fighting it in the next year. But first they had to finish things up here, and the class of 1917 had to build that entryway. (The eagles came later.)

Saturday we learned that, in the new plan for Toomer’s Corner, the gates will stay in place. And that’s maybe the best news of all. For all that Auburn can be it is important that we always remember who she was before us. 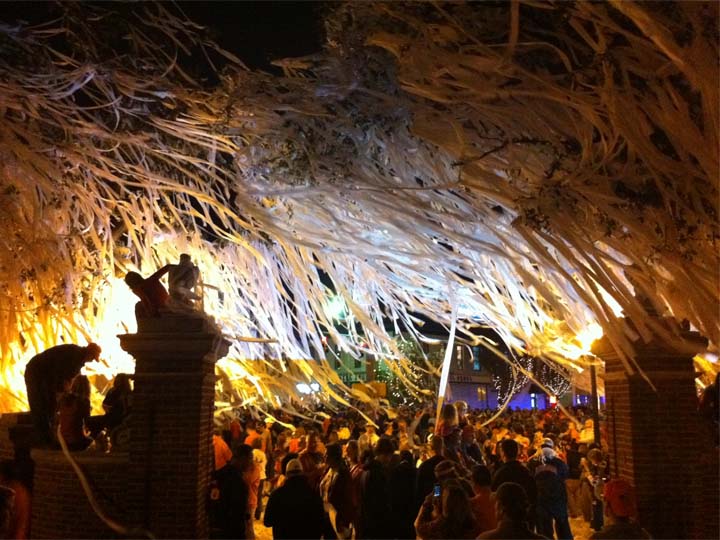 Here’s why: what she was defines who she’ll be. What we become is dictated in some way by what we were. I think of Auburn as an instrument of potential, but as Toomer’s Corner regularly demonstrates, it is also about spirit and heart.

I wrote, two years ago, the day we learned this day was coming, “Auburn and her family are stronger than oak and more sturdy than history. We’re going to say “Meet me at Toomer’s” for generations yet. The power of dixieland is going to be just fine.”

Saturday went a long way toward proving that right, but it is no prophecy. The clues are all around. 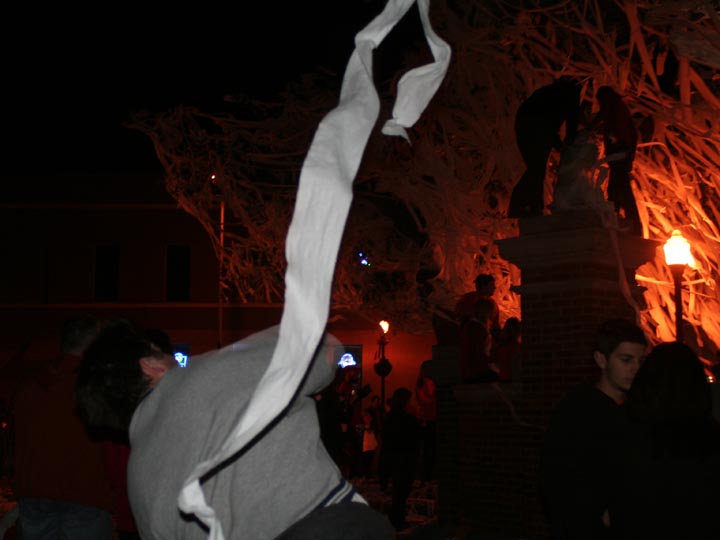 We’re all little dots in the immediately famous helicopter shot. We are all the central players in the more narrow perspectives we hold on from the ground. We’re all in those moments from years ago, frozen in other people’s photographs. I always study those pictures with wonder. Where is that woman now? What does that guy do these days? We’re all in the photographs yet to come, too.

At the biggest moment any of us could imagine, I was fortunate to stand under the old trees with my beautiful, talented wife — who I turned into an Auburn woman in the course of a single tailgate, who later joined the faculty — and celebrated a national championship with thousands of friends:

That’s a great memory, but not hardly the best. And Saturday, we were reminded once again, that this has never been about the trees, but about all of those people, our people.

Related: Meet the 100-year-old Auburn fan who got to Toomer’s Corner before sunrise to say goodbye to the Toomer’s Oaks.