The remains of the Toomer’s Oaks received a police escort, complete with sirens and flashing lights, en route to their temporary new home in a storage facility on campus.

“I definitely teared up,” said Auburn junior Maggie Rowland, who took the below photos of the procession. “It was like a funeral.” 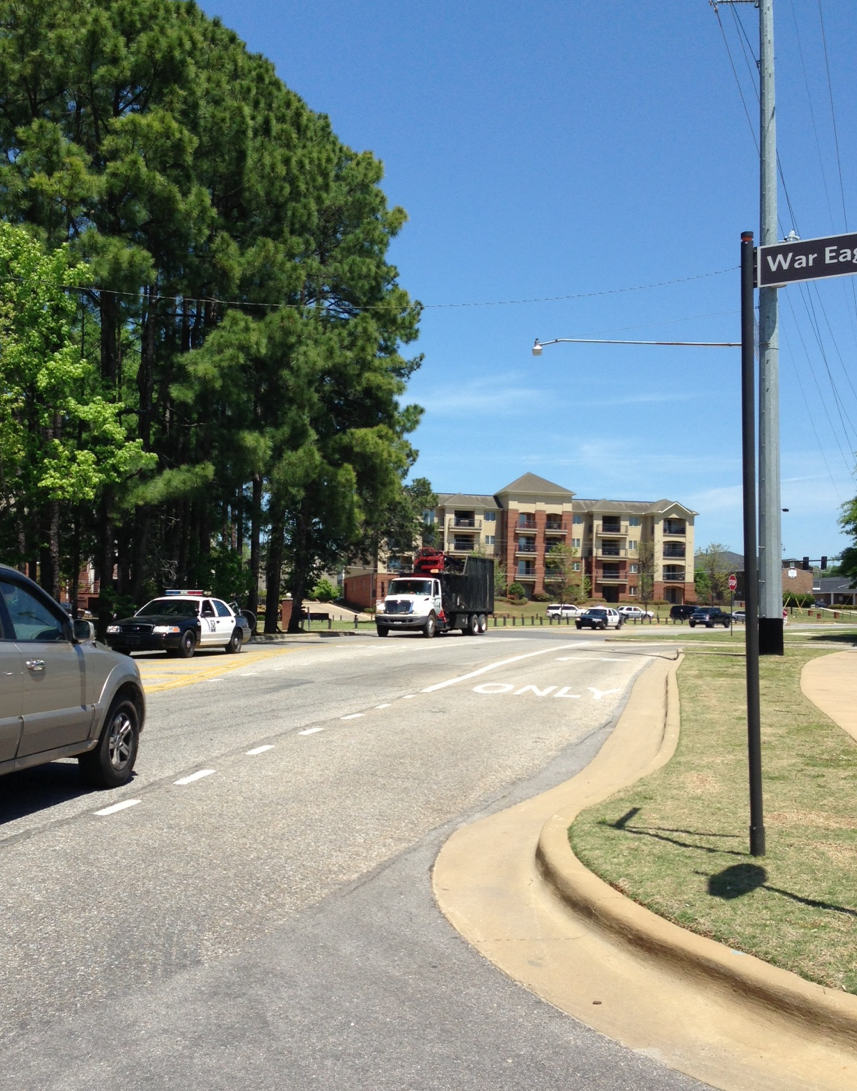 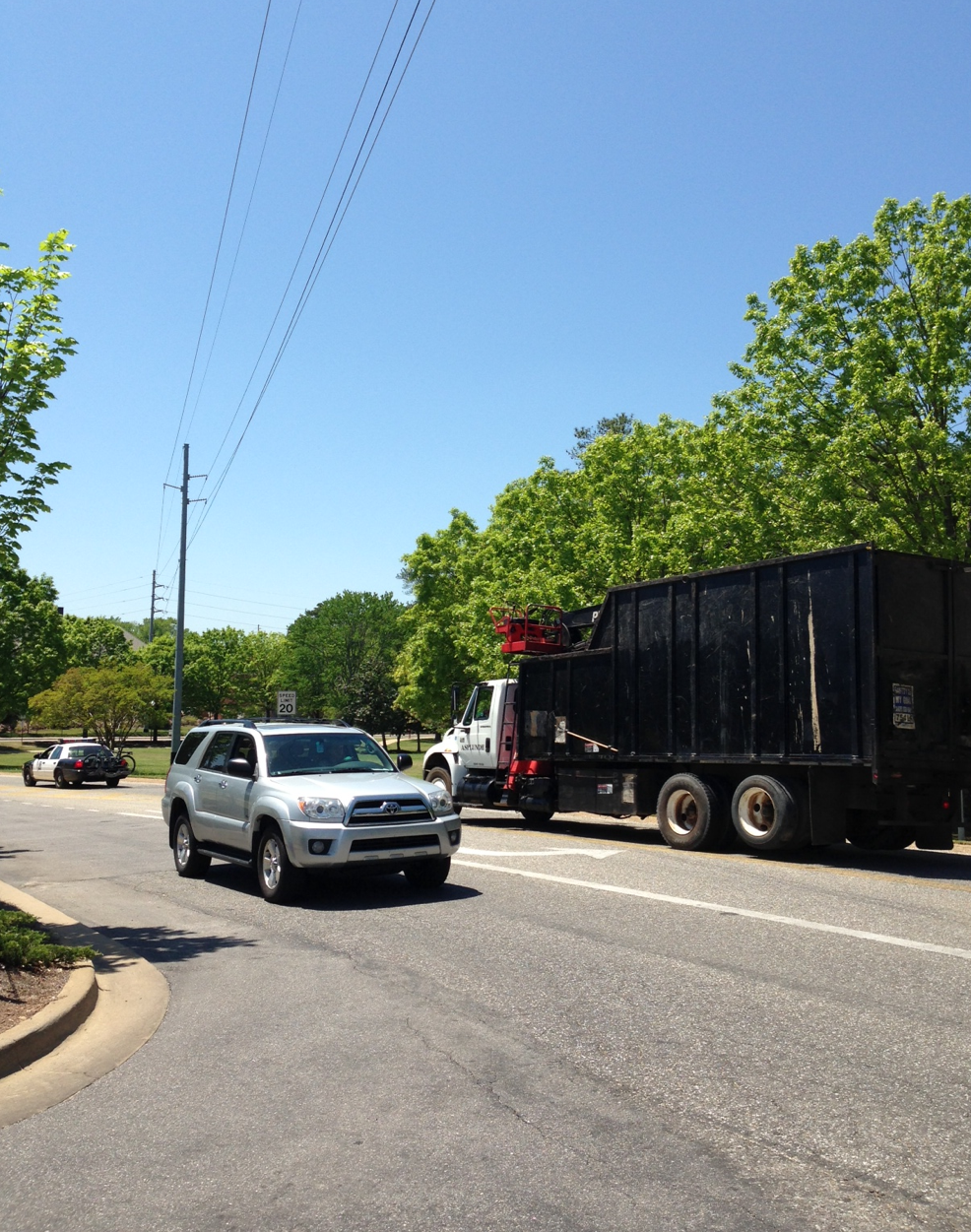 Despite not watching the oaks’ removal in person—”my stomach couldn’t handle it”—Rowland couldn’t escape what was happening at Toomer’s Corner this morning. In addition to seeing the trees drive past her, Rowland says a photo of her with her arms wrapped around the trunk of the College Street oak that made the wire services soon after Auburn fans learned that the oaks had been poisoned was used in ESPN’s morning coverage of the oaks’ removal.

The wood, and even the rhizomic shoots, from the oaks are being turned into souvenirs, and into a really fancy bowl.