To keep TWER traffic riding the water cooler wave of Mad Men’s return—you know how we roll—here’s a little something on Auburn graduate Anne Jacobs. Because other than, you know, this and this, it’s hard to get more Auburn Meets Mad Men than a photo of a 1967 Auburn cheerleader turned Playboy Club-frequenting United Airlines Stewardess holding an Auburn pennant. Oh, and did we mention they used it in an ad? 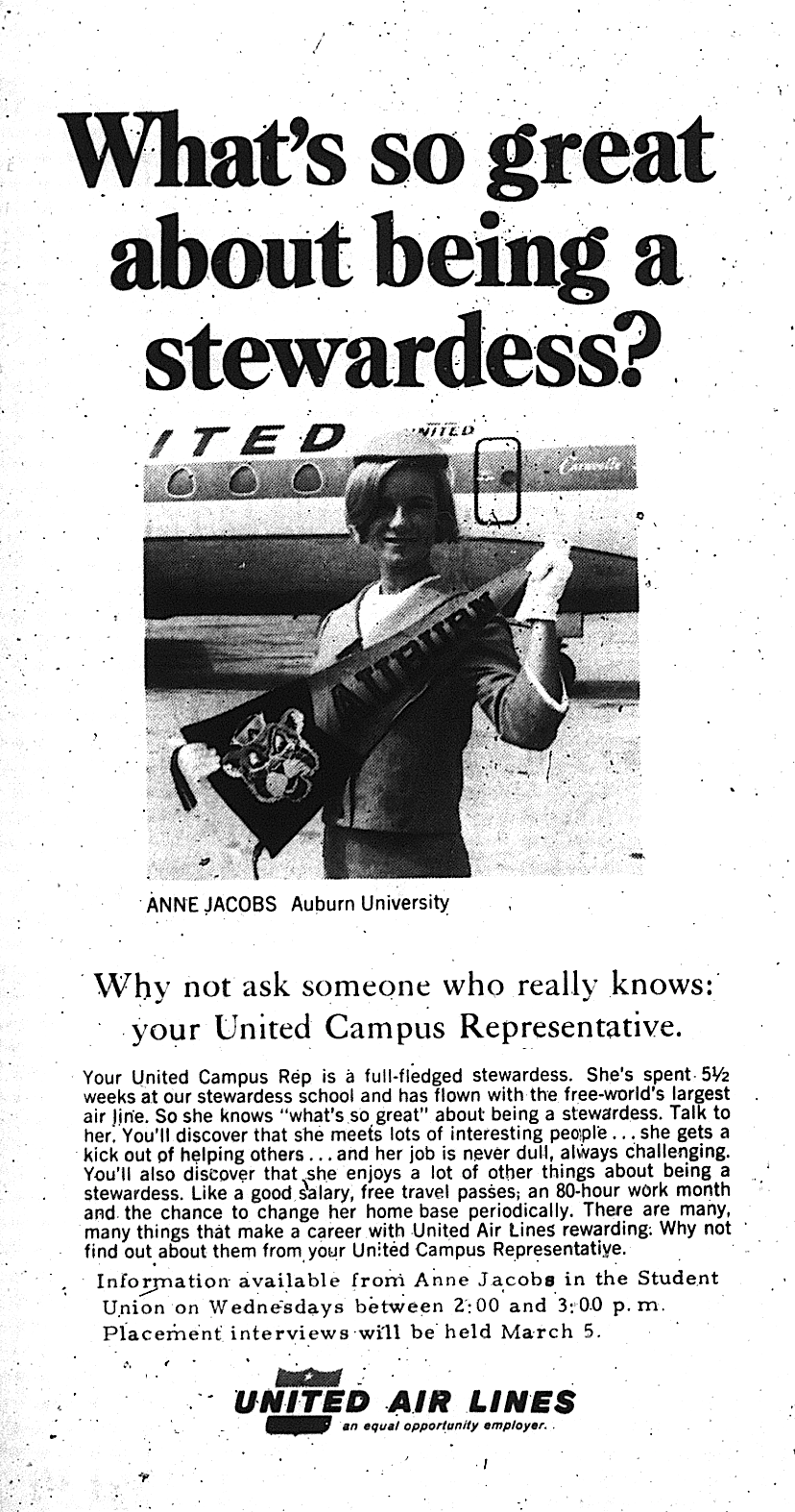 Sure, it may (or may not) have only been printed in the Plainsman, but still.

Anne was a Phi Mu who beat out 70 other applicants for the Stewardess From Auburn gig. She went to stewardess boot camp and learned that there are “50 percent less divorces among stewardesses than other professions.” She was constantly doing southern accent requests over the intercom for all the yankees flying the friendly skies, and turning down invitations to spend the weekend with old couples from Milwaukee and receiving boxes of candy from thankful parents of fussy babies and befriending teenage boys flying by themselves to California after mountain climbing lessons in the Alps and accidentally spilling coffee on beatniks (I think we just made a Haley Mills movie). Of course, as a teetotaling Auburn coed, she had no idea how to mix drinks.

“I didn’t even know whether to put a cherry or an olive in a drink,” she told the Plainsman. “The first time I got an order for a ‘screwdriver,’ I started to head for the toolbox.”

But even this proper Auburn lady “saw the inside of the Chicago Playboy Club more than once during her summer.” 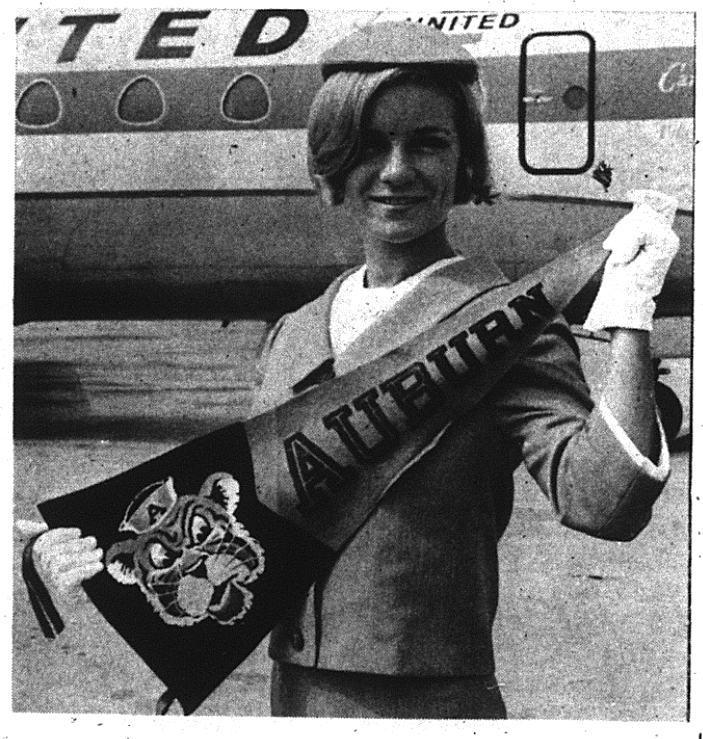