UPDATE: … and there it is, the Well He Sure Did’est photo of them all, hiding in plain, undeniable, no longer ironic sight on the cover of David Housel’s 1973 classic “Saturday’s To Remember.”

“Like, actually on the field?” an Auburn city councilman asked yesterday upon hearing—and trying to come to terms with—the news.

Yep—it wasn’t just a gag gift he took out of a desk drawer to freak out recruits, or a Sunday mass showpiece. Shug wore a houndstooth hat—his daughter says he had at least two—on the field in the late 1960s. Frequently.

Here he is, hat in hands, after Auburn’s win over Arizona in the 1968 Sun Bowl: 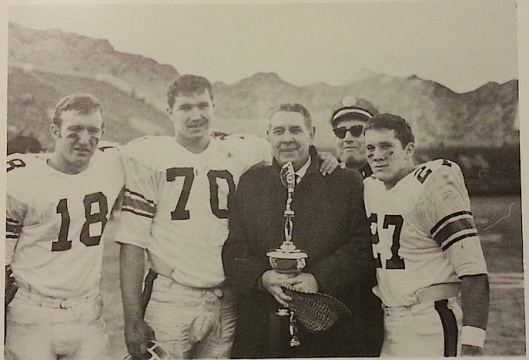 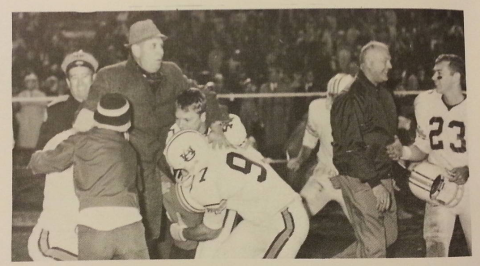 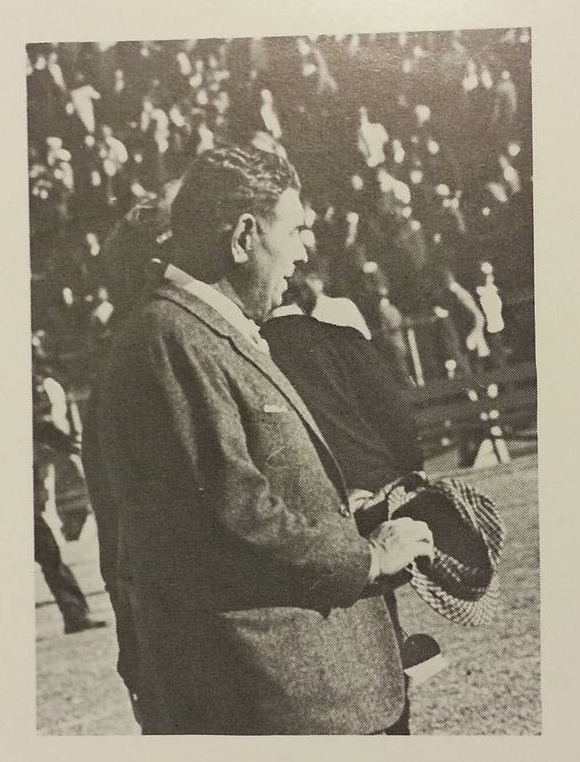 Auburn coed Kathy Owsley caught Shug’s hat when he threw it into the stands after Auburn’s epic-enough-to-say-epic win over Alabama in the 1969 Iron Bowl. She returned it to to him to bring him luck in the Astro-Bluebonnet Bowl against Houston. It didn’t. “But we don’t talk about that,” says Owsley (now Kathy Moates), who got the hat back from Shug after the game and brings it out of the closet each football season. 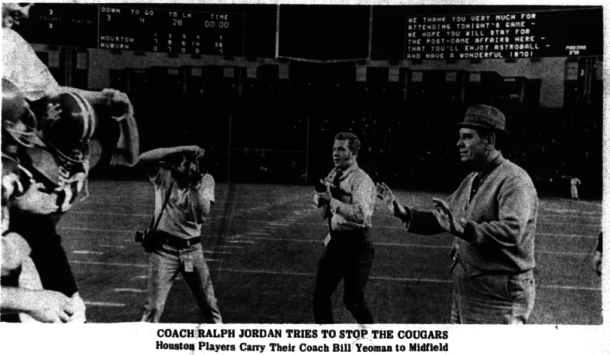 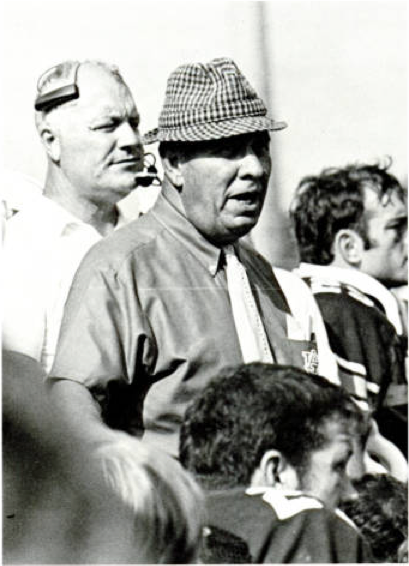 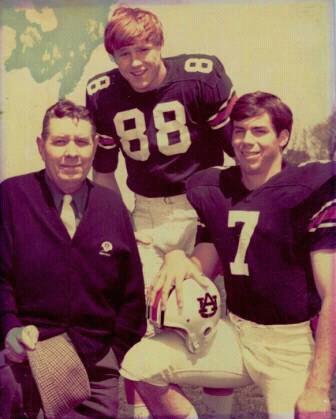 And of course, there’s that ad in the 1970 Auburn-Georgia edition of Auburn Football Illustrated that first dropped our jaw.