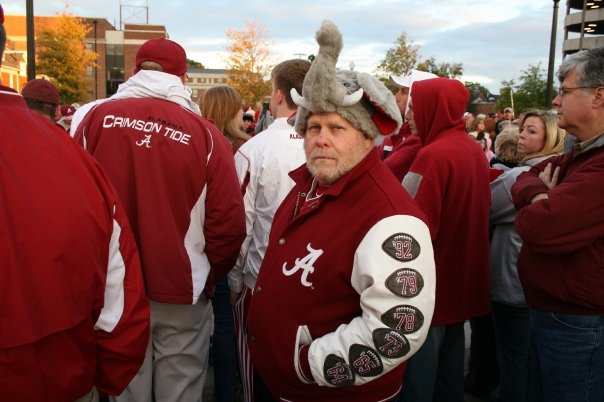 You can finally leave off “allegedly.”

Updyke was sentenced to three years and remains incarcerated until he finishes serving at least six months.

From the press release:

Upon his release, Mr. Updyke will be under supervised probation for a period of five years. Conditions of Updyke’s probation include a 7 p.m. curfew, he is forbidden to attend any collegiate athletic event, and is banned from any property belonging to Auburn University. Mr. Updyke was also ordered not to speak to the media as an addition condition of probation.”

Mr. Treese said “We have a significant number of violent felonies awaiting trial in Lee County and I  could not in good conscience justify financing a three wee trial merely to arrive at no better a resolution.” According to Treese,  a trial would have caused the state to incur the expenses associated with the transportation and lodging for as many as 50 witnesses plus the fees required by several experts.

Restitution costs will be assessed by the court at a later date. However, under Alabama’s Farm Animal, Crop and Research Facilities Protection Act, the amount of restitution is automatically doubled once determined. Mr. Treese further state that “Whether or not Mr. Updyke can manage to stay on probation is entirely up to him. Despite the destruction he has caused, no one is capable of diminish the spirit of our community.