We just knew the 2010 Georgia game would be the last time Cam Newton would throw a ball in Jordan-Hare. We were so shortsighted—obviously the intramural basketball star be back one day slinging spirals for Under Armour commercials, like he was yesterday morning, the last day before Auburn let out Spring Break, normal college student style. 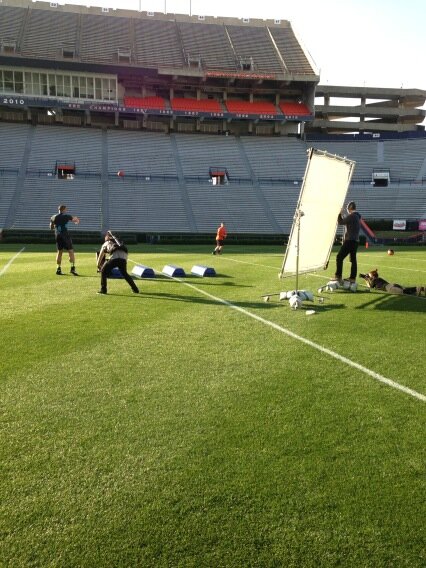 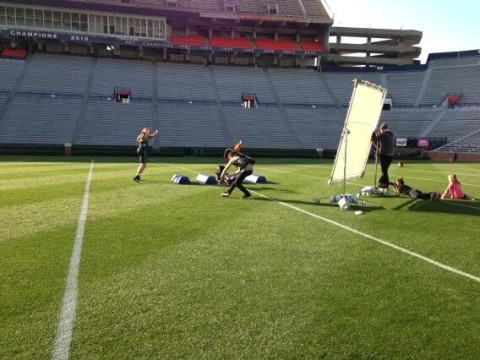 Newton wasn’t among the former quarterback throwing to receiver’s on Auburn’s recent Pro Day. When asked last week by a TWER errand boy if he would participate, the Blessed Individual replied “Nah, man… I got class.”

Speaking of Spring Break, the money spent asking him to a Phi Mu formal with a singing Valentine is currently funding the Wesley Foundation’s Spring Break mission trip to Mexico.

Related: Cam brings donuts to class ‘because it was Thursday’