I grew up in Birmingham. So it’s still kind of too soon to go into the Blizzard of ’93, at least as I, a One Percenter that still didn’t have power after two weeks or something, experienced it. The wounds are still too fresh—I’ve only just this year regained feeling in my left pinky toe—and the nightmares still to vivid (Can you say “THUNDERSNOW?” Because I still can’t).

But it’s always fun to learn about what happened in Auburn that historic week starting exactly 20 years ago today. Especially when it involves a SnowBatmobile.

So here are some photos recently re-discovered by Kevin Graves, a student at Auburn in the early 90s, and as you can see, an artist.

On the night of the March 12, 1993, Graves and a few pals, Charles Bennett, Bryan Thieman and Steven Rush, all Auburn students, were driving home to Shady Glenn Condos on E. Glenn Ave. from a huge, brave-a-blizzard worthy Steven Curtis Chapman concert–talk about a Great Adventure–in Macon, Ga. in record snow. Nearly half a foot of snow would fall on the Plains by morning. Classes would be cancelled. But not college.

Graves, a big comics fan at the time, had a movie book with detailed photos and drawings of the Batmobile and “convinced the others it was something we could pull off before the sun came up or John got home the next day.”

John (Piwetz) was Graves’ roommate. “It” was turning John’s Mazda RX-7 into, yep, the Batmobile. But it takes a lot of snow to build a Batmobile.

Rush and his trusty S-10 came through with truckload after truckload collected from parking lots and drifts at Felton Little Park.

“We had a Rubbermaid 30 gallon trashcan, packed it full and tight, turned it over, and cut the upended cone into two halves with a big, thick metal yardstick from J&M,” Graves says of the design. “Shoved those against the sides of the car. Filled in the rest, carved the sides and details with the yardstick as well. We stayed up all night long. It didn’t melt for more than a week!”

Which was good, because it took John a week to get back, in someone’s Jeep 4×4. At least he got to see it.

“(John) verified that he walked to work at the AU Hotel and Conference Center his first day back just because he hated to destroy it.” 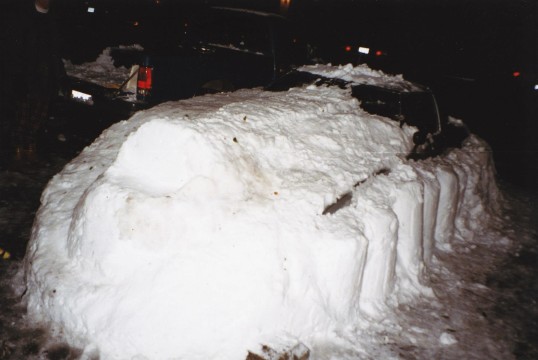 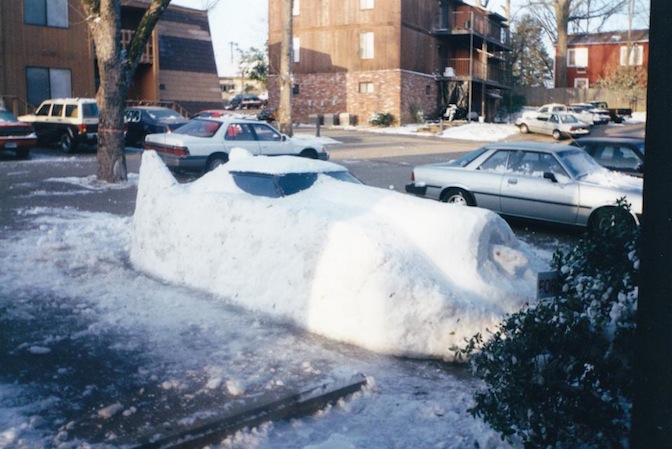 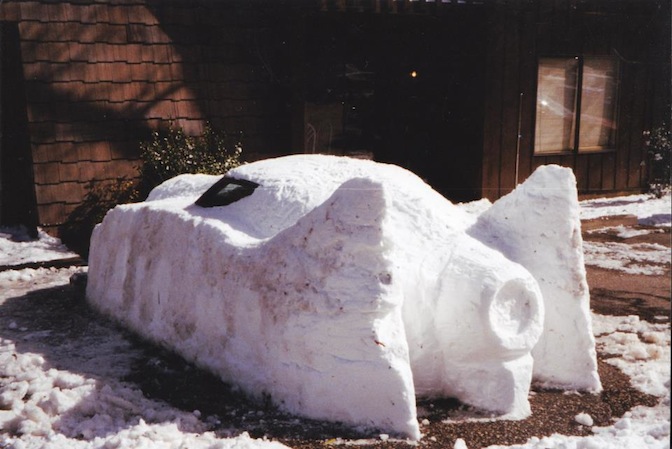 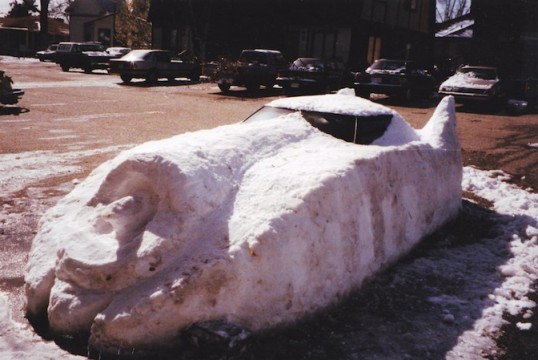 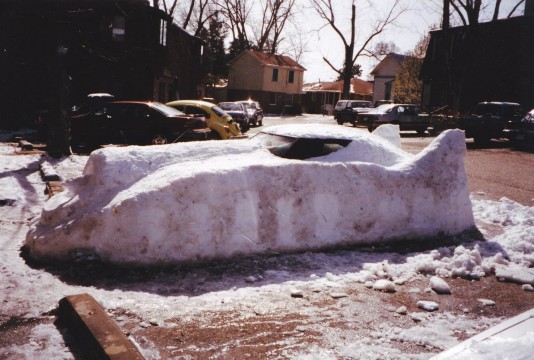 You can help keep more stories like this coming by supporting TWER via Patreon.

* 78 never-before-seen photos of the Kopper Kettle explosion of 1978
* Rare candids of Pat Sullivan at the 1971 Heisman banquet
* That time Green Day played an Auburn house show
* The G.I. Joe from Auburn
* Two campy degrees of separation between Auburn and Swamp Thing
* I Survived the Kopper Kettle Explosion and all I got was this T-shirt