It’s been a few weeks since I’ve had a chance to put a War Eagle Relics together, but here are a few things I’d like to share with you on this fine February morning. 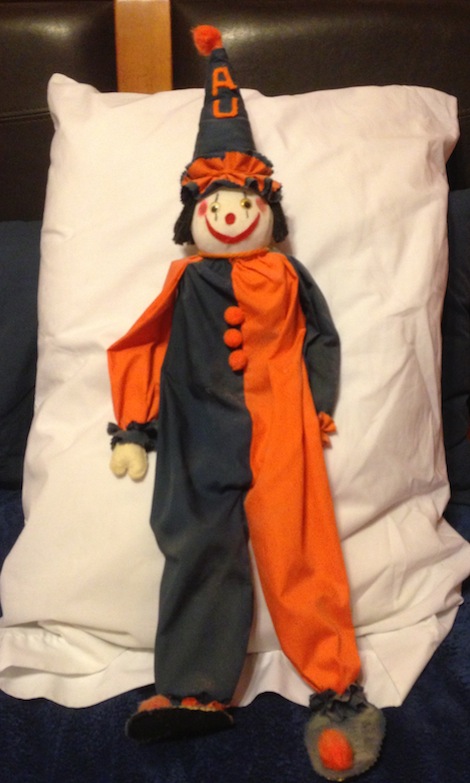 “Well, I have some stuff you might like. I don’t know why I haven’t sent you any of these yet. First is a semi-creepy Auburn clown. My parents gave it to me a while ago. I would date it from late eighties to early nineties.”

Semi-creepy?! While I do not personally suffer from coulrophobia (fear of clowns – I had to look it up), I could definitely see how one who is so afflicted would be terrified by this perfectly innocent but admittedly disturbing relic. The way he is posed for this photo even brings back memories of watching Poltergeist as a kid and being freaked out for days. 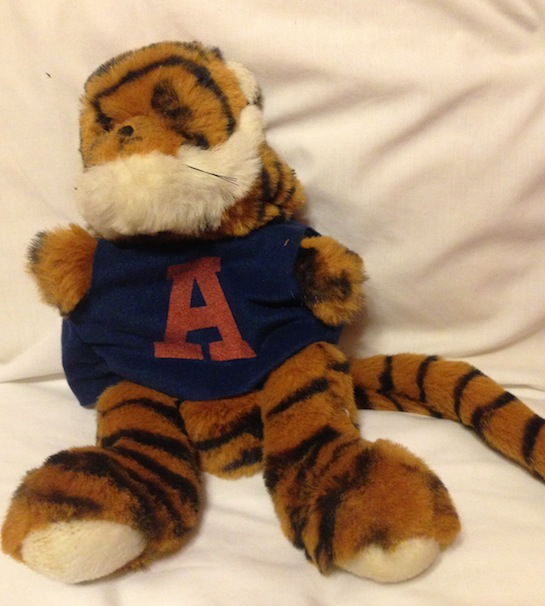 “Finally, my favorite. An Aubie puppet, featuring an orange capital “A” on his blue uniform. I do not know the date of origin, but the tag on the inside claims it is an ‘Officially licensed collegiate product.’”

This childhood artifact of Josh’s is the perfect adorable antidote to the creepy clown above. That seriously might be the cutest tiger face I have ever seen, especially the nice white beard. 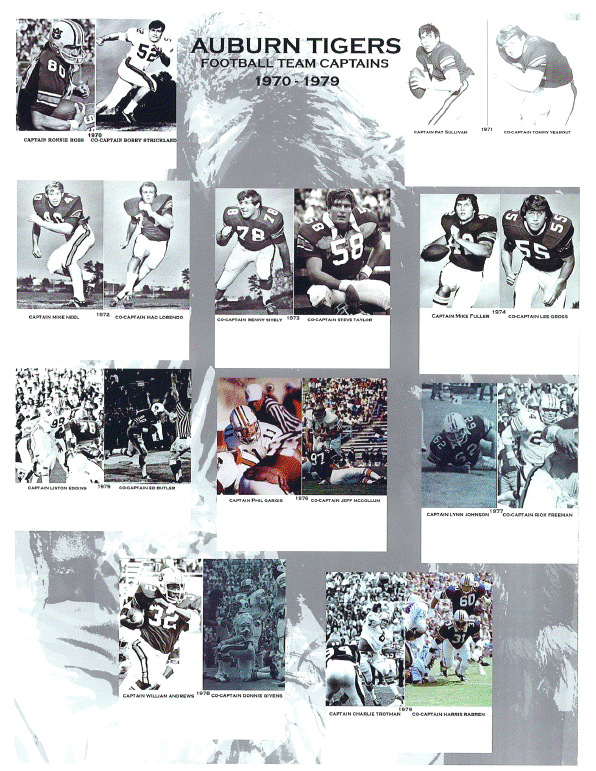 While this poster contains plenty of names familiar to most Auburn fans (Sullivan, Gargis, Andrews) there are also many that are less well known but no less important to the history of our program. I’m particularly partial to 1979 co-captain Harris Rabren, whose orange jersey was featured in an early post courtesy of his wife. I also love the old school football action pose pictures that players used to be forced to take. Really wish they could make a comeback, even if ironically. 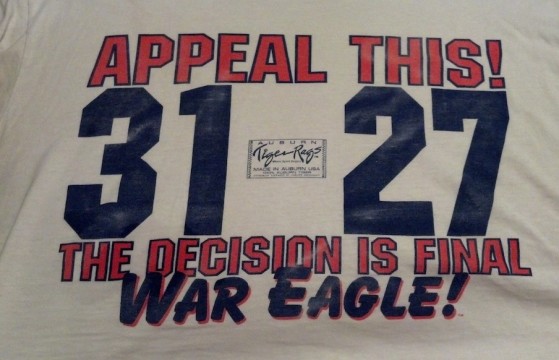 “Here’s one I don’t think y’all have had. This is probably the oldest t-shirt that still fits me. It is from the 1995 Iron Bowl. Alabama was appealing their NCAA sanctions at the time.”

We’ve featured items from this particular Iron Bowl in the past, including the game highlight video and the game program, both from my personal collection. Since it was my first Iron Bowl as a student, I’ll pretty much use anything from this game that comes my way, but a T-shirt that highlights both our victory and Bama’s NCAA issues is like a bonus. 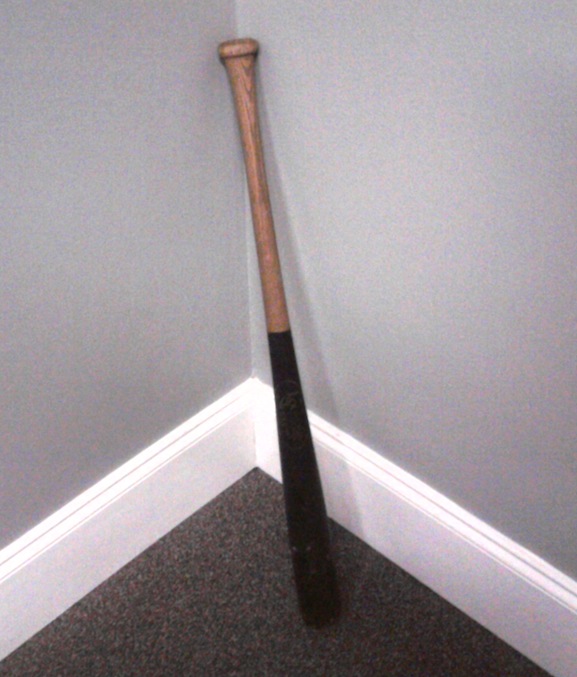 “There’s no way to tell what’s on the bat in a photograph, but it’s a 29in Louisville Slugger – Bo Jackson model.  The signature is tough to see, but I was really excited when I saw it.”

With the return of Auburn baseball, it seemed like the opportune time to bring out a couple of baseball related items I’ve been hanging onto for a while. This first is an autographed Bo Jackson bat, because despite representing a time after his college career had ended, anything Bo is fair game. 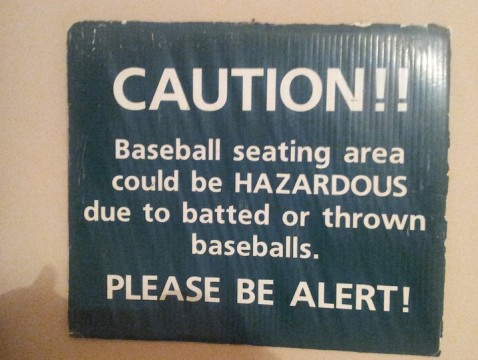 “This sign is from Plainsman Park and was a fixture in the Park until nets were put in to surround the field.”

The other baseball item may not be Auburn specific, but the fact that it came out of Plainsman Park is good enough for me. I spent many a spring afternoon putting my personal safety at risk of being struck by batted or thrown baseballs, so it brings back fond memories for me. I still need a Tim Hudson related relic to really ramp up the nostalgia.

That’ll do it for this edition. Thanks as always to our contributors. If you’ve got something you’d like to share, send it to me at [email protected]. To check out previous posts, click here.