UPDATE: Here’s video. They played “All I Do Is Win.”

Atlanta’s Westlake High School, Newton’s alma mater, retired his No. 2 high school jersey at a ceremony Friday night during Westlake’s basketball game against Langston Hughes. The Blessed Individual was in attendance, as was his Heisman Trophy, which apparently sat in a box under the desk of the school’s athletic director all day long. 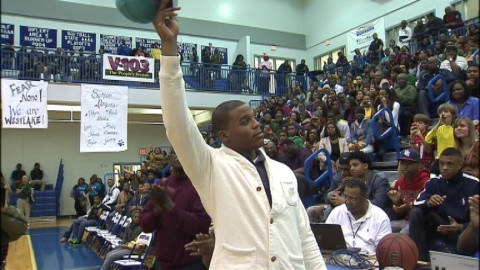 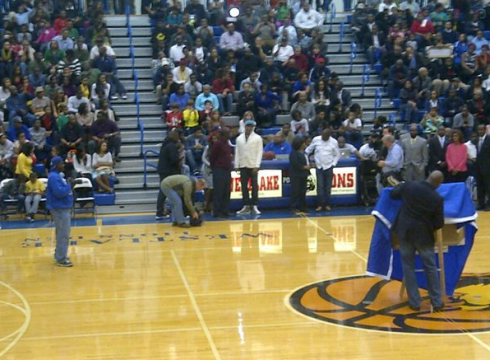 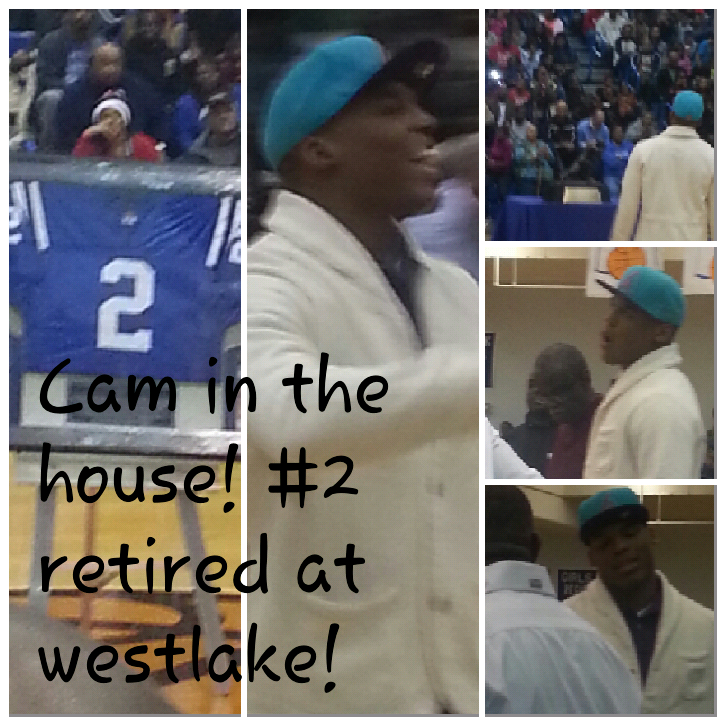 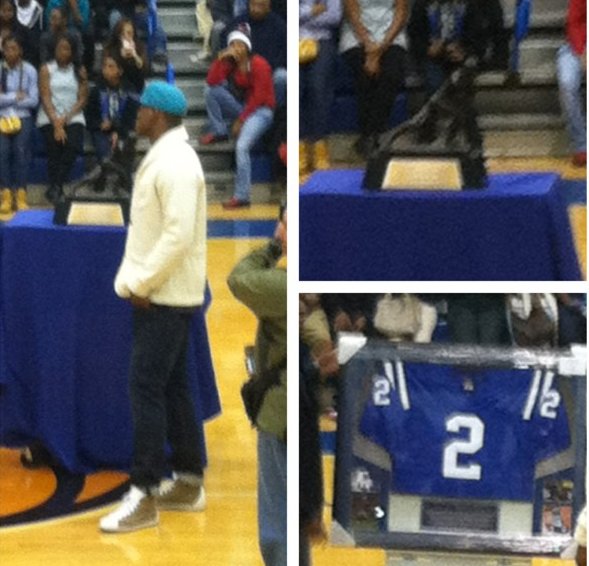 How long does his Auburn one have — seven months? A year? Two?

Newton actually talked about returning to Auburn while addressing the crowd.

“That’s something that I promised my mom,” he said. “It’s been somewhat challenging going back and putting my school face on and trying to study up. But it’s been fun as well.”